The Nintendo NES changed the lives of arcade gamers everywhere in the 80s. Why? because you were able to play some awesome 8-bit games right in your own living room. Guess what? It’s still incredibly popular today. 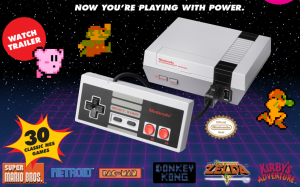 While some of the players today may be a little too young to remember the first titles for the gaming system, it doesn’t stop them from purchasing an all new version of the console. Back in the 80s, an NES system retailed for about $89, which was quite the pretty penny back then.

Interestingly enough, we reported that a miniature version of the console was released in 2016 to celebrate the 30th anniversary of the console (it actually released in 1985, they were late). That version was even cheaper at a $59.99 retail price. The NES Classic also came preloaded with plenty of titles.

Then, madness ensued and the console was sold out before you were able to get your hands on it. Now, due to it’s high popularity and all time high in-demand status, the console is selling for $200-$400 in some extreme cases.

Some clever individuals out there realized just how popular the system would be and got their hands on multiple systems. That way, they could resell the extra systems for a mark-up. Great way to make some money, however, it kind of cheated some hopefuls out of grabbing the console. However, it can be yours for the right price. Would you pay over $200 for a fully loaded Nintendo NES Classic? Let us know in the comments section below.