It’s True, Roseanne is Back and You Don’t Have to Wait Long to See it

Home » It’s True, Roseanne is Back and You Don’t Have to Wait Long to See it

It’s official, Roseanne is back! Ten years after the show originally aired on ABC, the network will have another 8 episodes, said to release this Spring. And fans are in for a couple surprises.

It’s True, Roseanne is Back and You Don’t Have to Wait Long to See it

The first thing being, what about Dan? People are feeling jarred about the whole situation. Is Dan dead? Is he still alive and well? 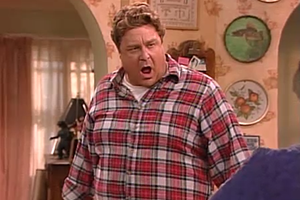 Turns out he didn’t die at the end of the last season. Roseanne wrote the situation into the script to explain everything. Want to know more? Tune in and enjoy!

Even more surprising? Both Dan and Roseanne voted for Donald Trump and this, too, is discussed on the show. Roseanne said, “I’ve always attempted to portray a realistic portrait of the American people and working-class people. And in fact, it was working-class people who elected Trump, so I felt that yeah, that was very real, and something that needed to be discussed and especially about polarization in the family, and people actually hating other people for the way they voted, which I feel is not American.”

Beyond that, the show will be similar to the 80s Roseanne revolving around similar topics as it did in the 80s and early 90s, but with the spin and relevance of 2018. Bills, work, expenses and the usual Roseanne banter are all things to be expected from the reboot.

There are some obvious differences to the original: 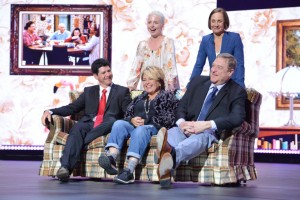 -technology and use of it have exploded since the 1980s

-prices are very different, in example, it costs more to buy a house, but interest has fallen dramatically

-same sex marriage has become legal in several states since then and more.

Anyone who loved the 80s Roseanne will certainly be looking forward to this reboot! The same show, the same cast, and the same conversations we all have, Roseanne style.  Watch for Roseanne to be out as early as the end of March, 2018. And welcome back, Roseanne.