16 Things To Reminence About the Original Roseanne

Home » 16 Things To Reminence About the Original Roseanne

Roseanne was a show about family and the typical issues we all deal with. The show revolved around family, money, kids, life and everything that comes with it. When the show wrapped in 1997, there were a few talks about making more 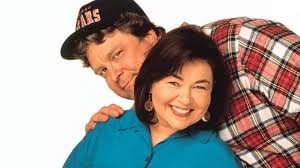 episodes, but nothing ever panned out. That was until 2018 and bam, Roseanne is set to come out again this spring. To relive the fun of the first Roseanne, let’s take a look back at the 80s/90s sitcom with some facts, tidbits and quotes.

16 Things To Reminence About the Original Roseanne

The new Roseanne will be out any day now and is sure to be just as shocking and real as the first one was. Fans cannot wait and they don’t have to wait long.