The 80s movies are people pleasers and will continue to be through the decades. If you can believe it, the 80s are almost entirely 30+ years old. These movies all came out in 1988 and are 30 years old this year. These are the four best movies of the year. 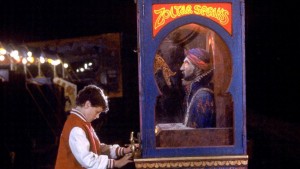 Just a couple of kids playing games and buying toys. Big is such a fun movie. Josh gets his wish and becomes an adult. He gets to see the fun, money-having, decision-making side of being an adult but soon realizes he wants to be a kid again. He has to leave his apartment of toys behind, but it’s worth it to be with his family and his BFF Billy, again.

As an 80s baby, I grew up watching this movie with my Dad. Willow is the tale of Elora; finding her, saving her and protecting her. Willow knows that Elora is to be the one to take down the evil sorceress Queen Bavmorda and he takes it upon himself to take care of her in the mean time.

The Land Before Time 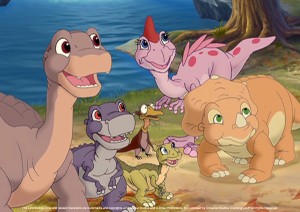 Who doesn’t feel a twinge of sadness when Littlefoot’s parents die? He doesn’t have them but he does have his friends. The group battles the big, bad dinosaurs together, warms each other and are there for each other. This movie is one you can watch over and over again.

Nothing is better than seeing Chet and Roman duke it out in this family comedy. Whether it’s the racoons leaving you laughing or watching Chet get pulled around the lake at warp speeds, this movie is constant entertainment. In the end, it’s all about family and they are all better and stronger because of it.

Maybe you liked Nightmare on Elm Street or Mystic Pizza best in 1988. For me, these four movies can’t be beat.