How Different is the New Roseanne From the Roseanne of the 80s?

Home » How Different is the New Roseanne From the Roseanne of the 80s?

The newest episodes of Roseanne aired last night, and they really were good. Check out some of the reasons why the new Roseanne is so awesome below.

How Different is the New Roseanne From the Roseanne of the 80s?

There were some things that were very much so a surprise. Like the 80s phone in the kitchen was still there, the landline phone with a cord that hung on the wall, yet no one used it. You know what else no one used? A cell phone. It’s like totally 2018, where is all the media at?

But then, healthcare doesn’t pay for what it used to. Now this is 2018 talk. The show began with Dan and Roseanne divvying up their medications to share. Now, this is not something people should do but it is a show of the times.

Another show of the times? The politics of Trump and Hillary. Roseanne’s mostly republican 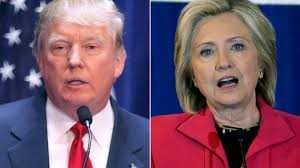 family is off put and has vastly different views than Aunt Jackie does. Which pretty much translates to the whole US at this point..

Roseanne drives for Uber. This is too true! So many people drive for Uber or Lyft. This wasn’t even heard of back in the 80s, mostly because the app is run through cell phones for both drivers and riders, and thus, not available 30 years ago.

They prayed over the dinner table. This was a new and surprising development to the Conner family table. Throughout the 80s and 90s seasons, Roseanne and family reference God and church and things, but never did they pray over their food.

Mark, Darlene’s son, had a pocket knife in school. Well knives (and certainly guns) were never 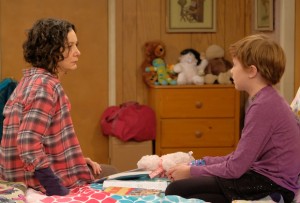 allowed in school, I think having a pocket knife was much less of an offense in the 80s than it is now. However, this scene touched on how different Mark is than the other kids, the fact that he did bring the knife out in self-defense and the very true and scary world that our kids are faced with these days.

And then, the two most obvious similarities. The kids are the same, more than they are different. Darlene’s daughter starts up the steps, yelling down, “You’re ruining my life, I hate you!” I cannot count the number of times Darlene and Becky waged this exact same war.

And of course, Jackie and Roseanne are fighting, like usual. The show starts off with them in a fight, so big, that they haven’t talked in a while. Though they fight all the time, these sisters are 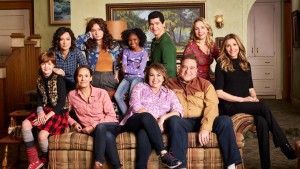 best friends so when they aren’t around for each other, they both suffer. And what was the fight over? Well, politics, of course.

Old shenanigans, new members and a lot of heart, the new Roseanne may not trump the old one, but it can stick around for a while.