Great quotes can make the movie, and 80s quotes from 80s movies are clearly winners. Nostalgic movie quotes and the 80s go hand-in-hand. These are five of the best quotes, from five awesome 80s flicks.

“Where we’re going, we don’t need roads.” Doc Brown, Back to the Future 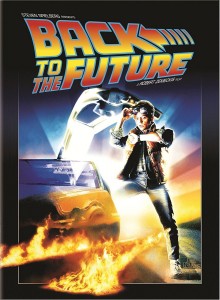 “Don’t you realize? The next time you see sky, it’ll be over another town. The next time you take a test, it’ll be in some other school. Our parents, they want the best of stuff for us. But right now, they got to do what’s right for them. Because it’s their time. Their time! Up there! Down here, it’s our time. It’s our time down here. That’s all over the second we ride up Troy’s bucket.” Mikey, The Goonies 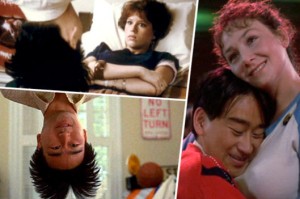 “… he was covered with five pies worth of used blueberries. The women in the audience screamed. Bossman Bob Cormier took one look at Bill Travis and barfed on Principal Wiggins, who barfed on the lumberjack that was sitting next to him. Mayor Grundy barfed on his wife’s tits. But when the smell hit the crowd, that’s when Lardass’ plan really started to work. Girlfriends barfed on boyfriends. Kids barfed on their parents. A fat lady barfed in her purse. The Donnelley twins barfed on each other, and the Women’s Auxiliary barfed all over the Benevolent Order of Antelopes. And Lardass just sat back and enjoyed what he’d created-a complete and total barf-o-rama!” Gordie, Stand by Me 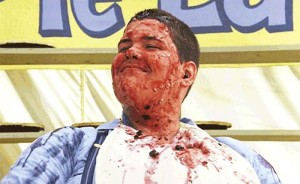 Mikey really rallies the troops and they take the day as their own in The Goonies. But the quote to finish out Gordie’s story, as told in Stand by Me, takes the cake. Well, the pie.