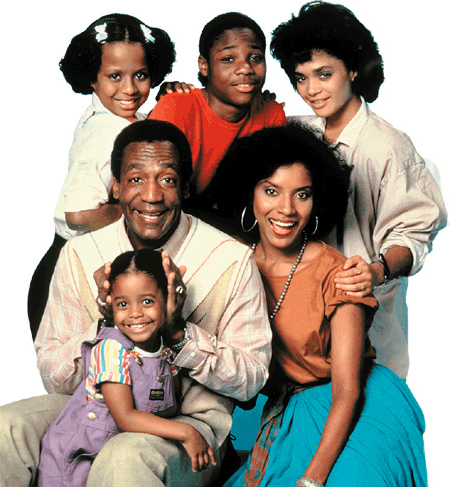 What may have been one of the most beloved shows of the 80s graced our television screens for the first time in 1984. The name of this funny and wholesome family show was The Cosby Show and we welcomed the Cosbys into our homes and hearts right from the start.

Let’s take a look at the typical American family if you live life the Cosby way. Dad’s a doctor and Mom’s a lawyer (Christmas presents must have been great). Then you have the five Cosby children. Of course the oldest daughter Sondra is a Princeton student. The other four children, Denise, Theo, Vanessa and Rudy, were all great kids even though they did get into mischief occasionally.

I loved The Cosby Show – I truly did. I just think it made “normal” families view themselves as seriously dysfunctional. I mean, really, how many guys can say the worst thing they did in their teenage years was pierce their ear without asking their parents, and what teenage girl never once snuck out of the house? I think Mr. and Mrs. Huxtable would have instantly died of a heart attack had their children displayed any seriously bad behavior.

However, if you want to escape back to the 80s and spend some time with a wholesome family that makes you feel warm and fuzzy on the inside, try to catch a syndicated episode of The Cosby Show. It’s good for the soul.