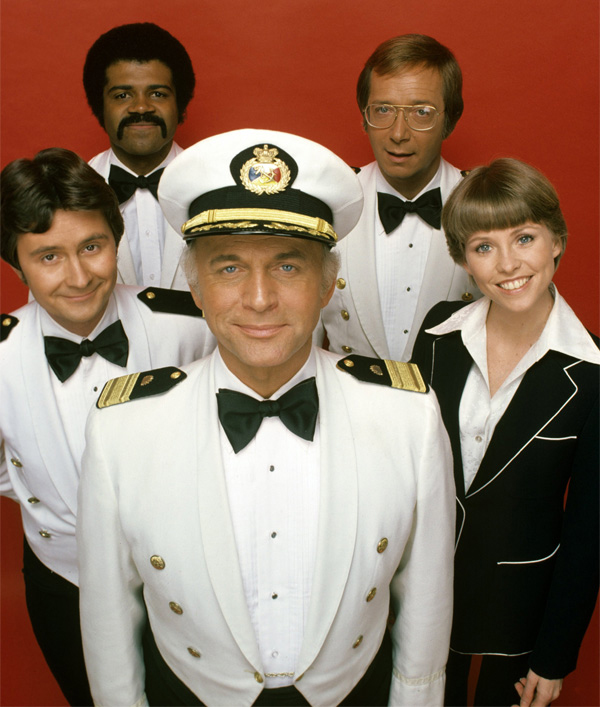 Aaron Spelling was around long before Beverly Hills 90210 came to be. In fact, The Love Boat, one of the most popular shows of the 80s, was one of his other famous projects. The hour-long romance show was set on a cruise ship called the Pacific Princess and featured different sets of famous guest stars each and every week. Some of the guests were old favorites rarely seen on television and others were up-and-coming stars who went on to experience phenomenal success. One could try to list all of the famous guest stars The Love Boat featured, but it would literally take pages and pages of writing to include them all (see link below for full list).

Although The Love Boat first aired in 1977, the show was definitely owned by the 80s. Anyone who is old enough to remember the 80s can’t forget the show’s theme song (see video below), sung by Jack Jones and they definitely can’t forget Gopher, Captain Stubing, Adam, Issac and Julie. Each and every week the ship’s crew worked hard to keep all passengers happy, and sometimes that meant fixing relationships or even working as matchmakers.

There were a few things that set The Love Boat apart from other shows of the 80s. First and foremost was probably the way the show was written. Each and every week there were multiple sets of guests. The plots surrounding each set of guests were written by different writers so the script from each show was the work of many different writing teams, not just one. Click here for a complete list (thanks, Wikipedia!) of the actors that guest starred on The Love Boat.

The Love Boat went strong for a number of years, but there are only so many ways to fix a troubled relationship or get two people to fall in love. In the mid 80s, viewers’ tastes began to change and The Love Boat started experiencing a decrease in ratings. The series ended in 1986 and though there were some reunion specials and an attempt to relaunch the series, it was never able to take off like it once had. The Love Boat had sailed its last journey.

The theme song just feels like Saturday night in the early 80s: