Eighties fashion for women included jewelry – lots of jewelry. One such trend for women and girls was the Add-a-Bead necklace. It is actually one of the nicer (or should we say enduringly tasteful) trends of the 80s and continues to a much lesser extent today.

Add-a-Bead necklaces came in several different forms. They were most popular in the early 80s and were favored by the slightly preppier crowd, owing in part to their understated flare. Add-a-Bead necklaces began with a gold chain in the length and thickness desired. You then built on the necklace by—you guessed it—adding on additional beads one at a time. Most people preferred the traditional gold bead, but pearl, jade, and other gemstone beads were also available. Add-a -Beads were used to honor and celebrate many occasions. For example, it made a great anniversary gift. Husbands could give the necklace with the corresponding number of beads to years married. Each year, a new bead would be added on to the necklace.

Add-a-Beads were given as gifts for birthdays, anniversaries, years taught, years worked, years volunteered, children taught, years sober and so forth. It was meant to be built upon year after year. It was often proudly displayed and a great topic of conversation.  The necklaces were dainty, pretty, and they showed the sentiment behind them.  As you can see in the great vintage pics below (taken from an 80s school yearbook), the add-a-bead necklace paired beautifully with a preppie sweater and some feathered bangs. 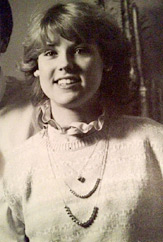 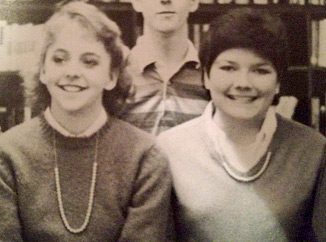 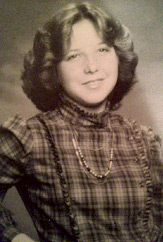 This look-a-like for Julie from Valley Girl (photo at left) must have really been loved in the 80s
because she got not just one, but two add-a-beads!

From a marketing standpoint, it was genius. Give the consumer something that 1 – needed to be built upon every year. It was guaranteed income every year unless the buyer sluffed off and forget to purchase a new bead for the new year, and 2 – It was a surefire gift every year so the gift giver didn’t have to come up with any original ideas.

The repetitiveness is what may have caused the trend to slow down a little. Women got tired of getting only a bead for the necklace every year at anniversary time. The necklace was one of the few things not caught up in neon, camo, or extra large in size (think shoulder pads, hair, sweatshirts). As the mid-80s hit, a shift away from preppie to more outrageous left the add-a-beads of the early 80s to collect dust in the jewelry drawers of many an 80s girl.  Even though the trend has slowed down, beads are still available in some stores.  This clever gal even made her own new version, having long lost hers from the 80s.  We think she did an awesome job; let’s bring them back! 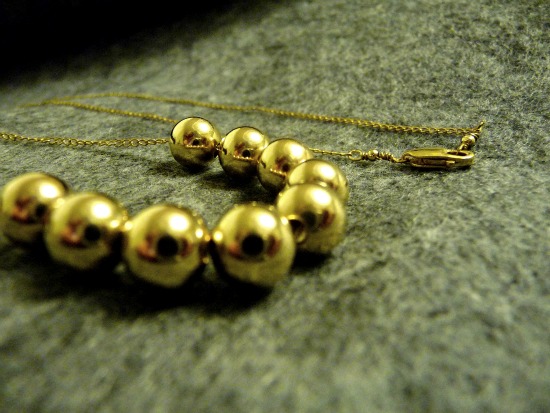