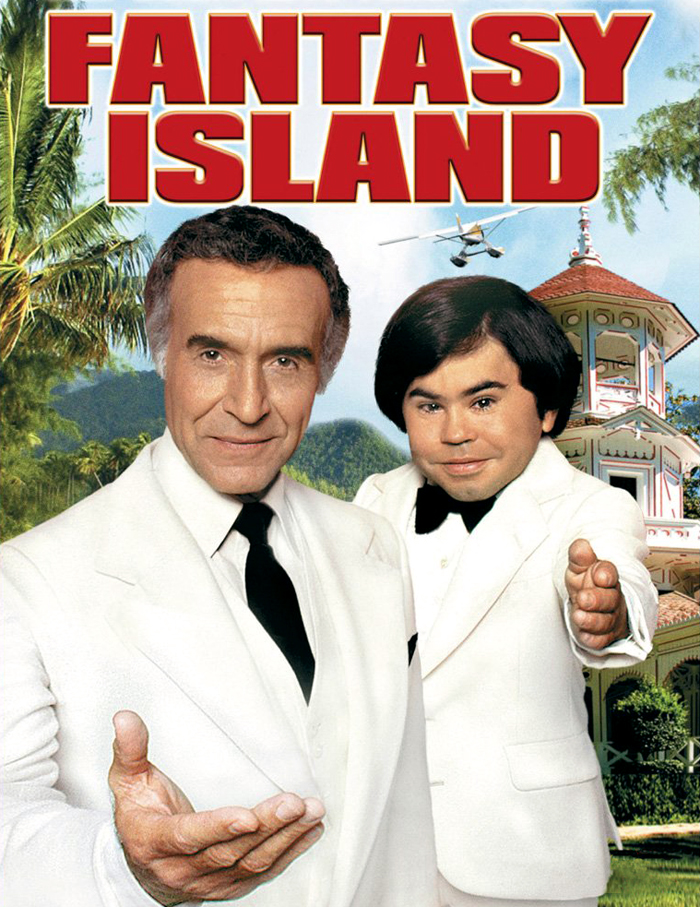 What show featured an exotic island located somewhere in the Pacific and a suave charismatic host who allowed his guests to live out their greatest fantasy? No, it wasn’t a popular reality show but rather ABC’s hit television show Fantasy Island which debuted in 1978 and continued to entertain viewers until 1984. Featuring Mr. Roarke, played by Ricardo Montalban, and his side-kick Tattoo the series was based on two made for television movies. At the beginning of every episode Tattoo would spot the approaching plane and announce “The plane! The plane!” although thanks to his accent it always sounded like “De Plane! De Plane!” Then a charming Mr. Roarke, who was always dressed in his signature white suit, would welcome two guests to his mysterious island and provide them each with an opportunity to live out their fantasies in exchange for fifty thousand dollars. After all this was the 80s! However, guests to Fantasy Island usually got more than they bargained for when their fantasies took a twist allowing them to either learn something about themselves or get something they were not expecting. Although most guests left the island satisfied with their new enlightenment, a few did die on the island while living out their fantasies and a couple even decided to stay and live in their fantasies permanently. With its unique premise and celebrity guest stars such as Loni Anderson, Scott Biao, Joan Collins, Casey Kasem, Susan Lucci, Bill Bixby, Peter Lawford, Bob Denver and Victoria Principal, it is no wonder that Fantasy Island became such a hit in the 1980s and earned itself a place in television history. > View a list of Fantasy Island’s guest stars