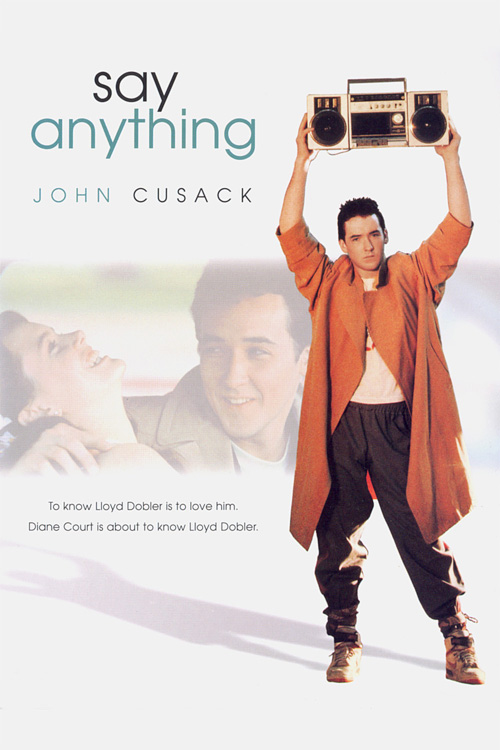 The year was 1989. We were getting ready to say goodbye to one of the most memorable (and lovable) decades in history. It was also the year we were introduced to one of the best films of all time. Enter John Cusack – boom box held high above his head (donning that typical 80s trench-coat-as-fashion-statement) with Peter Gabriel’s “In Your Eyes” blasting – hoping desperately to overcome love’s obstacles. Some would say that one scene alone made millions fall in love with Say Anything (and John Cusack). The film, set in Seattle during the summer after high school graduation, featured the typical 80s teen angst, but was anything but the typical 80s movie. First, it was directed by Cameron Crowe and not John Hughes (who directed many of the hot teen flicks of the 80s). Crowe wrote 1982’s Fast Times at Ridgemont High, but Say Anything was his directorial debut – and it was a hit. To sum up Say Anything in a nutshell: cute, yet awkward guy meets “unattainable” girl, actually dates girl, falls in love with girl and girl’s father wreaks havoc upon the relationship. Say Anything, however, was much more to us than just the plot. The characters had depth and we found ourselves relating to them. Girls everywhere fell in love with Lloyd (the “underachiever” who falls in love with the unattainable “brain”), empathized with Diane (the “brain), and wanted to choke Diane’s father. One of the best scenes of the movie involves Lloyd at Diane’s house for dinner with her father and some of her father’s friends. Lloyd has the habit of babbling somewhat incoherently (although charmingly) when under pressure. In response to questions about his plans for the future, he replies, “I don’t want to sell anything, buy anything, or process anything as a career. I don’t want to sell anything bought or processed, or buy anything sold or processed, or process anything sold, bought, or processed, or repair anything sold, bought, or processed. You know, as a career, I don’t want to do that.” Well put. 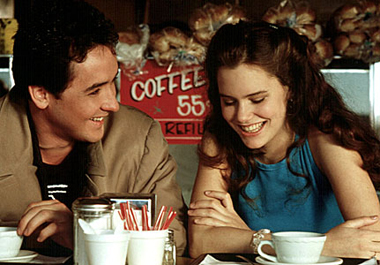 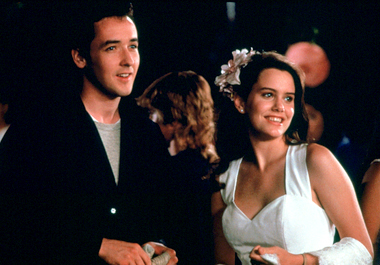 Notable cameo roles include Joan Cusack’s role as Lloyd’s sister (uncredited), just one of several movies in which real life brother and sister John and Joan Cusack appeared together, and Jeremy Piven (when he still had lots of hair) as one of Lloyd’s friends. Fortunately, it all worked out for Lloyd and Diane in the end. It worked out for the film too. Almost twenty years later you can catch the movie on TV every so often; it is also available on DVD. And, if you are a Netflix devotee (as we are at Like Totally 80s) you can watch it instantly on your PC (or TV if you have the receiver) – you don’t even have to wait for the DVD to come through the mail. The lyrics of “In Your Eyes” sum up the emotional tone of the story and the movie, “Without my pride, I reach out from the inside.” 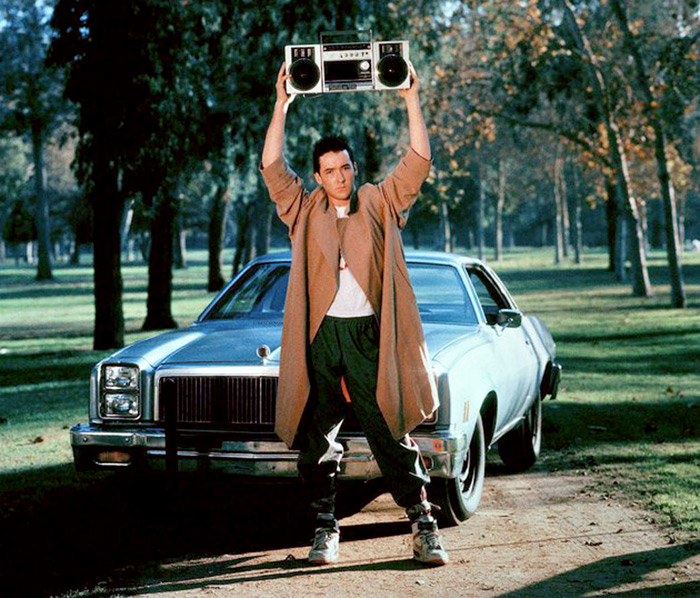