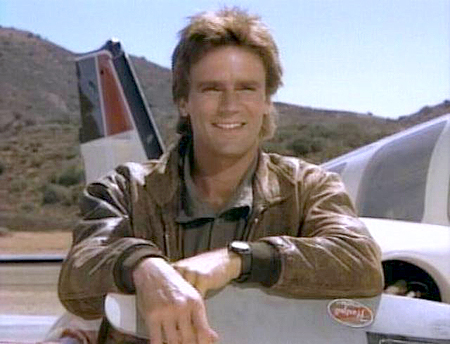 If I say “shoe string, bubble gum, house key and hair spray equals powerful door-blasting bomb” what comes to mind? If you said MacGyver, you survived the 80s. If you had no idea, it’s time to get a clue, McFly. MacGyver ran for seven fun-filled, nail-biting seasons from September 29, 1985, to May 21, 1992 on ABC. And, while he spilled over into the 90s, we at Like Totally 80s will claim him as our own. The show centered around the totally awesome secret agent MacGyver (lovingly referred to as Mac), played by Richard Dean Anderson. His first name proved to be a mystery for many, but it turned out to be Angus (although it was originally supposed to be Stace according to our sources). For a guy who didn’t carry a gun, he sure did get into a lot of trouble and deal out a lot of damage. Like I said, bubble gum suddenly becomes a ticking bomb in the hands of MacGyver. Guys wanted to be him and girls wanted to date him. His rock-star hair and charming good looks were second only to his mind-boggling intelligence – or his ability to apply some pretty cool practical science principals anyway. I mean, how cool is it to air-jet your way out of a pit with a fire extinguisher? Even if it was a smidge unrealistic . . . 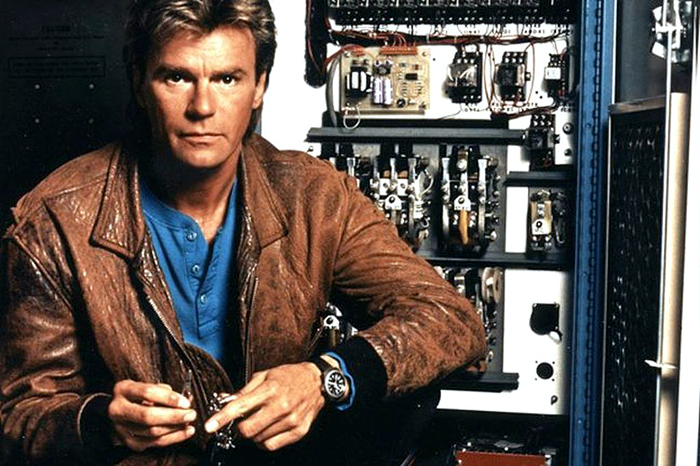 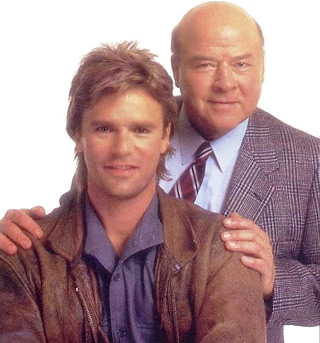 Of course, not everyone loved MacGyver. I mean, Ted Nugent and Charlton Heston probably hated the guy’s guts. MacGyver was, after all, a big fan of gun control. But really, in Mac’s world who needs guns? A light bulb and a paper clip do just as much damage! Whether you loved MacGyver or hated him, one thing was for sure – the show was good, clean fun (compared to today’s TV anyway). Never has someone gotten so much use out of duct tape and a Swiss Army knife. If you long for the episodes you loved or you want to know what the heck it is all these crazy MacGyver fans are talking about, Mac’s now on DVD. Hide your cleaning supplies and bubble gum. Something might blow up. > Read MacGyver Character Bios > Buy the Complete MacGyver Series on DVD http://youtu.be/yOEe1uzurKo