80s Party Decorations Stories: Before & After

We LOVE to receive great 80s party stories like this one. Thanks so much, Michael, for sharing your ideas and pictures. We are sure other visitors can get some great ideas when planning their own 80s party from what Michael did.

First off I wanted to thank you for creating your site. It has giving me plenty of ideas. My girlfriend had her 28th birthday coming up and I wanted to do something completely different for her and our friends. So I had an idea to throw an 80’s party. My vision of a success for this party was a complete transformation of my girlfriends basement which was over 1000 square feet to the ultimate 80’s club. I’ve spent over $400.00 on party supplies. Check out the Before and after pictures (see below). Everyone that entered the basement had their eyes go wide and mouths dropped on how the room came out. We had 40 guests and 27 were dressed up. I’ve provided several pictures. My biggest task was how to come up with a temporary solution to cover up mocha color walls and brown leather couches. I had to come up with some innovative ideas. For $35.00 dollars I bought table cover rolls (Black and purple) to cover up the walls. I’ve used a puddy tape that would make it stick the walls without ruining the paint. I’ve bought a couple of vintage posters from a flea market for $40.00. I’ve spent another $125 on photo ink and photo paper to print out all of the mini 8 by 11 movie posters that you see around the room. It cost $20.00 for the zebra sheets that covered up the couches. I bought off craigslist for $25 dollars a bunch of 80’s LP’s and I’ve used the puddy on sections of the wall that I’ve kept the original color and had the record and record cover on the walls. All of the high hats were replaced with either strobe light bulbs, black light bulbs, blue and red light bulbs. I had rope lights along the floor of the walls. I’ve also had a disco ball and black light that I used by the music area. I’ve also bought a bunch of 80’s CD’s for about 10 hours worth of music. The party was amazing. Its been a few months since it has passed and people are still talking about how great it was. We might make this an annual event since everything was able to come down very easily and none of the posters were ripped or ruined. 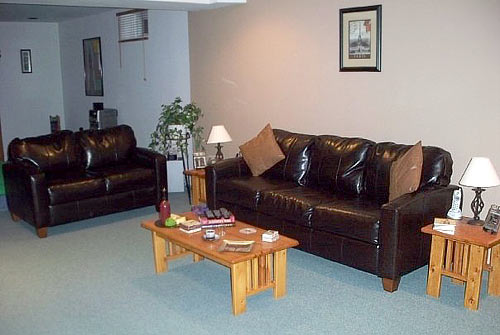 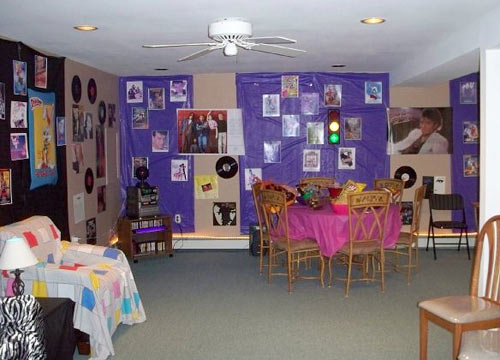 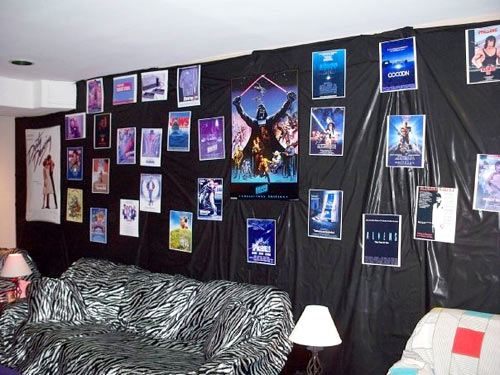 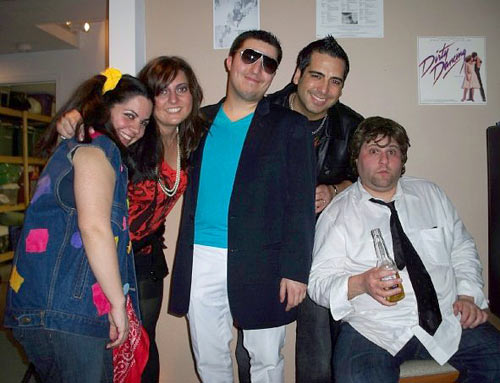 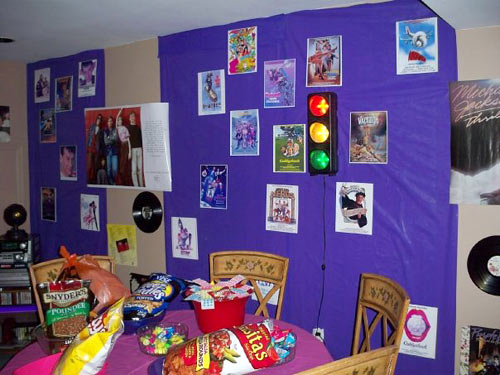 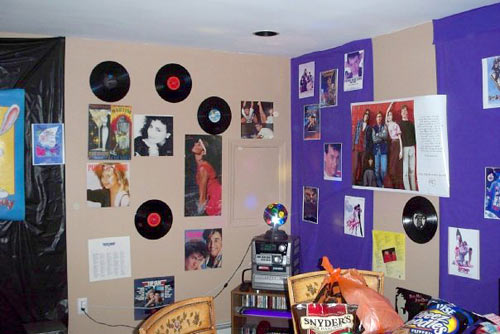 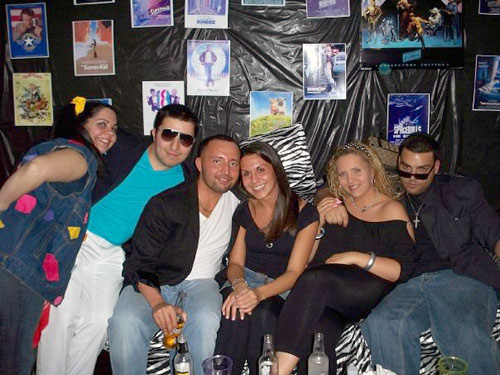