I’ll take the physical challenge! Nickelodeon broke out the dares and the debauchery known as Double Dare back in the 80s. Teams would battle back and forth on trivia questions and inevitably, physical challenges . . . hilarity would then ensue. The ultimate goal was to get to the final level — the obstacle course. The kids would run through a timed course, searching for flags up a huge nose or inside oversized waffles in order to get to the end in time. If they won, the kids would usually either get a vacation or a trip to Space Camp! If they lost, however, they would be forced to spend the evening curling Marc Summers’ perm. 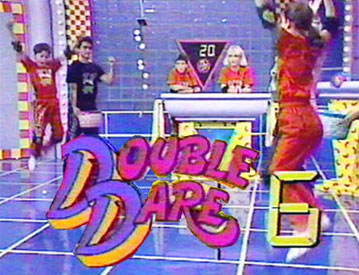 “Hey, Alasdair” . . . “Yes, Lisa?” It’s time to fire up a Locker joke and kick it Nickelodeon style. The sketch hit, You Can’t Do That on Television, became one of Nick’s top rated shows and kept its audience coming back for more with every slime splash and water spill on the unsuspecting actors. The show offered a smorgasbord of recurring gags and clips–the kid chained to the wall in the dungeon, the firing squad, Barth’s burgers, and the housewife who always wore those yellow dish gloves. It was low brow–but it was high entertainment. Even Alanis Morrissette got her start on the show. Come on. . . .”you oughta know” that! 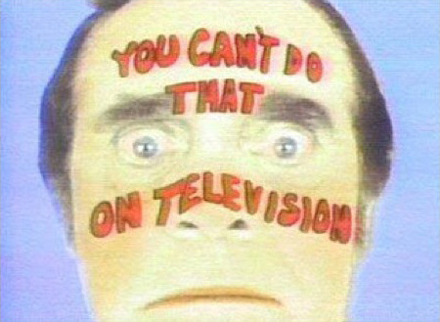 K-I-D-S yeah! If you were lucky enough to have the Disney Channel — I mean the real Disney channel — not the annual 3 day free previews — then you were sure to indulge in the masterpiece that was Kids Incorporated. It was the show that was made for the kid actors that were not quite talented enough to make it on the Mickey Mouse Club, yet not bad enough to be on Hey Dude. Jennifer Love Hewitt, credited as “Love Hewitt,” was a cast member and before Fergie was, well, Fergie, she spent 6 seasons as “Stacy” on the show. Rumor has it, once she got her “lovely lady lumps,” she appeared to old for the show. Hewitt, on the other hand, took a more classy approach to songwriting, with her first CD release . . . entitled “Let’s Go Bang” . . . seriously. 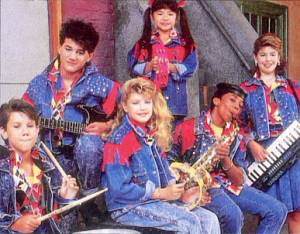 “Mecca lecca hi, mecca hiney ho — Your wish is granted for a snippet on Pee Wee’s Playhouse (Thanks Jambi!).” Kids across America were pulling up their bean bag chairs in front of the TV to check out Pee Wee and the gang every Saturday morning. Truly a great show. . . . I love it! “Then why don’t you marry it?” Whether it was Conky delivering the scream inducing, secret word of the day, or when Morpheus, I mean Cowboy Curtis, with his shiny hair, the show brought many unforgettable characters to life. The show lasted for about 4 seasons, before it went off the air. There are rumors that it may be coming to DVD. . . . Just a piece of advice, though. . . . Do NOT see it in a movie theatre! 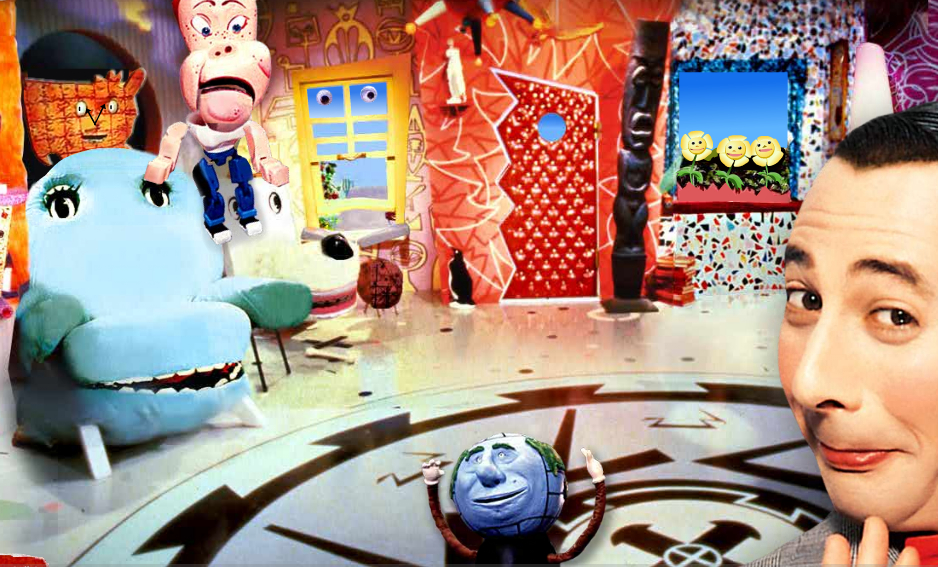 I am not sure what it was about the show that drew me in. Was it the puppetry? Was it the music? Or was it the fact that there was a character named “Boober” and it made me giggle every time I heard it? Either way, the Fraggles rivaled Sesame Street as the most entertaining puppets around. Whether it was Mokey getting the munchies (come on, that girl always seemed stoned) and eating the Doozer’s buildings or Wembley macking on Red, the Fraggles Fraggle Rocked my world as a kid. The only problem was that it was on HBO — and if you didn’t have HBO, you were worse off than the Trash Heap on a windy day (just some Fraggle humor). The cool thing, though, was that the girl down the street had HBO, and I would go over there to watch it and then play with our Cabbage Patch Kids. I even got to first base with her . . . too bad it was while playing baseball on Atari. 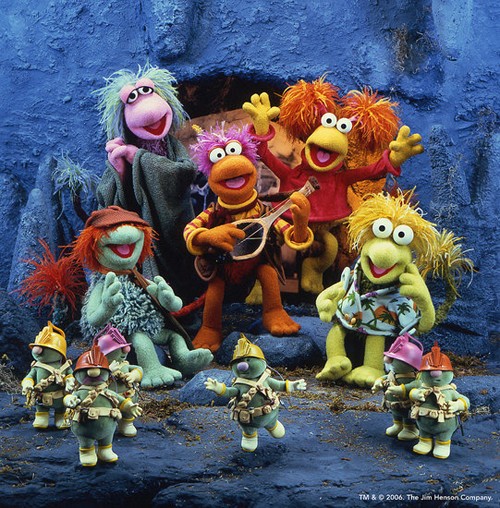