Ryan here, and back with an all new Top 5 this week:

5. He-Man: Masters of the Universe

He-Man was THE Man (say “THE” with the long “e” . . . sounds way cooler). He had the power of Grayskull and used his HE-roics to take on Skeletor and his evil empire. When he wasn’t roided up, he was just Adam–boring old Adam. At least Adam wore pants, and not a He-Mana Hammock, but I digress. He also had a twin sister named She-Ra, who was Adora when she wasn’t She-Ra. The cartoon taught a valuable lesson to all kids–when you just settle for who you are, you are underappreciated and ignored. But, shed some clothes, show some skin, and grab a sword, and you’ll have all the popularity you can handle. 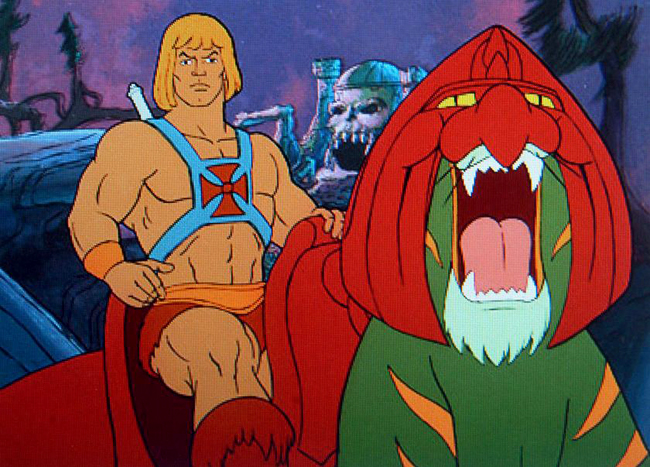 Gadget Copter! Gadget Springs! Gadget Rules!!!! Go Go Gadget Arms! The Inspector was as inept as they come, but with the help of Penny and Brain, he was always able to thwart Dr. Claw and his evil plans. Claw conducted his M.A.D. baddy business from behind his super computer, always stroking his evil feline friend, creatively called “M.A.D. Cat.” Gadget, like so many other 80s cartoons, was made into a live action film in recent years, starring Matthew Broderick. In a related story, Sarah Jessica Parker is currently being investigated for using Broderick’s Gadget Mallet movie prop on whoever it was that convinced her to take the role she was offered in Hocus Pocus. 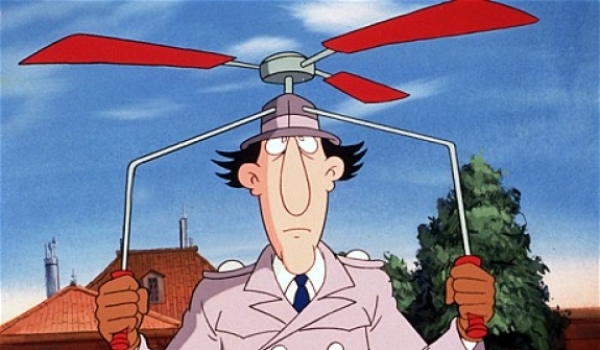 3. Alvin and The Chipmunks

Alvin, Simon . . . Theodore! The Chipmunks rocked and rolled, combining cartoon fun with squeaky songs in almost an animated MTV sort of way. Animated music videos would surface throughout the episodes, mainly focusing on putting the episode’s plot alongside a current popular hit song. Alvin was the rodent rebel, leading the other two brothers into pickle after pickle. Speaking of pickles, Theodore was the chunky “Munk-y,” always snacking and putting on more pounds. Simon, the brainy one (we know he was brainy because he had glasses, and all people that wear glasses are extraordinarily smart) rounded out the trio. Ironically, they eventually ran into the Chippettes: Brittany, Eleanor, and Jeanette, who are pretty much the exact same character types as the boys, but weren’t quite as goofy. Not quite as silly. They didn’t have that slapstick panache. What is the phrase I am searching for? Oh YEAH! They were the same, but without the nuts. 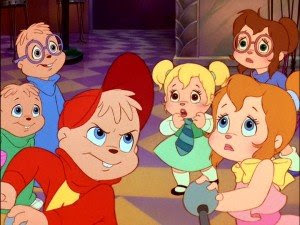 “Eep Opp Ork Ah Ah . . . that means I love you,” and the Jetsons! While the Jetsons made their first appearance in the earlier 60s, they are best known for their stint in the 80s (1985-1987). I think Judy Jetson was my first “Cartoon Crush,” and pretty much the only girl I have ever crushed on that had white hair. Well, she and Estelle Getty. Aaaanyway, The Jetsons were the Flintstones of the future. George and Jane, Judy and Elroy, Astro (Ruh-Roh!), and Rosie the Maid were the Jetsons regulars. But, don’t forget Orbity, the springy-stepped alien that bounced all over the Jetson abode. I loved the show, but couldn’t stand Mr. Spacely. Man, that guy was a jerk. He barely came up to George’s knees. Worse still, he was always yelling at George. If it were me, I would have kicked him square in the Sprockets . . . no doubt. 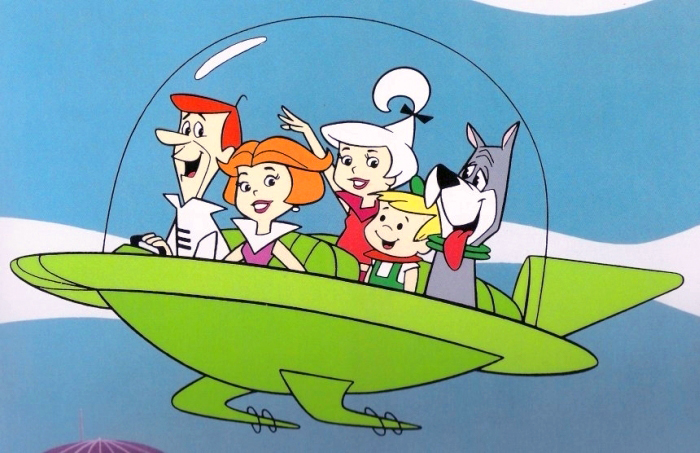 These lovable little blue creatures easily conclude our countdown as the best cartoon of the 80s. There were all sorts of Smurfs running around. Brainy and Clumsy and Grouchy. Chef and Vanity and Scaredy Smurf. I always liked Dreamy Smurf; he was always dreaming of things, almost in a constant state of Euphoria. Or, maybe he was in his mushroom house too much, if you catch my drift. Though it is said that Baby Smurf was delivered by a stork, I believe this was a conspiracy too vivid for young audiences. I believe Smurfette got her Schmurf on with someone. Possibly Papa Smurf. He was always such a Smurfvert. 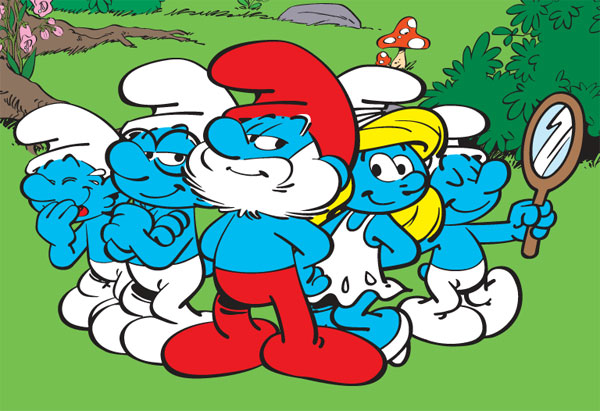