I watched a TON of movies as a kid. I learned quite a few 4 letter words from them as well. As I watch them nowadays, I am quite surprised by the rating given to them back in the day. For some, I think the MPAA might have been on C-R-A-C-K. Here are some of them and why they may have been a bit lenient. . . .

“Joey, do you like movies about gladiators?” “You ever seen a grown man naked?” So many classic one-liners, but probably not ones you want your kid repeating. Passengers brought as much mayhem as the pilots. There were those killing themselves after being bored to death, literally, by Striker’s stories. A topless lady panicking as the plane starts to plummet. Elaine “blowing” (no pun intended) up the inflatable pilot. Airplane was the original movie spoof and was really a great movie . . . but PG? Surely, you must be joking! The MPAA wasn’t – and stop calling me Shirley. 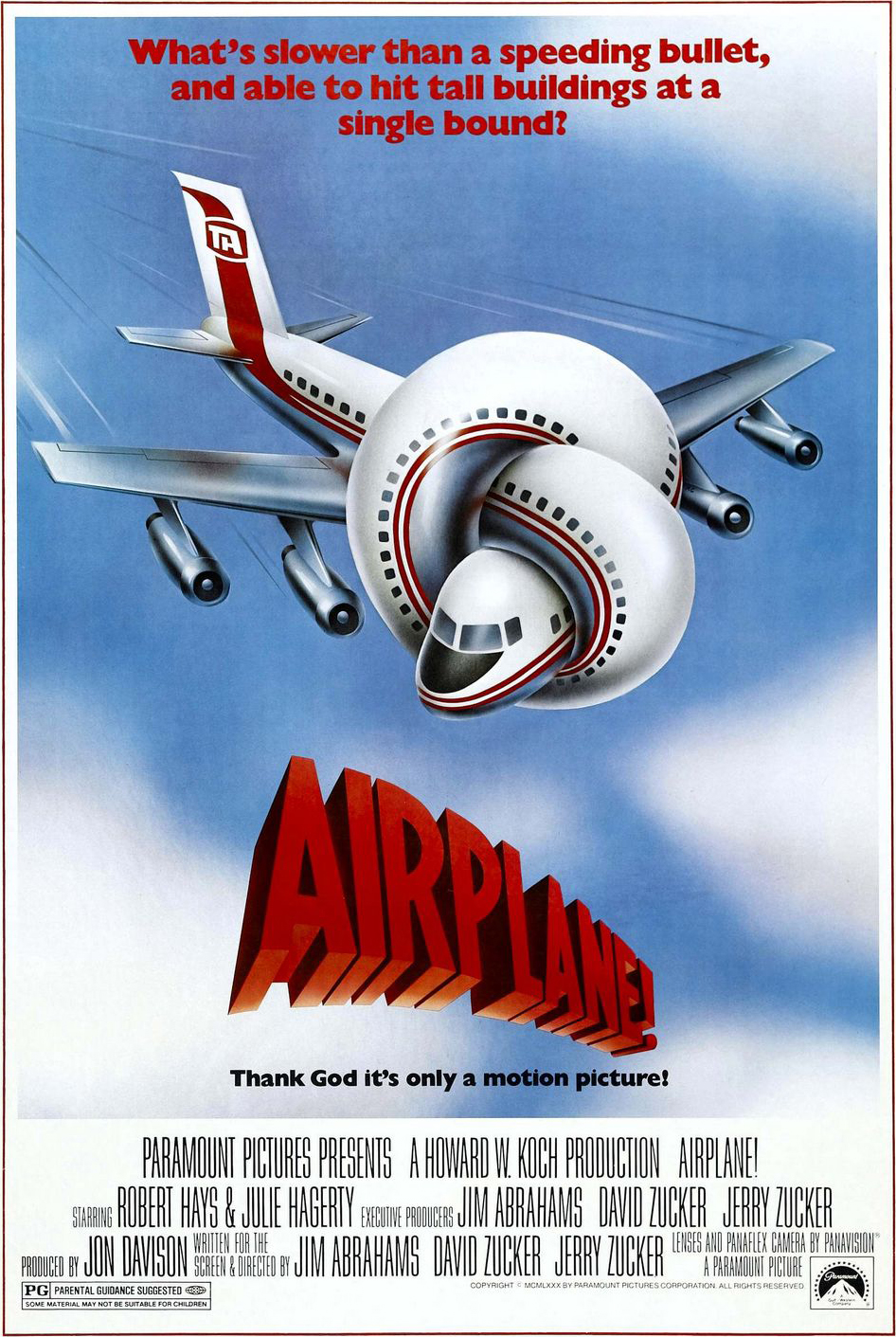 Remember the rules: Never get them wet. Never expose them to sunlight. Never let your child watch this before bedtime. What was billed as a cute scary movie for kids, Gremlins was cute . . . only until Gizmo spouted out green balls of gooey grossness. Then those little slime balls evolved into sharp teethed little demons that made me afraid of any of my stuffed animals. How do you get rid of them? Try putting them in the microwave or the blender. Maybe take a sword to one of them to cut off his head. Of course, you expose the leader of the clan to light, and you can enjoy watching him melt graphically into a steaming pile of bubbly nastiness. Oops, I forgot the most important rule: Never feed them after midnight. That is what really turns them into scary, oversized monsters. 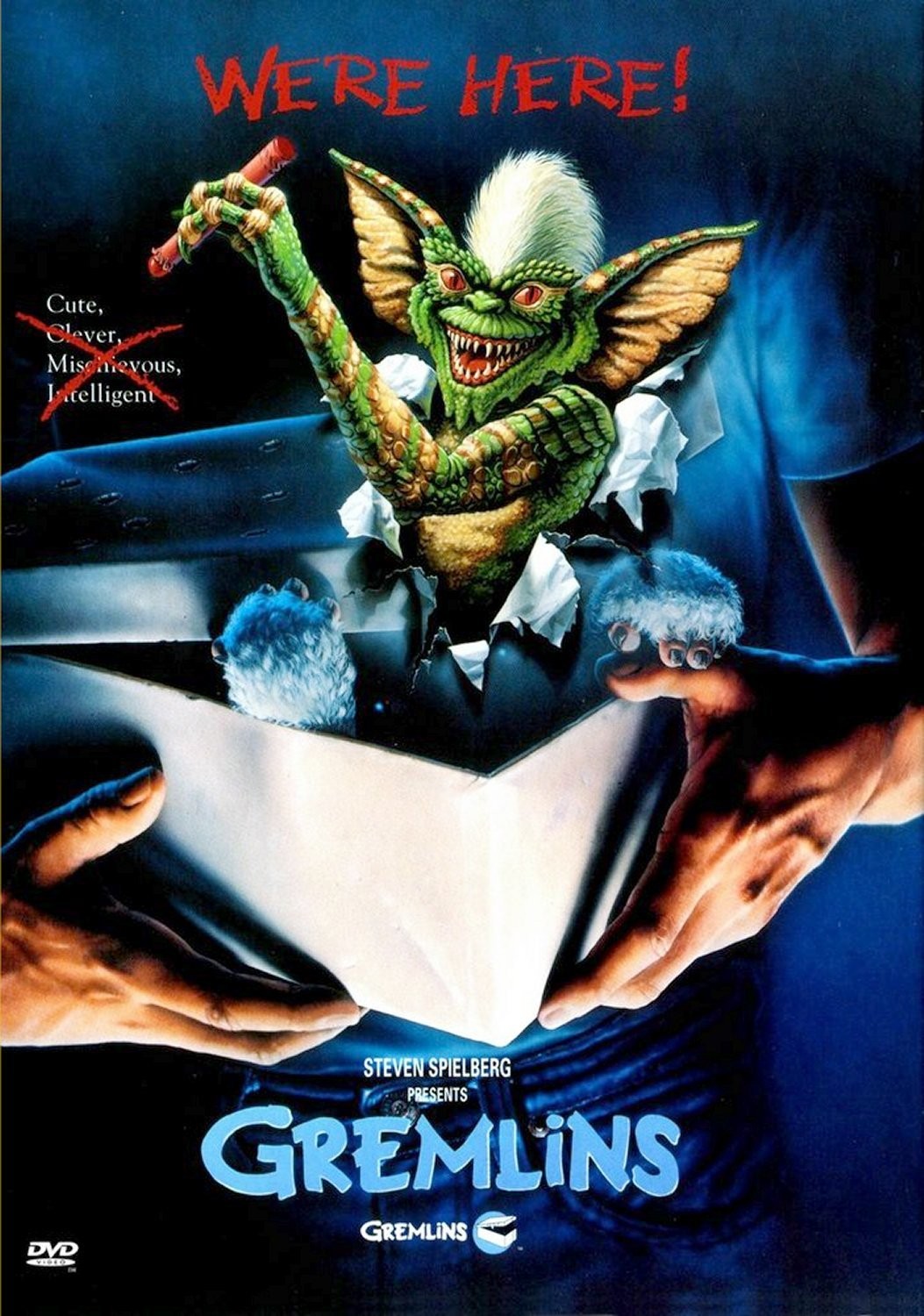 3. Raiders of the Lost Ark

Indiana Jones rocks. He really does. The hat, the whip, the girls — he had it all. Thinking back on the film, though, Raiders had quite a few scenes that probably weren’t the best for 6 year olds. Let’s see, a guy’s face melts off, another guy’s head explodes, spirits are sucked out of a bunch of people, and a guy’s head has a spear going through it. Throw in some Nazis and you can call it a day. Tom Selleck was originally cast to play “Indy” – thus almost changing the name of the film to “Razors of the Lost Ark”, in which the Nazis would chase down Selleck to rid him of his menacing mustache. 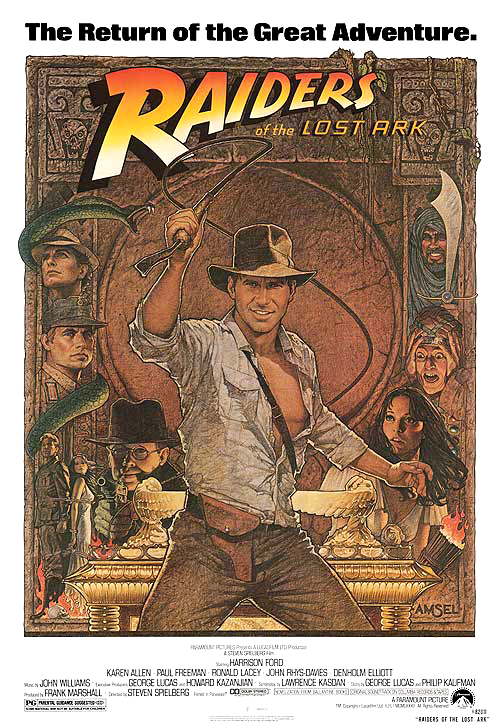 Why Big you may ask? Well, this movie didn’t originally enter my mind until I saw it the other day, as it had been a while. The movie is a great film and a great family movie . . . but something about that scene where Billy is yelling at Josh and says “Who the F**K do you think you are?!” blew me away. I like a good F-bomb as much as the next guy, but in Big? Really? It is probably good though, that the movie wasn’t made 20 years later because Josh today would probably respond with “Who am I? I am Tom Freaking Hanks. I’ve won Academy Awards and am one of the most successful actors in history you red headed bee-otch!” . . . or something like that. 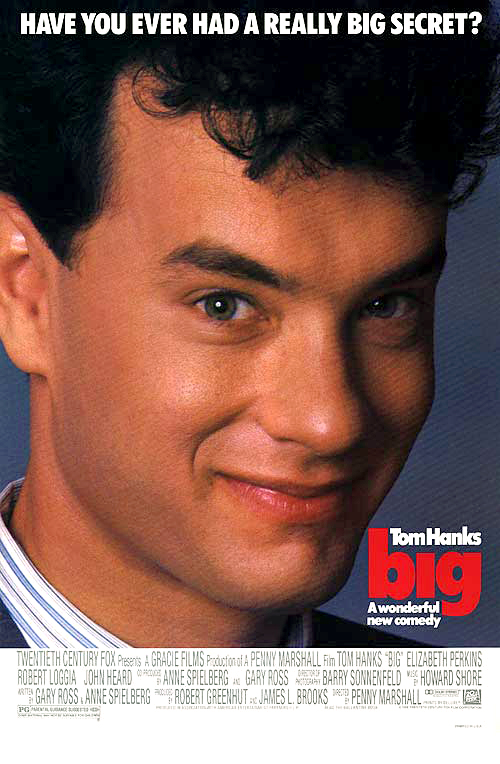 When, as a child, you go to see a PG movie, it really should be a good experience. It should be nice and memorable. It typically should not scare the Holy Hell out of you. Well, Poltergeist haunted me and haunted me hard. I was 6 when it came to video and we watched it at my house, and wow, that never should have happened. A boy almost gets eaten by a terrorizing tree? Or that same boy nearly gets choked out by a clown doll? Or maybe when the guy starts peeling his skin off when looking in the mirror? And, if all that weren’t enough, the parents spark up a doob on screen.  For me,” PG” didn’t mean “Parental Guidance.” It meant “Peed Garanimals.” Hey, my Underoos were in the wash! 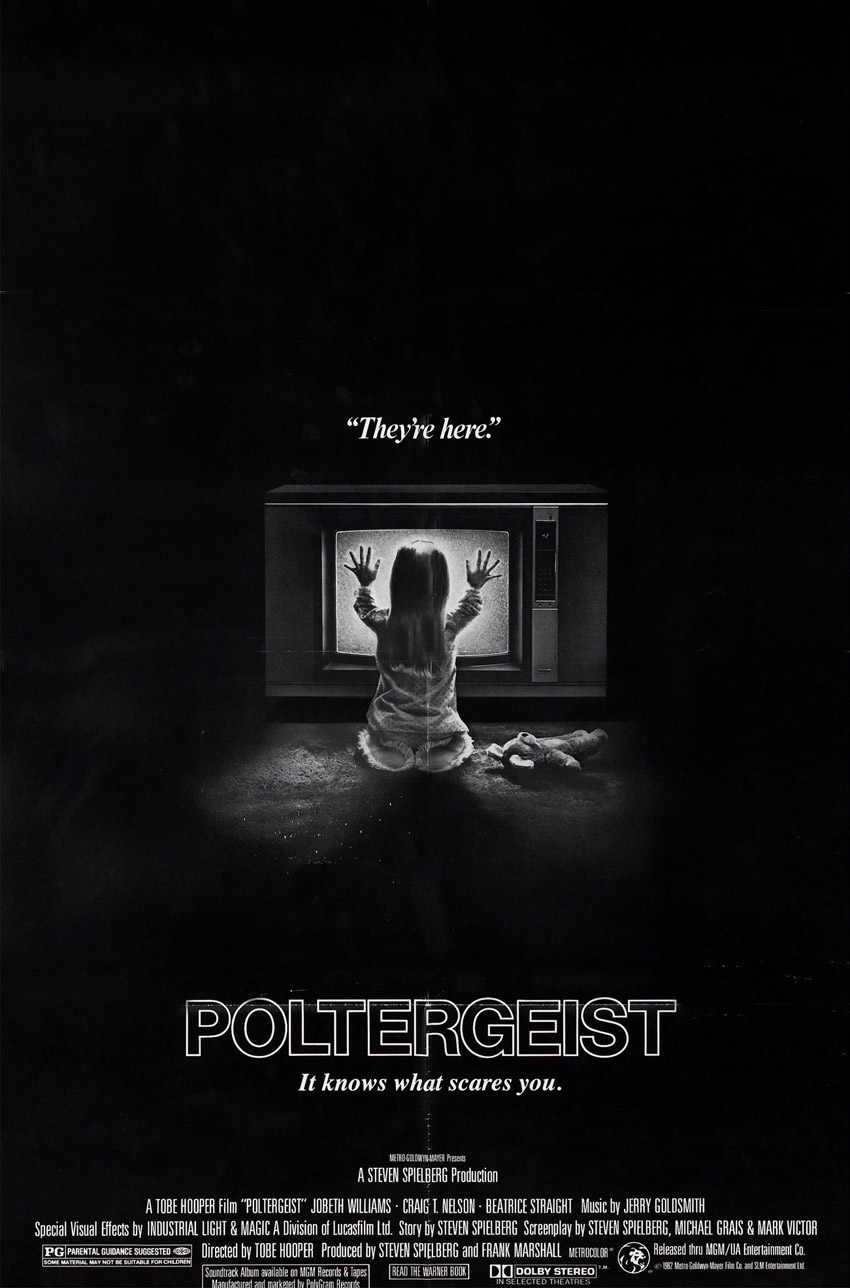