1984 had a lot to offer. The Apple Macintosh went on sale for the first time, Michael Jackson caught on fire while filming a Pepsi commercial, the Space Shuttle Discovery took off on its maiden journey, and Clara Peller first asked the question, “Where’s the beef?” 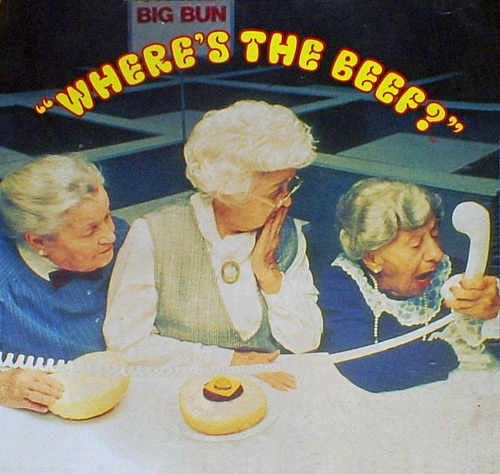 Wendy’s used this as their ad campaign from 1984 until 1985. The phrase caught on faster than you can say “wake me up before you go go” and is still a part of our slang today (although perhaps a little less used now than then). See Clara do her thing in the video below.