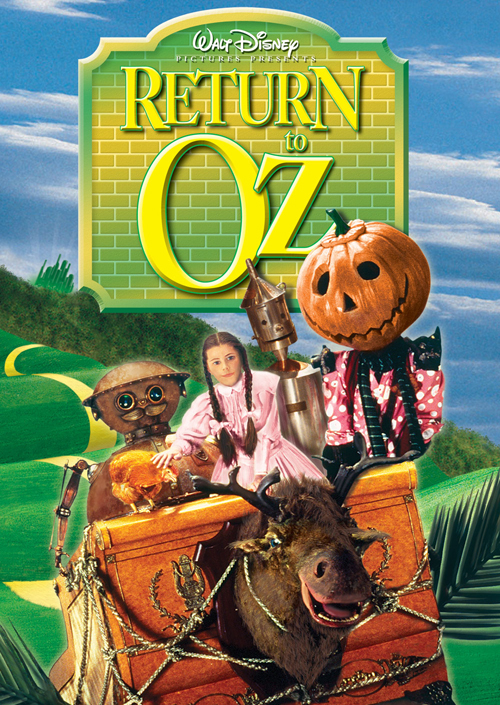 Sometimes, going back to your childhood can be a scary experience. That is something that the makers of Return To Oz, in most respects a sequel to the celebrated classic The Wizard Of Oz, didn’t seem to take into account when writing the script to what ultimately turned out to be a much darker look at everyone’s favorite Kansas girl, Dorothy.

Released in 1985, the movie was loosely based on the Oz series of books written by L. Frank Baum that had inspired the original film. However, instead of a tornado whisking her away to a magical land of munchkins and witches, Dorothy instead finds her way to Oz while escaping from a mental hospital where she has been prescribed electro-shock therapy. Yes, really.

Played by actress Fairuza Balk (who would later earn notoriety in the iconic 90s film The Craft), Dorothy finds herself in an Oz that is very different from the last time she left. The Emerald City and Yellow Brick Road have been laid to waste, and she has to deal with a vast desert that transforms anyone who touches it into sand. Not only that, but everyone she knew from the previous film has been turned to stone – perhaps because statues were cheaper than purchasing the rights to MGM’s versions of the Scarecrow, Cowardly Lion and Tin Man. There is, however, Tik-Tok, sort of a poor man’s wind-up robot, and a man with a pumpkin for a head imaginatively named Pumpkinhead. 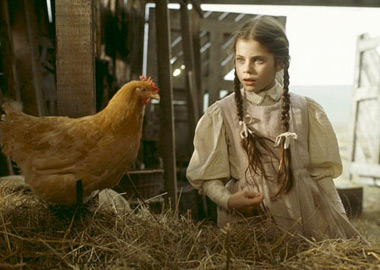 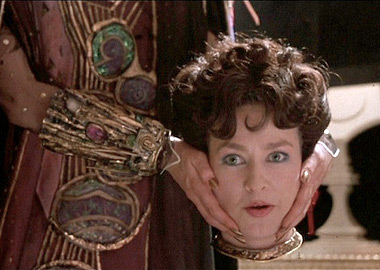 Just when you thought things can’t get any weirder, they do. Dorothy and co. have to contend with the Nome King, who transforms his enemies into ornaments and keeps them in a vast room, and Princess Mombi, who replaces her own head many times during her scenes with our heroes. Now, neither of those things on their own sound all that frightening, but I remember as a child being terrified of both headless royalty and ornaments for years after seeing this movie. Particularly tense was the scene where Dorothy has to guess which ornament is in fact her old friend the Scarecrow, with all of her friends guessing wrong and turning into ornaments themselves. The idea that someone I loved could be transformed into a decorative piece of glass still chills me to the bone. 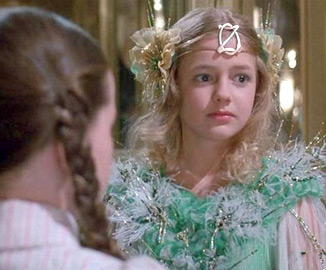 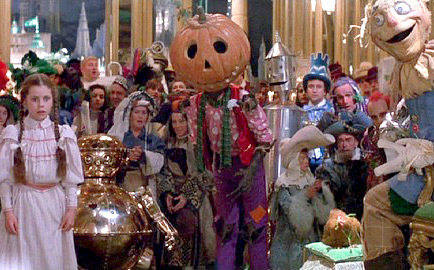 If Return To Oz proved anything about the 80s, it was that sometimes you just can’t go back home again. It also proved that the 80’s was all about retro-futuristic fashion, as various characters in the film adopted wheeled feet (Wheelers), big hair and pseudo-Victorian dress. It’s almost like the costumes were co-designed by Jim Henson and Madonna. Despite not finding a wide audience at the time, it has managed to grow a sizable fan base over the years as 80’s buffs have uncovered dusty VHS copies at their local video stores.