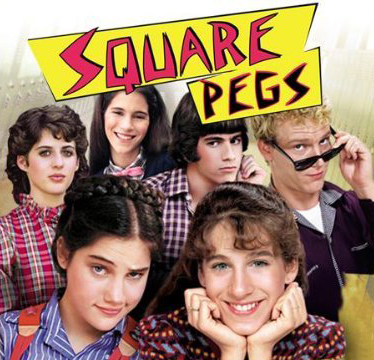 It lasted only one season, but what a season it was for CBS’s woefully underrated sitcom Square Pegs. Sarah Jessica Parker and Amy Linker are completely believable as vulnerable, sweet Patty Greene and Lauren Hutchinson, freshmen at Weemawee High School. Tracy Nelson, who later played a nun on Father Dowling Mysteries, pulls out all the stops as Valley Girl Jennifer DiNuccio. Jami Gertz (later on Still Standing) perfectly nails hyper-organizer Muffy Tepperman. The actors are actually high-school aged, adding an authenticity that’s rare these days. Even better than the cast is the way Square Pegs captures teenage angst. Lauren is so desperate to join the “in crowd” that she removes Patty’s glasses whenever anyone important approaches. And Patty tries hard to be herself, coming up with snappy comebacks to the popular kids’ put-downs (which include the thankfully now-taboo “how queer”), but still longs to be noticed. Geeky friend Marshall Blechtman (John Femia) is puppy-eager to spend time with the girls, but only because in his eyes, they are the in-crowd. And then there are all the wonderful 80s elements, including the theme song by the Waitresses. The dialogue is dead-on, beginning at the title sequence when Lauren says, “Listen, I’ve got this whole high-school thing psyched out.” New-wave weird dude Johnny Slash (Merritt Butrick) punctuates all his sentences with “Totally different head, man.” And Jennifer’s Valley Girl dialogue sounds like it’s written by Frank Zappa himself. 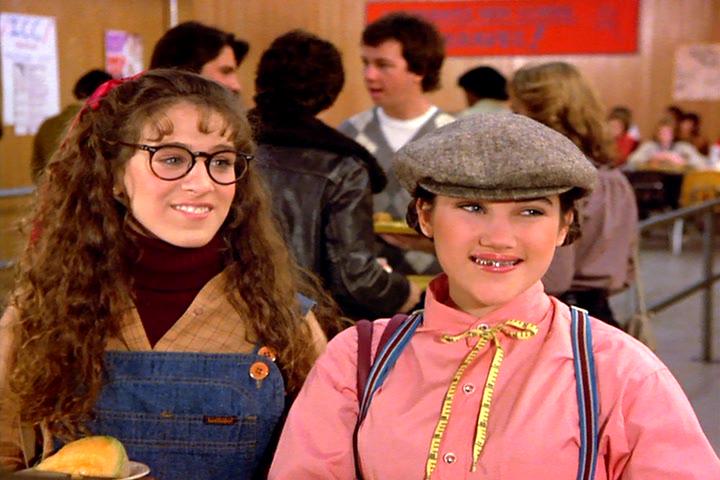 Did I mention the styles? Johnny Slash sports sunglasses and a long, braided tail. Lauren wears braces and Swiss-Miss braids. Patty rocks the big, round tortoise-shell specs and super-long, braided-while-it-was-still-wet frizzy hair. Add this show to the too-good-to-last pile with My So-Called Life and Freaks and Geeks. For ’tweens and teens in the 80s, Square Pegs captured awkward adolescence perfectly. Still does.