Actors and Their 80s Beginnings

Fortunately, the 80s were pre-internet and pre-digital, so little awkward proof remains (except for what gets dug up and posted on facebook).

But if you were a budding celebrity, there’s plenty of celluloid documenting your rockin’ 80s look. In fact, some of today’s biggest names got their start in the 80s in some unlikely places:

Before Dr. Ross, Clooney was learning The Facts of Life. Clooney plays George Burnett (1985-1987) a construction worker who built hot tubs in Kuwait but was deported for de-veiling a cute girl. He’s hired to renovate Mrs. Garrett’s store, and despite the shaggy near-mullet and aggressively tucked-in plaid shirts, Clooney is as ridiculously handsome then as now. 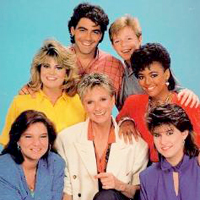 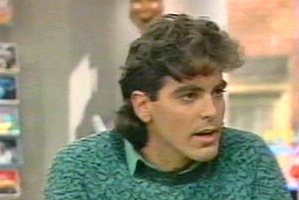 Long before Morpheus entered The Matrix, Laurence Fishburne entered Pee-wee’s Playhouse. From 1986 to 1987, billed as “Larry Fishburne,” he played Cowboy Curtis with a major Gheri curl and major cheeriness. And one of the show’s best lines: Cowboy Curtis says of his big feet, “you know what they say, big feet…big boots!” 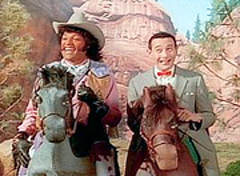 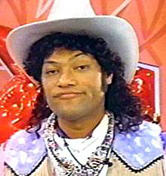 Speaking of The Matrix, Neo himself also inhabited an 80s classic. In 1986, Reeves played Matt in River’s Edge, one of the decade’s finest teen films. Matt is a kid who’s terribly burdened with the knowledge that his friend murdered another friend of theirs. Matt and the other kids even go see her abandoned body but argue about whether to turn the killer in. 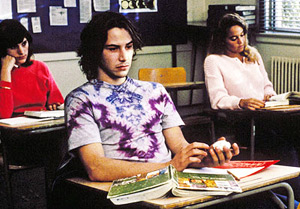 Before his killer role as Michael Bluth, the only real grownup on TV’s Arrested Development, Jason Bateman played older-than-his-years Derek Taylor on Silver Spoons. From 1982 to 1984, Bateman was the smarmy foil to Rick Schroder’s wholesome Ricky. The role shows Bateman’s impeccable comic timing, even at age 12—like the ice cream-parlor scene when he tells a slow customer “it is my sincere hope that you’ll drink [your water] before it evaporates.” 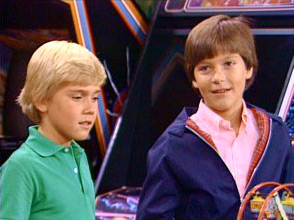 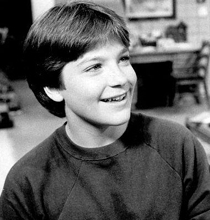 The pretty woman paid her dues waiting tables as Daisy Arujo in Mystic Pizza, the 1988 coming-of-age film set in Mystic, Connecticut. She’s not starlet-skinny in this role, but more importantly she gets the best line. After nearly colliding with her sister, Daisy says, “What? Think I got eyes in my butt?” It’s a line to be proud of, even after you’ve grown up and won an Oscar. 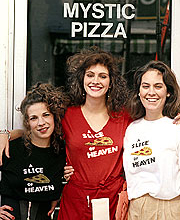 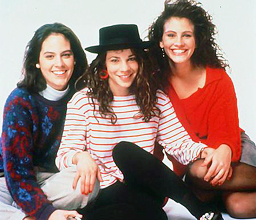 Nowadays, we know her from Sex and the City, but Sarah Jessica Parker has enjoyed a stellar career that has spanned decades. She has starred in numerous films, like 1994’s Ed Wood, 1991’s L.A. Story, and 1984’s Girls Just Want To Have Fun. I just read a fabulous article in Vogue about her busy professional life and bustling family (she’s married to fellow actor Matthew Broderick). Her upcoming movie I Don’t Know How She Does It seems tailor-made for her. However, we first got to know SJP in Square Pegs, a comedy about two nerdy high school friends that aired for just one season in 1982-1983. Sarah Jessica played Patty Greene, awkward but intelligent Square Peg, who longed to be part of the cool crowd. 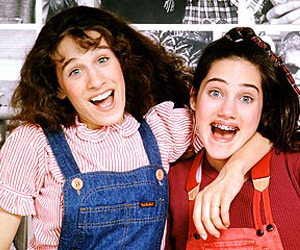 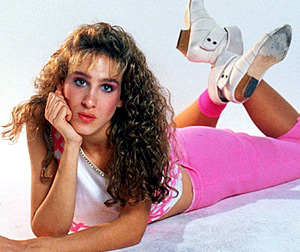