We LOVE to receive great 80s party stories like this one. Thanks so much, Anita for sharing your ideas and pictures. We are sure other visitors can get some great ideas when planning their own 80s party from what Anita did.

I want to thank you for your great website. I spent the last 2 months planning an 80s party and your website was full of great information. Through all my planning, I searched your site over and over. The party was a great success as everyone really got into it. We even had ‘The Blues Brothers’ show up. I thought I would share with you some of what I did so that maybe my hard work could be shared with others.

First off, I am quite proud of myself for throwing this party for as little money as I did. I went through my closets and luckily I had saved things which helped to set the mood. I had my old albums, 45s, cassette tapes and VHS tapes. I also had old cell phones, walkmans and such which we used as centerpieces along with wayfarer sunglasses and mini rubik’s cubes. I bought the sunglasses at amazon.com and the rubik’s cubes at a local dollar store. I also bought all my paper products from the local dollar store and friends helped by bringing dishes to pass.

I made posters for each year. Each poster had major national and world events for that year along with the movies, TV shows and songs we were watching and listening to. I used black, neon pink and neon green for my color scheme, transferring my basement back in time. Down the stairwell to the basement I used post-it notes (invented in the 80s) with the popular sayings of the decade, ex. awesome, rad, gnarly, etc. and a large sign that said “Save Ferris.” Also, I used old computer diskettes as coasters. I taped a neon green or pink post-it on each diskette. I then made clear labels with popular quotes from movies, TV shows etc and placed them on the diskette.

In the invitation, I asked everyone to send me a picture of them taken in the 1980s and the high school they attended. I had two groups of guests who did not know each other so I made name tags. This was a great ice breaker.

We also have a projector/ large screen TV so I hooked up my computer to the projector. As everyone was arriving, I had a slide show of their pictures while the 80s music was playing. After everyone arrived I officially opened the party by playing the “MTV moonlanding” followed by “Video Killed the Radio Star” and a host of other 80s videos.

Thanks again,
Anita in Michigan 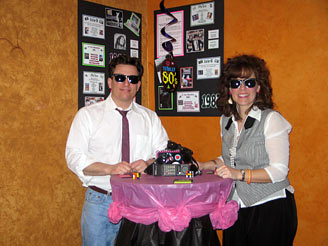 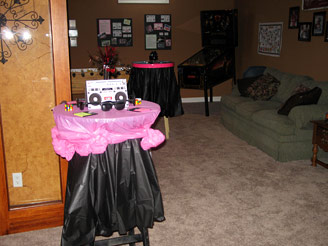 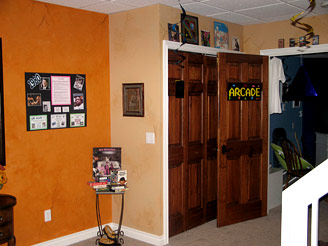 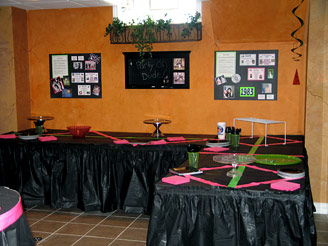 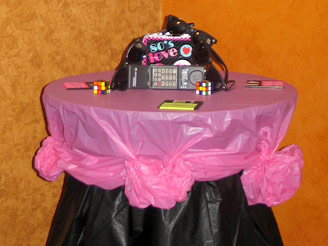 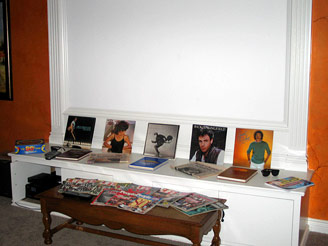 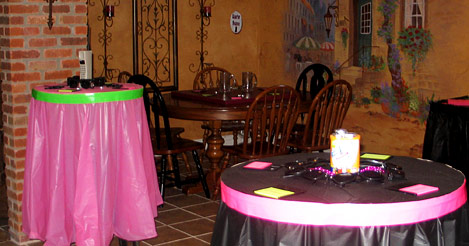