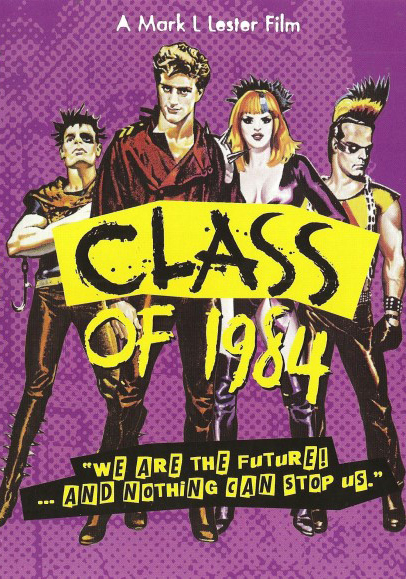 When you watch an 80s high school movie, you know right away what to expect — blonde valley girl cheerleaders, Alex Winter surfer dudes, muscle-brain jocks, honest “nerds,” and teachers just trying to get them all to learn SOMETHING today. That’s all well and good, but have you ever thought to yourself “I’m getting tired of all this teen fluff. I wish somebody’d make a high school movie a little, I dunno, grittier, more edgy. Something different from girl / musclehead / surfer dude high school stuff?” Well, if you ever have, I have just the thing. In 1982, in Canada, along came a high school movie courtesy of one Mark B. Lester that took your basic “surfer dude” and “valley girl” – filled high school and threw it out the window, giving us a darker, edgier, and totally awesome look at a high school you wouldn’t typically see in 80s movies. That movie was known as Class Of 1984.

In Class Of 1984, our protagonist is one Andrew Norris (played by Perry King), an idealistic, positive music teacher who was recently transferred to Abe Lincoln High School, an inner-city high school wrought with punks (and kids who have adopted the “punk” look that was popular in that time), juvenile delinquents, drugs, and crime. This is a place where the students have to pass through metal detectors to get into and out of the school. Where every teacher has a gun, and to survive, you sometimes have to “look the other way.” Once Mr. Norris gets to his class, he immediately meets the villain of the movie, Peter Stegman (played by Timothy Van Patten), a psychotic, manipulative, teenage criminal mastermind who runs all of the drug rackets in the school, and a small prostitution ring on the side, with the help of his gang of punks. Immediately Stegman takes a disliking to Mr. Norris, and makes it his mission to teach (well, harass and threaten is more like it) him to stay out of his illegal activities. However, Norris won’t be taken down as easily as the rest of the staff, causing a clash between the two. Eventually, tensions rise between them as Stegman tries to get Norris to crack, going after his students (one of which is played by Michael J. Fox, billed as Michael Fox), the pets of his fellow faculty member (played by Roddy McDowall), and ultimately his pregnant wife, Diane (played by Merrie Lynn Ross). 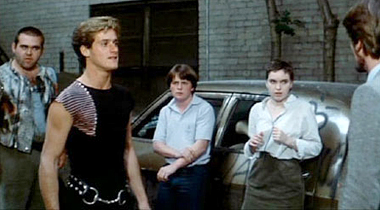 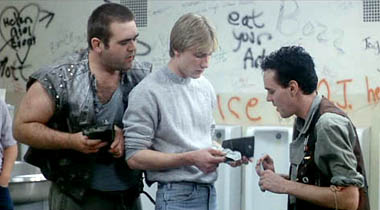 Yeah, DEFINITELY not your average 80s high school movie. Mark B. Lester brought us something completely different. Violence, drugs, gangs, sex — this is one high school movie that truly sets itself apart from all the other 80s teen dramas out there. I wouldn’t blame you if you passed this movie down as it isn’t for the squeamish or faint of heart. However, there’s plenty to like about this movie. You gotta love watching every second of the personal war between Norris and Stegman, from its humble beginning to its tense climax. Plus, you get a fine performance from Roddy McDowall, particularly one scene which I won’t spoil for anybody who wants to see the movie. Also, you get to see Michael J. Fox before Back To The Future made him the big 80s name that he is. Finally, this movie features an AWESOME Alice Cooper song as its theme, “I Am the Future,” not to mention an appearance from Canadian band, Teenage Head. 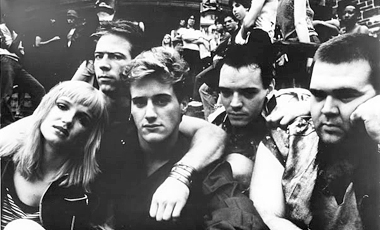 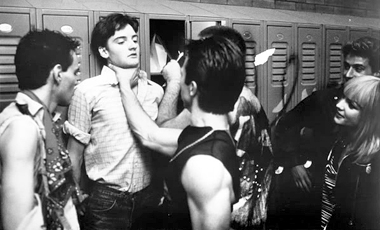 Oh, before I forget, I should say I hear tell this movie is considered prophetic of the American education system. I mean, audiences back in the 80s saw this movie in theatres and considered images like students passing through metal detectors and carrying knives a bit over-the-top and outlandish to be real. However, there are plenty of places in America where just these sorts of things happen everyday. Coincidence, or could it be Class Of 1984 was on to something? 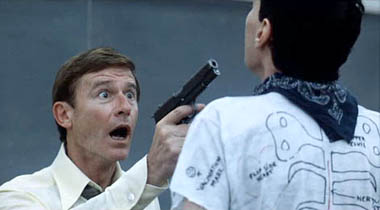 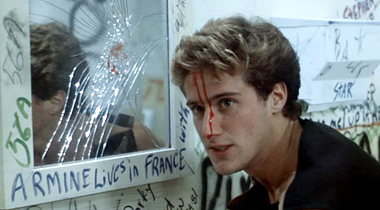 Bottom line is this, Mark B. Lester has made something that is truly different from most 80s movies about high school. None of that beach boy and valley girl stuff that populates every other 80s high school movie out there. This one’s got punks, and plenty of them. Intense conflict, a unique setting, and Michael Fox, Class Of 1984 is an 80s movie must-see. Of course, the movie isn’t for everybody, but if you crave a new take on 80s high school flicks, Class Of 1984 is definitely for you. Lucky for you, it was released on DVD, and if you can’t find it, it’s also on Youtube.