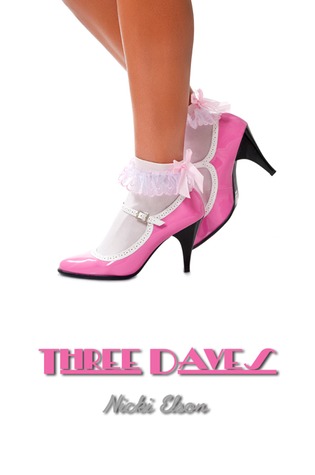 1. What led you to include the bible references at the end of each chapter?

When I was in the midst of writing Three Daves, I read a psalm that made me think of one of the scenes, and it actually helped me flesh out some of the details. As I went along, I started thinking that it would be cool to find a fitting verse for each of the chapters. I already had the perfect tie-in with Jen and David’s discussion of King David and the Bible early on in the story. And even though at one point Jen “slammed the book shut and threw it into her bolster to be ignored for a very long time,” the wisdom in the psalms still applied to her life.

Another reason the psalms fit well into the story is because they were actually songs, and so I thought that was a good parallel with the 80s song references throughout the story.

The psalm that started it off was 19:6: His going forth is from the end of the heaven, and his circuit unto the ends of it: and there is nothing hid from the heat thereof. That’s for the scene where Jen is lying on a blanket under the burning Galveston sun owning up to some of the secrets she’s been keeping. She wants to run away from her thoughts and seek refuge in shade, but she knows she can’t hide from the heat that sees everything. Something like that.

2. Jen is a great character – trying to do the right thing, but flawed at times like we all are. I particularly liked the authenticity of her internal struggle as it related to Big D and her feelings for him. How much of Jen’s experience is pulled from your own time going to college and dating in the 80s?

I’m so glad you found her character interesting and authentic. Jen’s storyline is her own, but the emotions and internal struggles come from experience. Not just my own, but what all of us girls, and even guys, go through in our romantic adventures. Eighties pop culture surrounds the characters, but the heart of the story is Jen grappling with the dynamics of her various relationships, and that’s timeless. The comment I get most often from readers, whether they dated in the 60s, 80s, or now, is that they can relate to Jen. And I love that even in the parts where Jen is just so frustratingly naïve, instead of judging her, readers sheepishly admit, “Yep, been there.”

In non-romantic matters, there are most definitely bits and pieces of my real life college experience sprinkled throughout. For example, I may have gone to Daytona in ‘87 and seen Wang Chung, and I might have regularly eaten subs from the original Jimmy Johns, and just perhaps a shoe once went flying over the railing at a dance bar. Also, the fictional campus, CIU, is suspiciously reminiscent of my alma mater, Eastern Illinois University in the late 80s. Go Panthers!

3. You must be a Jane Austen fan with the nod you give her in the place names throughout the book. Which of her six novels is your favorite?

Nice pick up! Yes, I am a Jane Austen fan. At first I was just looking for a name for one of the dorms. The particular real-life dorm I was thinking of was called Pemberton, so Pemberley immediately came to mind. Then I decided to go with Austen references for all the buildings. Then I decided to play a little game with myself and give some meaning to the names. So, the character associated with each of the places from the Austen novels is loosely related to the Three Daves character that is associated with the building of the same name.

4. To carry forward the Jane Austen line of inquiry J, which of her characters would you say Jen most resembles?

Well, her first dorm, Longbourn, is the home of Elizabeth Bennet from Pride and Prejudice, but I can’t say that Jen is totally her. Jen is not quite as sure of herself as Elizabeth, at least not at first. But Jen does share Elizabeth’s idealism and can hold a grudge like nobody’s business. Also like Elizabeth, Jen can be quick to judge . . . and sometimes those judgments get proven wrong.

5. There are so many great 80s cultural references in the book. Gotta ask: What is your favorite 80s movie and 80s band?

My favorite 80s movie is shockingly not a John Hughes, but a Rob Reiner—The Sure Thing. I saw that thing a hundred times. John Cusack was it for me for a long time after that movie. I still love that scene with Anthony Edwards (at the time I only knew him as “that guy from Revenge of the Nerds”) thinking he’s so cool with his ginormous phone by the pool: “Talkin’ to ya cordless.”

Ooh, 80s band—there’s so many! How to choose? Well, back in the 80s it was INXS and The Cure . . . and The Smiths and Echo and the Bunnymen. And the B52s and XTC, and I did quite enjoy the Smithereens for a while and saw Squeeze in concert a bunch of times. Er, that’s more than one, isn’t it? Well, I guess I’d have to say the one that’s had the best staying power for me is The Cure. But one that I newly appreciate that has amazing depth in their collection and is still making great music is Madness. If you follow me on Twitter @NickiElson3D you’ll get a link to a different Madness song every Monday.

6. What is next for you? Is there another book in the works?

What’s next for me is to make time to write the next novel that is swimming around in my head. It’s very different than Three Daves—set in modern times and with a paranormal element. Bits and pieces have been scratched out, but real life can be a very distracting thing, you know? I am very lucky, though, that writing is a part of my daily life. Right now I’m busy working on some editing projects for Omnific Publishing and writing blogs and other e-marketing materials for a family of local fashion boutiques. Also, I actively write fun, silly fiction for an on-line community. When I write something as big as a novel, though, I like to shut everything else out for big chunks of time and immerse. I’m hoping to get some chances to do that this summer.

Thanks so much for reading the story and asking me these great questions! They gave me a chance to think over some aspects of the book that I normally don’t get asked about. What I really like about Three Daves is that it seems to be the kind of story readers can either fly through and enjoy for the sheer fun of it, or dig a little deeper to uncover some of the more literary elements. Looks like you did both. 😉

Watch a trailer for Three Daves: