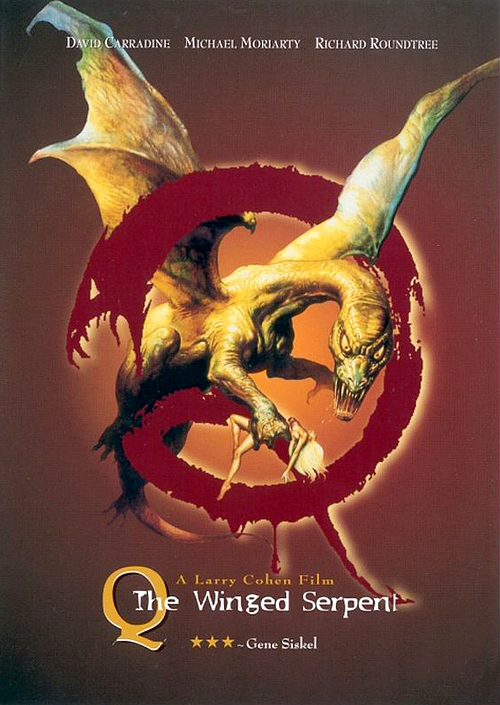 For some reason or another, whenever a giant monster appears in America, it’s always got to attack New York City. Think about it, King Kong went on a rampage through it in 1933, The Beast From 20,000 Fathoms attacked it in 1953, Roland mmerich’s Godzilla ravaged it in 1998, and Cloverfield finally brought it down in 2008. One thing’s for certain, there have been a lot of monster movies set in New York. So, with so much competition to destroy NYC on film, it stands to reason that plenty would get lost in the shuffle. Such is the case with Q, The Winged Serpent, an obscure horror movie from 1982 by Larry Cohen.

In Q, New York is under attack by, of course, another giant monster. This time, it’s a giant flying lizard that snatches people off the tops of tall buildings. Police detective Shepard (David Carradine) and Sargeant Powell (Richard Roundtree) are called in to investigate the murder of one of the monster’s victims, which eventually leads them to clues indicating what the monster may in fact be. Meanwhile, a crook named Jimmy Quinn (Michael Moriarty) finds himself having to escape from several mobsters following a failed robbery and in the process happens upon the monster’s lair. 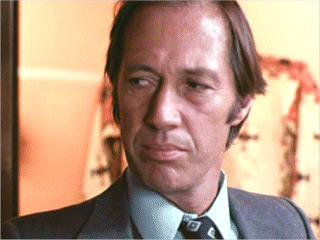 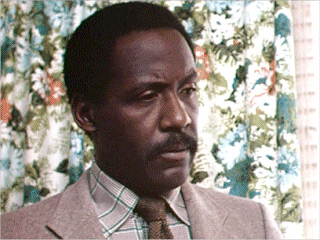 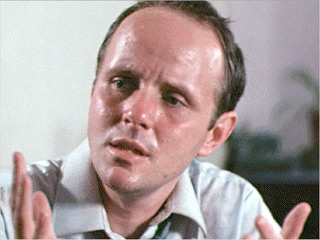 Now, I’ll admit, even though I set it up like an underrated gem, and enjoyed the beginning, I thought that this was a pretty dull movie from the middle onward. I thought the beginning was pretty good. It set itself up nicely, and got in a couple of good jokes, but later into the movie the characters spent a LOT of time talking amongst each other, and I thought Moriarty’s performance was pretty silly in the way he spoke and acted. The talking wore me down so much, I Q, the monster was unable to enjoy some of the more action-oriented sections of the movie. As for the creature itself, I will give the movie kudos for how they handled it. The monster is your typical Harryhausen stop-motion animated plastecine creature, and looks quite good. Plus, the way they revealed it a little more each scene was a pretty good tactic for how to keep the audience in suspense. However, that’d probably be the only good thing I’d have to say about the movie. 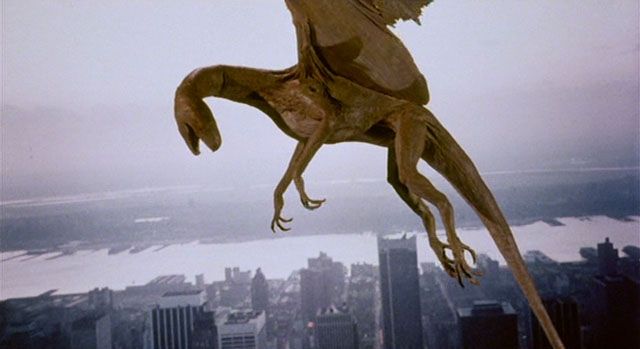 In the end, I can’t say I would recommend this movie to anybody but Larry Cohen fans. Even with a pretty strong start and a good monster, it gets bogged down by the excessive dialogue so much so that I couldn’t enjoy the climax. However, I hear that Q is what could be considered “trash cinema,” which means it could be enjoyed ironically by people who enjoy bad movies. Now, obviously, this movie wasn’t MY cup of tea, and I can’t really say you should go watch it, but my opinion is my opinion. So, if you are big Larry Cohen fan, I say “more power to ya.”

Let us know if you agree or disagree with this review of Q. Also, tell us what your favorites are from the B movie offerings of the 80s. We want to hear from you!