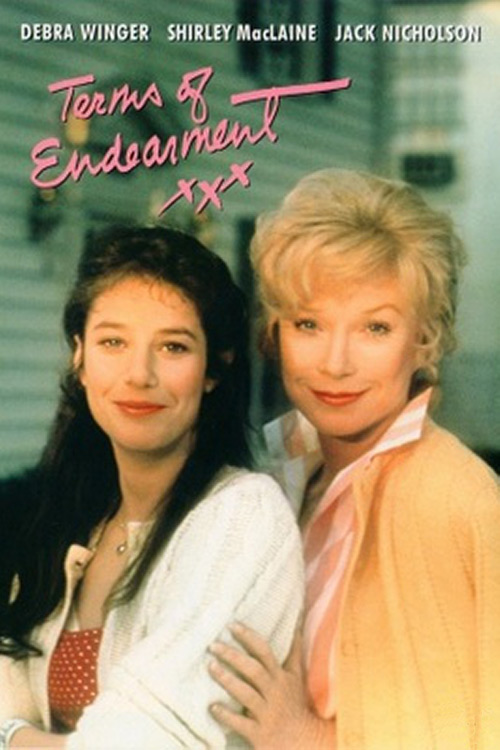 This film just may be the ultimate tear-jerker, even nearly thirty years after it was released. There have been other films with sad endings—plenty of them—but the secret to this film’s power just might be its perfect portrayal of messy reality. The film follows Aurora Greenway (Shirley MacLaine, who won an Oscar for the role) and her daughter, Emma (Debra Winger) throughout a three-decade span. That’s pretty much Emma’s whole life, as we see an early scene of Aurora at Emma’s cribside, and the film ends just after Emma has died. What happens in between is an exploration of Aurora’s and Emma’s relationships, all of which are secondary to the bond they have with one another. Emma is married to the perfectly named Flap (Jeff Daniels) who has multiple affairs. Emma retaliates with an affair of her own, with Sam (John Lithgow), but ends the relationship in order to try and make things work with Flap. Flap can’t change his ways, however, and so Emma takes the kids and goes to her mother. The presence of this family and all their drama is too much for Aurora’s free-spirited boyfriend to bear. He’s an astronaut, the also-perfectly named Garrett Breedlove (played by Jack Nicholson in an Oscar-winning supporting role). 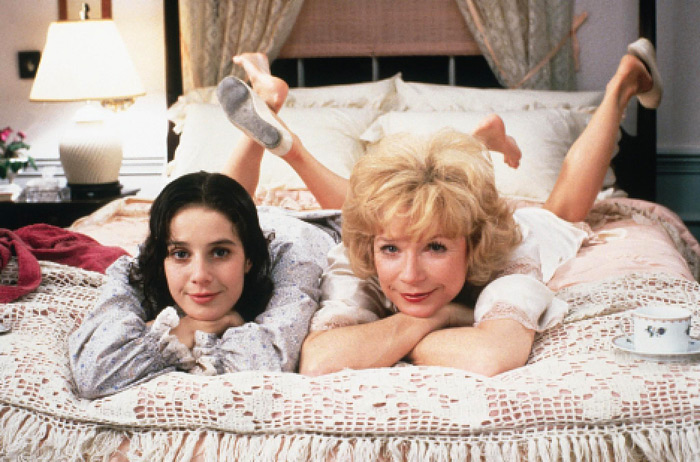 Into all this drama comes the devastating news that Emma has terminal cancer. And that’s when things turn excruciating and beautiful—and somehow still funny at times. No wonder the film also won Oscars for Best Picture and Best Director (James L. Brooks) that year. And the tangle of emotions that the film elicits is also what makes it seem so real. Mother and daughter are fighting, crying, laughing, loving, and juggling other roles and relationships at the same time. 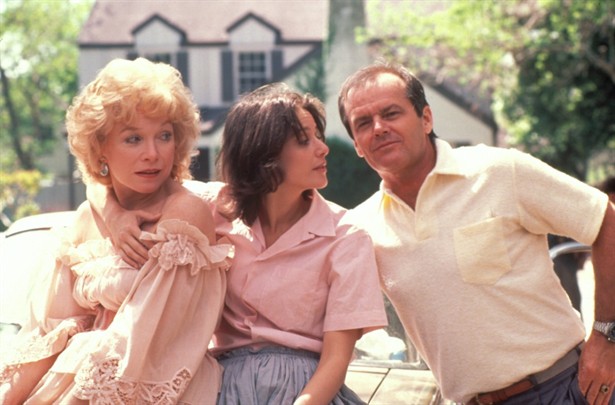 Emma leaves behind three young children. The circle that began with Aurora hovering over Emma’s crib ends with Aurora holding Emma’s baby girl following Emma’s funeral. There’s a terrible sadness to the scene, of course, but a hopeful new beginning at the same time. We know Aurora will step in to be the mother that Melanie and her brothers are cruelly denied, and Flap and even Garrett step up to the plate to console the boys. That’s family. The movie has a great title too—there are so many “terms” in this story. Terminal illness, terminated relationships, terms for saving a marriage or relationship, long-term grudges—the list goes on. And it’s endearing, too. The women are endeared to each other, certainly, and the film has endeared so many of us to its love-affirming message. Buy Terms of Endearment