Want to make a grown woman melt? Mention this movie.

It works on so many levels: as an allegory about growing up, as a song and dance movie, as a love story. And Patrick Swayze as Johnny? All muscle and sparkling eyes and tough-but-tender sneer? Say it with me: “Nobody puts Baby in a corner!”

This 1987 film follows Frances “Baby” Houseman (Jennifer Grey) during a pivotal summer in the 1960s. Baby and her family go to the Catskills for the summer, staying at a resort that caters to wealthy families like hers.

The staff is viewed as “hired help,” a lower class of people who exist to serve the wealthy vacationers. The standouts are Johnny and Penny (tough and beautiful, as played by Cynthia Rhodes). Johnny and Penny were an item when they were younger, and now they work as dance instructors at the resort, teaching the fox trot to vacationers.

Penny gets pregnant (not by Johnny) and Baby helps fund her abortion. While Penny is out “sick,” Baby takes her place.

That’s the basic outline, but how Baby goes from the outsider to an integral part of this resort-employee culture is a major crux of the film. So much happens to her, and Grey makes all the changes entirely plausible. She gains a new perspective on class distinctions, matures, learns to dance, and falls in love. It’s a lot for one summer, let alone one movie, but Dirty Dancing (directed by Emile Ardolino and written by Eleanor Bergstein) completely pulls the viewer in (well, this viewer, anyway) and brings her along for the ride. 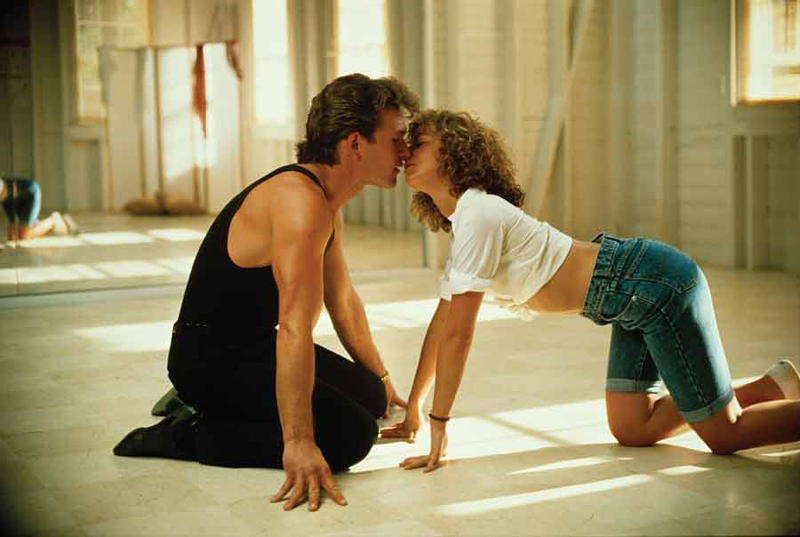 There’s a whole underside to the dance-instructor world at this resort, and it’s one that beautifully aligns with the change that’s taking place in Baby. While the vacationers see fox trots and instructors who flirt chastely with elderly guests, Baby sees the “dirty dancing” that goes on after hours. The sexually charged dance parties come to represent Baby’s budding sexuality in a way that perfectly captures the simultaneous fascination and repulsion that many young adults feel. 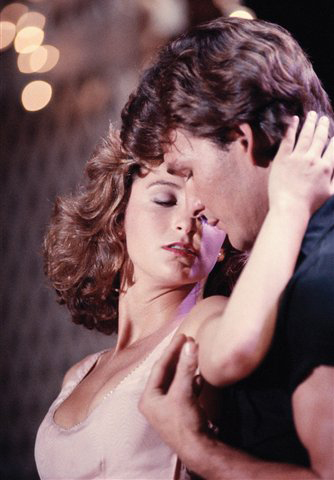 The relationship between Baby and her father (played by Jerry Orbach) is nicely nuanced, as well. He’s a big-shot doctor who spent time in the Peace Corps—a man who has a definite social conscience but isn’t sure how he feels about his own “Baby” girl rubbing shoulders (and more) with the hired help.

And then there’s the music and the dancing. The dancing! It’s exuberant and sexy. Swayze with his shirt off, Baby crawling over to kiss him—man oh man it’s good stuff. Swayze was the rare actor who was a dancer first and an actor later, and impressively talented at both. 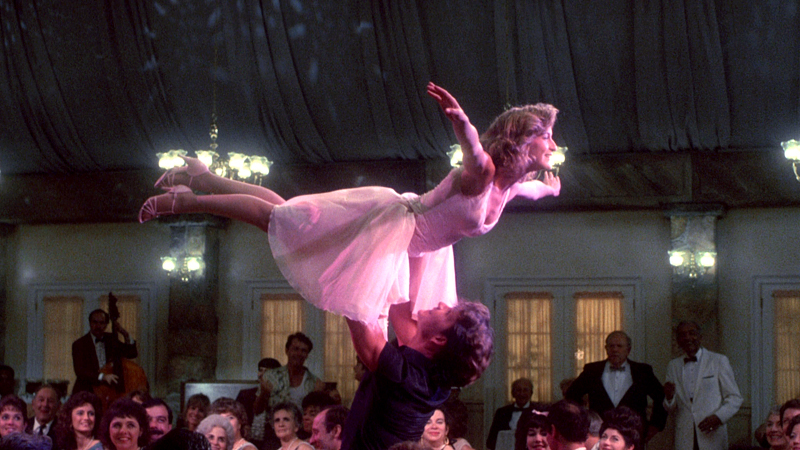 The postscript to the film, which no one could have foreseen, will only serve to sharpen its legend. Swayze died way too soon in 2009 (he was 57). And shortly after that, Jennifer Grey won it all on Dancing with the Stars. It was a sweet tribute, with lines between Hollywood and reality blurring. Grey had an outstanding dance partner on the show (the adorable Derek Hough), but we all know who really taught Baby how to dance.