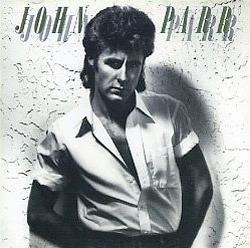 We are so pleased to have had the opportunity to interview 80s hit maker and all around cool guy, John Parr. He hit the 80s music scene in 1985 with the very awesome “Naughty Naughty” which went to #23 on the US charts. He followed it up later that year with his highest charting song, the #1 hit, “St. Elmo’s Fire (Man in Motion).” In this interview, John talks about touring England in his early teens with his first band in an old army ambulance, his involvement with the Man in Motion tour, hanging with the Brat Pack, what it took to maintain his awe-inspiring 80s mullet, and his new album “Letter to America.” Thank you, John, for talking with us. Enjoy!

LT80s: I understand that you started your first band, The Silence, when you were just 12 years old (would have been around 1966). That’s amazing. Did you have to take your mom with you on tour? Do you have music from that period that you could share with us?

JP: Both my Mum and Dad were very supportive – Dad converted the shed into a rehearsal room for me and the band. He drove us to gigs in a beat up old army ambulance. We had covered over 150,000 miles before I left school at 16 years old.

LT80s: You’ve written a lot of music over the years both for yourself and others. What is your favorite piece of music that you’ve written?

JP: It would have to be “St. Elmo’s.” I am proud of some of my other tunes but the moment of creation of that song was truly inspiring. I had just been shown a video of Rick Hansen, a young guy who had recently been disabled in a car crash. He was about to set out on an impossible quest … to wheel his chair 25,000 miles around the world to raise money and awareness for spinal research. It was called The Man in Motion Tour. The rest is history – he succeeded and so did I. Since that time I have remained involved with the charity that has now raised in excess of $250,000,000 for spinal research. I have seen many hopeless cases walk again.

JP: As I said in the previous question, I was so charged by the whole moment. I remember it all vividly. I knew when I heard the playback that this was bigger than either David Foster or I could have imagined. … *Goosebumps*

LT80s: Also related to “St. Elmo’s Fire,” did you have the opportunity to get to know the Brat Pack stars of that movie? What were your impressions?

JP: I got to hang out a little with them. Initially I don’t think they wanted to be on the set of the video but the barriers soon came down and the fun began. We would go to clubs and they would want to get up on stage and sing a few songs – you couldn’t get them off. Rob Lowe and I did a duet together for one of David Foster’s charity events. 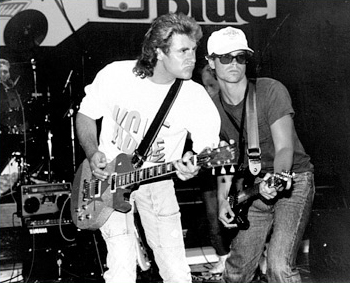 LT80s: I LOVE the song “Naughty Naughty.” The music is awesome, the lyrics are great. Rhyming “naughty” with “haughty” and “bawdy” is the perfect combination of high and low brow. There’s not much information out there about this song. Can you tell us a little about writing this song and the making of the video?

JP: Well the song was not written when we went to Criteria Studios in Florida to record my first album. We had a two week rehearsal room booked (Mary Fleming’s Place) so each day we would polish the songs we were going to record. I started to come up with the riff and we would just fool around with it each day as a warm up. It eventually turned into this cool little tune. I began to hear all these really weird sounds in my head that I wanted to put into it. I was confident we could pull it off. So we actually decided to record. It worked out well but when the band left for the UK leaving me to finish up, “Naughty” still had around 40 seconds of nothing in the break down sections. As I said, I’d heard all these sounds in my head I wanted to put in. So, I got JJ over from the UK – he was the programmer for the Trevor Horn and a member of Art of Noise – I was certain he would arrive with all those magical boxes. … Trouble was, when he arrived at the studio, he had no equipment or samples.

The Bee Gees were regulars down at Criteria and they lent us their Fairlight sample synth. JJ and I just made weird sounds and recorded them into the Fairlight … kicking dustbins, rolling metal ashtrays around, banging anything that sounded strange – what we did to the guitar was criminal. Anyhow we messed them up in the synth and finally they became those magical sounds you hear in all those break points on the record.

The video was shot in San Francisco. Cars, girls, fun, rock and roll and of course me as a moody mechanic who storms out of the garage, leaps into his 65 Mustang convertible, picks up his girlfriend, and flies off over the Golden Gate Bridge. … Well you would wouldn’t you?

I love cars and always try and work one or two into the videos. I remember we also had a white Rolls Corniche full of crazy girls in that vid too.

LT80s: I’ve read that the girl in the beginning of the “Naughty Naughty” video (in the car with the yellow tights) is a 22 year old Lisa Rinna. Can you confirm that?

JP: That is true. She was just a sweet innocent thing … one of her early roles I think. Why they put her in those horrible yellow tights I’ll never know. We did have fun however. I remember Meit Avis was the director. He did all of Huey Lewis’ vids.

LT80s: We cover all aspects of the 80s at Like Totally 80s, and that includes fashion. I gotta say, you had an era-defining mullet in the 80s. I am not sure where the question is in here, but would you like to comment on your mullet’s awesomeness?

JP: Well I always thought David Essex (top English pop star) had a great Barnett (haircut). But my hair was as straight as pump water, so I decided to have it permed. You will notice throughout the dozen or so vids I did then the volume of hair just kept going up and down. It just depended how long it had been curled before we filmed. Well it never quite measured up to David’s hair, but what was worse – the hair and makeup girls would insist on back-combing it. Well anyone will tell you who has been “permed” … Don’t do it! You see it just explodes. The worst case is on “St. Elmo’s.” I mean it’s like a dead animal on top of my head bouncing around. Not quite so bad in “Naughty,” but the sea air definitely didn’t help. It was a very curly day.

LT80s: You have shared the stage and toured with a lot of amazing musicians over the years. What experience stands out in your mind?

JP: Tina Turner was a magical tour for me. She was the hottest thing on the planet with “Private Dancer.” I did 40 shows with her and saw everyone. She’s a true great who taught me some great lessons and game some invaluable advice. My last show in America was with Roger Daltry. We did Madison Square Garden. We sang a song Julia Downes and I had written for him, “Under a Raging Moon.” Yoko and all the Lennon boys got on stage with us and host of The Great and the Good. It was truly surreal.

LT80s: All of the work you’ve done over the years, what are you most proud of?

JP: I have done a little bit of work with UNICEF and have generally made myself available for good causes. As a musician you usually just show and play a benefit. I try whenever possible to understand what the aim of the organization is and see if I can give a little more. I have written 4 or 5 tunes for them … wounded soldiers, stop human traffic, runaway kids, educational projects, and a bunch of cancer related events. It’s the least I can do. 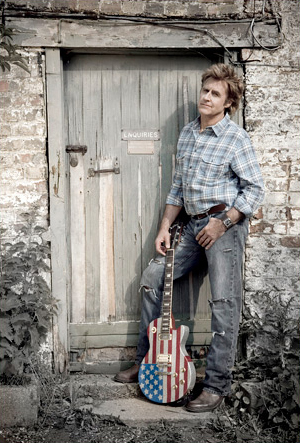 LT80s: When you are not making music, what do you like to do?

JP: I live in a very old house that always needs something done to it. By the time you get done ti’s time to start where you began. It is a pretty big old place, so a lot of ‘DIY.’ I’m a bit of a bodger, but I get there in the end. We have always had dogs. We have bred them and shown them … even won Crufts (top dog show in the UK). I’m also a martial arts instructor. I teach mainly kids, not just how to kick, punch and defend themselves, but martial arts is also about training the mind, being respectful, and considerate. If only everybody did it…

LT80s: You have a new CD coming out and a US tour coming up this summer. Can you tell us more about both? We are really hoping the tour includes dates in the South – say it does!

JP: My album ‘Letter to America’ is a double album – a rock album and an acoustic album. It reflects my music and the two kinds of shows I do. It has my classics on it and themes from some of the movies I’ve written for including Three Men and a Baby, The Running Man, Near Dark, and American Anthem. It also has a new recording of “St. Elmo’s” with the band as well as an acoustic version. I am very happy with the record. It is a thank you to the country that gave me a chance in the first place and the one I am not returning to … America.

Thanks for the Interview!