Home » Just You and Me, Babe: Romantic Duets of the 80s

Just You and Me, Babe: Romantic Duets of the 80s

The music of the 80s wasn’t just about hair bands, wailing sax, and stalker music. We had our share of songs that celebrated the tenderness and angst of true love, too. I am so in love with these romantic duets from the 1980s. 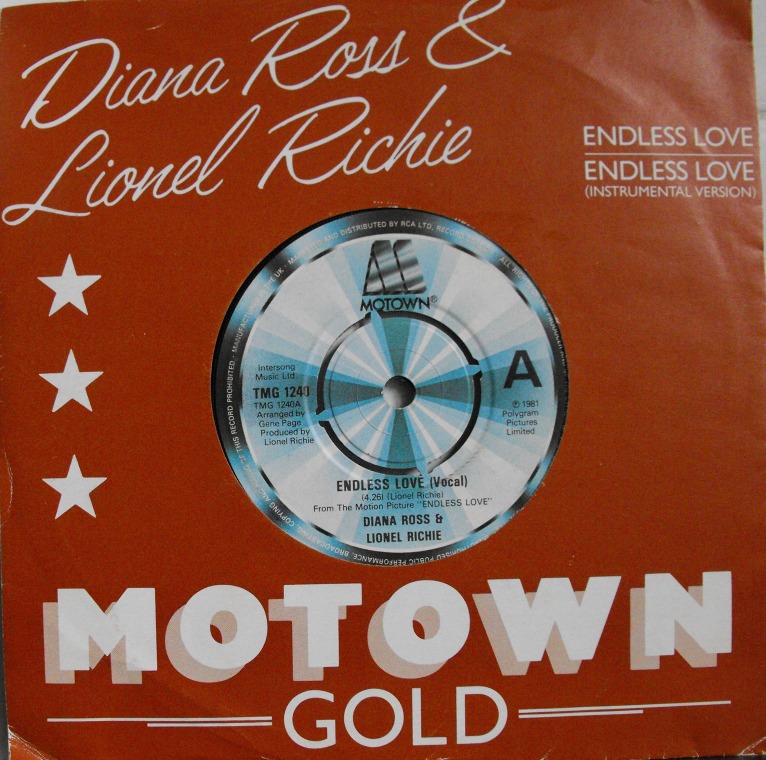 First off, we have the best selling single of Diana Ross’s entire career: “Endless Love”, her duet with Lionel Ritchie. It was for the movie of the same name starring Brooke Shields, but the movie was nowhere near as popular as this dreamy love song, penned by Lionel himself. In fact, on Valentine’s Day of 2011, Billboard magazine named it the top duet, like, EVER.

Kenny Rogers was a popular duet-er (duetist?) with other ladies, too. I love this video with a spoken intro by him. It’s easy to mock his open collar and blowdried hair nowadays, but I still think Kenny Rogers is one hot ladies’ man. Here he is with Kim Carnes in 1980’s “Don’t Fall in Love with a Dreamer.”

Okay, just ONE more Kenny Roger’s song. They’re just all so GOOD! “Islands in the Stream” was written by the Bee Gees and performed by Kenny and Dolly in 1983. Fabulous.

Stevie Nicks of Fleetwood Mac fame and the Eagles’ own Don Henley sang “Leather and Lace”, which became a Billboard #6 single in 1982. Their powerful, restrained voices make magic together. This song nails that sweet struggle to remain independent while giving yourself over completely to the one you love. Added bonus: this video has a great collection of Stevie Nick’s photos, in all her gypsy woman glory.

Ann Wilson of Heart and Loverboy’s Mike Reno sang “Almost Paradise” for the 1984 movie “Footloose”. Yet another heart-wrenching, achingly perfect love song. It makes me want to put on a crinkly hot pink satin mini-dress, a sweetheart rose wrist corsage, and sway in a crepe-paper bedecked gym.

Phil Collins was no stranger to the 1980’s romantic duet scene, either. Check out “Separate Lives”, his soulful duet (a Billboard #1 hit) with Marilyn Martin from the 1985 movie “White Nights.”

Amy Grant had been popular on the Christian music charts, but she broke right out of that mold her 1986 duet with Peter Cetera, formerly of Chicago. Ordinarily Peter Cetera’s voice chafes me a bit, but it melts so beautifully with Amy Grant’s rich vocals in this song.

I just played this next song and will happily confess: GOOSEBUMPS. (Hee, hee, he kisses her right on the nose! Oh, Baby, you lucky girl!) Patrick Swayze and Jennifer Grey were totally awesome in 1987’s “Dirty Dancing”. Bill Medley and Jennifer Warnes gave us a duet that is pretty much impossible to listen to without smiling goofily and feeling your heart swell, am I right?

From 1982’s “An Officer and a Gentlemen,” we had what is one of the most soaring, earnest love songs EVER: “Up Where We Belong”. Oh my gosh, this song is so beautiful. Amazing each and every time I hear it. Joe Cocker’s hot-crazy growl cuts through the sweetness of Jennifer Warnes’s light soprano and creates a musical masterpiece.

So, now I’m blushing and feeling all a-flutter. I think I’ll doodle some hearts and a few hundred cursive renditions of “Mrs. James Anderson,” “Mrs. Julie Anderson,” and “James and Julie Anderson” in my spiral notebook now.

I hope love lifts you up today, too.