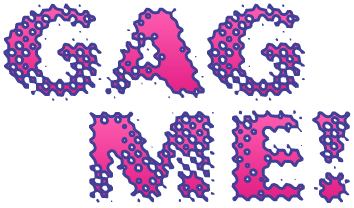 Journey’s first real video is a disaster of epic proportions (think: Hindenburg). For starters, the band, who can actually play musical instruments, spends most of their time in the video playing air instruments, while a semi-good looking girl … walks. Yup, that is the concept of this video. Even better, it turns out (at the end, if you are masochistic enough to watch the whole thing through) that the entire video is a dream. Seriously. In between, Steve Perry
massively over-acts while lip-syncing, wearing a classic sleeveless 80s t-shirt.  Although, to be fair, the rest of the band looks like they just rolled out of bed as well. MTV played the hell out of this piece of crap, following the huge success of Journey’s ‘Escape’ album.  The situation was mad worse because it was all that MTV had to work with (earlier Journey videos were cut from concert footage). My feelings were validated when in 1999, this stinker of a video was ranked by MTV’s viewers as one of the 25 worst videos ever.

Rick James (“I’m Rick James, bitch”) helped with this one, although he was smart, he would not have sought songwriting credit. The concept of the video is pretty simple: Eddie Murphy sings the song in a recording studio. Murphy sings about as well as you would expect a comedian to, and the song is pretty derivative pop funk. Murphy also wears a really ugly shirt. Rick James watches, excitedly, from the sound booth. Luckily, Eddie Murphy soon abandoned his recording “career” and went back to being a top shelf comedian. The song has shown up on a few worst lists in the intervening years.

I have no doubt that Bobby McFerrin is a talented guy. He’s won 10 Grammys (OK, that proves nothing, I know), after all. But this song is just … well, painfully repetitive. And the video, with Robin Williams and professional clown (yes, really) Bill Irwin, is just lame. In fact, I think that the guys know that the song is weak, so they are trying to distract you from the fact that the chorus repeats itself something like 30,000 times. By the way, this song won song of the year, record of the year, and best male pop vocals at the 1989 Grammys. Lastly, I beg you not to click the play button below. If you do, the earwig you’ll have for the next two weeks is on you, not me.

This song was Asia’s biggest hit (it went to #4 on the U.S. charts) from their self-titled debut album. The video is a moving 16 box interpretation of the song that has to be the most inane, concrete interpretation of a song’s lyrics ever. Don’t believe me? Go ahead and watch it (paying attention to the lyrics). As one example, the line “heat of the moment” is shown as a “Heat” branding a piece of plywood and then a clock. I would love to have been in the meeting when this was pitched to the record label (“We’re going to make the laziest, least imaginative concept video ever.”) Even more disappointing, this video was shockingly directly by Godley and Creme, who went on to become hugely successful by making really great music videos.

This next stinker represents Styx’s attempt at a rock opera, protesting censorship (and robots). The video starts with the band pretending to be robots, followed by the band dancing robotically in robot costumes while the lyrics … well, you get the picture.  It is like a bad Broadway musical–with robots. To be fair, rock operas (or musicals) are hard to pull off, and the situation is not helped by Dennis DeYoung’s lavender jumpsuit. You would think, though, that someone at the label would have talked to the band about this, while frequently using the term “career suicide.” If you need additional proof, it was rated as the second worst video ever by the Video Ga Ga Music Blog. (Vanilla Ice’s “I Love You” takes home the top spot). And did I mention the robots?

I like Cheap Trick. Having said that, they should really issue an apology for this clunker. From the 1984 movie of the same title, the band is acting out what looks like their version of the movie. Unfortunately, the guys in Cheap Trick act about as well as you would expect. Ok, perhaps a little worse than you would expect. The video features your typical magic bathtub that is connected to a pool, chics in bikinis, arrows, fishing poles, and a dog. Let’s put it this way, when future generations look back on videos as an art form, this will not be mentioned. The only good news is that the band rarely plays the song in concerts.  Call me cynical, but I think they did this one for the cash.

Here’s the summary: derivative pop song and pretentious video showing a man’s life in just over four and a half minutes. The video starts with a baby and transitions through the different life stages as the band plays on. My favorite stage – the REO-Speedwagon-sweatshirt-stage that includes looking out the window at the chorus of static TV-faced women (for reference, around 1:35). Then there is the teenager-in-a-box-house-that-falls-apart stage and the lets-stand-by-a-chair-for-50-years stage. Although, I think we can all agree that it’s a nice touch to have the ugly schooner sail off at the end during the snowstorm, though. The band actually released a second video for the song, with an intro showing them trying to sing in different keys and then performing–makes you wonder at what point they realized the first video sucked.

Where to begin with this one? First of all, I won’t even get into the music (except that I will) – by the early 1980s, Dennis DeYoung was basically writing show tunes, so there’s no point in making fun of him for that.  Next up, the first three seconds of the video with the train are just unfortunate. Things go downhill quickly after that – starting with the neon blue plaid shirt on through to the tough guys (who don’t look very tough). The sports scenes are unintentionally hilarious.  Let’s just say that Dennis does not make a very convincing quarterback. And who keeps a vintage Mustang in their garage … and then gives it away? DeYoung also tends to overact more or less continuously, resulting in a poor man’s musical. I say: skip this, and go see Rent instead.