A Mega Star in the Making: Tom Hanks in the 80s

Home » A Mega Star in the Making: Tom Hanks in the 80s

Before he taught us the life was like a box of chocolates, saved Private Ryan, made friends with Wilson the volleyball, and solved the DaVinci Code, Tom Hanks was a beloved actor in the 1980s. Let’s look back on his life and his contributions to American T.V. and film in the eighties. 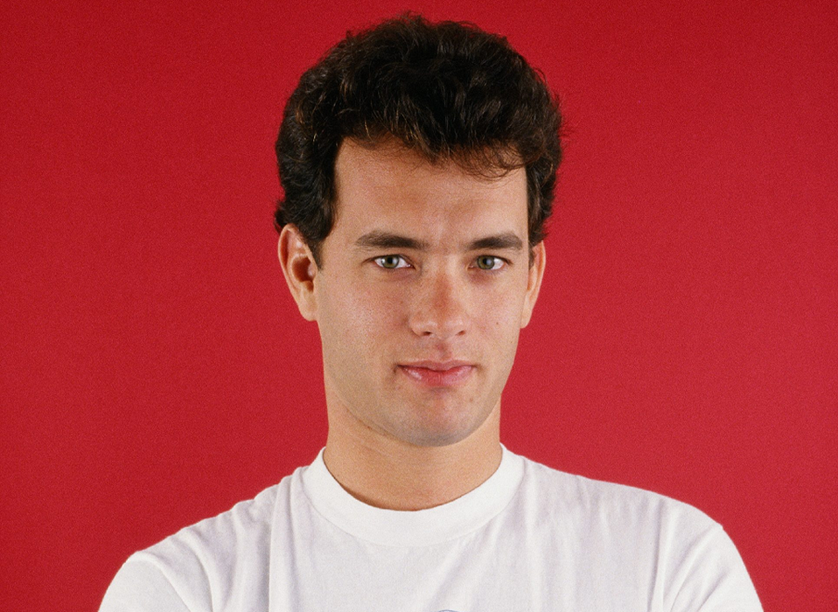 Thomas Jeffery Hanks was born in Concord, California on July 9, 1956. He acted in school plays while attending Skyline High School in Oakland. Hanks studied theater in college and became an intern at the Great Lakes Theater Festival in Cleveland, Ohio. Next it was on to New York City and Hanks’s first screen roles.

Here’s Hanks in his VERY FIRST movie, 1980’s slasher film He Knows You’re Alone. I missed this one, but apparently it’s about a creepy serial killer who attacks women on the night before their weddings, because they’re ALWAYS completely alone then. (Like, I’m so sure.)

However, we ALL saw Tom Hanks in the hit 1980-82 T.V. show Bosom Buddies. He played Kip/Buffy Wilson, one of two male roommates who pretend to be women in order to finagle cheap rent in an all-female hotel. He met his second wife, Rita Wilson, on the set. She appeared in an episode in the second season of Bosom Buddies. Interesting side note: “My Life” is the show’s theme song, but that’s NOT Billy Joel singing it:

Hanks appeared in episodes of Taxi and Happy Days. Then it was on to the made-for-television movie Mazes and Monsters in 1982. It totally capitalized on the Dungeons and Dragons brouhaha.

After a recurrent role as Ned Donelly on Family Ties, Hanks made a huge onscreen splash playing Allen Bauer opposite Darryl Hannah’s mermaid in 1984:

And it was totally uphill from there. The same year, he portrayed goofball Rick Gassko, engaged to straight-laced Debbie Thompson. Debbie, by the way, was none other than Tawny Kitaen. Yes, THAT Tawny Kitaen.

He starred with James Belushi in The Man with One Red Shoe, a goofy spy comedy:

And with John Candy and future wife Rita Wilson in Volunteers, a goofy Peace Corps movie:

Having established himself as a WAY goofy (but likeable! with off-beat good looks and charm!) character actor, Hanks was the perfect choice for the fabulous 1986 comedy, The Money Pit. The movie, also starring Shelley Long, embodies every home remodeler’s nightmare, with hysterical results:

Nothing in Common was a bit more serious, and a bit less well-received. Jackie Gleason portrayed Hanks’s cranky, increasingly needy dad in this poignant and mostly unfunny movie:

Every Time We Say Goodbye was another serious, heartfelt movie starring Hanks. This was a wartime love story, and, while it was moving and genuine, we were starting to miss the goofball Tom Hanks:

Dragnet, in which he costarred with Dan Ackroyd, was a step in the right direction, but the wacky detective comedy left us wanting more:

With 1988’s Big, we TOTALLY got it. Hanks portrayed Josh Baskin, a kid who gets his wish to be a grown-up. Elizabeth Perkins played Susan, an actual grown-up who falls for Josh. Alas, their romance is going to have to wait a few years until Josh is of legal age.

Punchline, a movie about stand-up comics which costarred Sally Field, fell flat in 1988. I don’t even remember hearing about this one:

The ‘Burbs was a MUCH bigger hit. It’s a murder mystery set in a paranoid regular-guy neighborhood. (And yes, Tom Hanks is once again goofy in it.)

Rounding out Hanks’s eighties’ contributions is 1989’s Turner and Hooch, a not-terrible comedy about an uptight detective who is partnered with a slobbery dog.

Tom Hanks went on to be WILDLY successful in, like, all kinds of stuff. Check out his IMDB page for a complete list of his acting roles (goofy AND serious) and bazillion other film contributions.

While you enjoy his more current, awesome work, keep Hanks’s humbler beginnings in mind. While we might snicker a bit at movies like Mazes and Monsters, we can see the glimmers of the guy we came to love in scenes like this one: