Coca-Cola rugby shirts were SOOO cool in the mid-eighties. With bold primary (or sometimes pastel) wide stripes and that famous cursive logo, we thought they were totally radical. My best friend had one and wore it, like, EVERYWHERE with her pinstriped pleated jeans. Coke rugby shirts were so cheerful! So colorful! So sporty!

We loved the boxy, loose shape of the shirts and the feel-good American vibe that came with wearing the soft drink’s logo. After all, Coke’s motto in ’85 was “America’s Real Choice” (which was totally in response to the Pepsi Challenge) and, in ’86, it was “Red, White, and You.” The Coca-Cola product line was playfully, exuberantly patriotic: 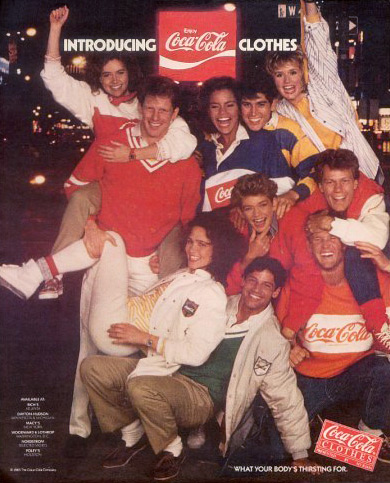 Got a little jones for your own 80s pop apparel? You’ll be stoked when you check out Etsy and Ebay for awesome shirts like this one: 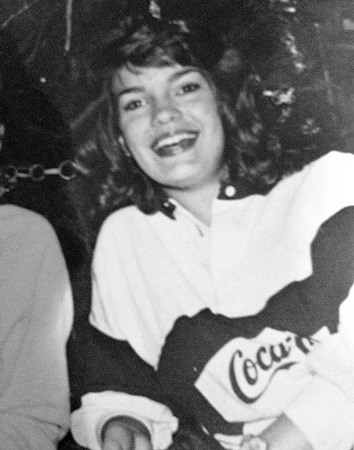