Be Part of Something Special! Get Corey Haim a Star on the Hollywood Walk of Fame

Home » Be Part of Something Special! Get Corey Haim a Star on the Hollywood Walk of Fame 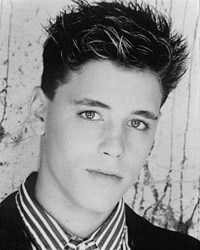 Many people remember Corey Haim with a smile. Those that recall the teen beat craze of the two Corey’s on the top of the world may have shed a secret tear on March 10, 2010 when media outlets began to report that Corey had indeed passed away due to complications of pneumonia. Newer fans who discovered Corey through his legacy of amazing performances also expressed dismay and posted online tributes to him and sent flowers to his funeral and for his burial. Corey was also snubbed by the Oscars and from SAG memorial tributes. Some speculated this was due to his reputation rather than the “timing” reason given.

A lot of untruths were, and have since been, printed about Corey and we feel that those wrongs need to be put right and the family deserve to know just how much he was loved and that we do not always believe what the media say. This campaign is a way of doing this. Justice for Corey and his family.

Corey stated he wanted a star on the Hollywood walk of fame. A fan of Corey’s on Twitter (@neverforgethaim) created an online petition through twitter (known as a ‘twitition’) and has begun a campaign in support of this, in order to get Corey the star he wanted. 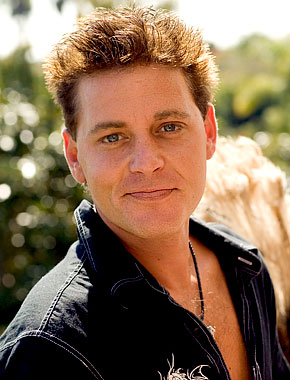 A massive boost for Jennifer and the Fanbase came when Joe Raffa and Harrison Smith (writers/producers) of forthcoming movie six Degrees of Hell, starring Corey Feldman agreed to back this campaign. Six Degrees of Hell tweet regularly about the campaign to their followers, wrote an extremely touching and passionate blog and are working on plans for helping bring this to fruition.

We are all massively boosted by the knowledge that Corey Feldman is 100% supportive of all the efforts being taken to secure this for “The Haimster” and to know that Corey’s family – particularly his mum, Judy and sister Cari – are aware and pleased with our efforts.

We recently were lucky enough to secure contact with the web mistress for Corey’s website and she has very kindly posted the links to the twitition and FB page on his site and will hopefully post important updates as and when we have them.

The Fanbase have managed to secure support in the form of signatures on the twitition from industry folk as well – Actor Sean Astin, Singer Debbie Gibson (both of whom have since followed-up with tweets about this campaign) to name a couple. There has also been interest from fansites, media outlets and film companies, across the globe, who have all offered to help and either the Fans or Six Degrees are in the process of responding to these.

The effort now going into this ‘project’ is now phenomenal and we want every Corey Haim fan to have the opportunity to make a difference, to help make this happen. Please take a minute to sign the twitition – this does require a twitter account (it takes 2 minutes to sign up and is an excellent way of keeping in touch). If you don’t have/want Twitter but have Facebook, head on over to the page and give us a ‘Like’ and leave a message if you wish. If you have neither but wish to send a message or idea of how to help I am sure liketotally80s.com would be happy to forward these to us.

We are truly grateful to liketotally80s.com for posting this article for us and hope that you enjoyed it and feel compelled to join this cause. #GetCoreyaStar

Jennifer, Carol, Rachel, Rhianne & Marie
For and on behalf of The #HaimArmy