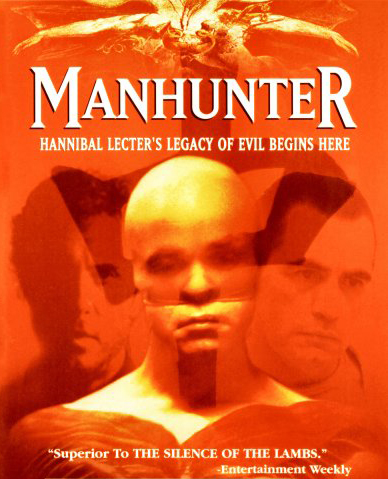 FBI-man Jack Crawford (Dennis Farina) has a problem. Two Georgia families in two Georgia cities have been brutally murdered. He knows that the two crimes are connected, based on the killer’s modus operandi, and the clincher is that the killings are happening based on the lunar cycle, which leaves Jack only three weeks before the next full moon and before the killer, dubbed “The Tooth Fairy” because of his penchant for taking bites out of his victims, strikes again. Jack has no choice but to call on retired FBI agent and expert criminal profiler Will Graham (William Petersen). Will Graham is retired because his last case, when he caught the infamous Dr. Hannibal Lecktor (Brian Cox), drove him over the psychological edge. To catch the killer, he tried to become the killer, and he almost succeeded too well in becoming the killer, ultimately endangering his own family. Still, feeling the need to prevent another family from being brutally slain, Will accepts the job. One of his first tasks is to visit Dr. Lecktor, so he can once again familiarize himself with the taste of catching killers.

Michael Mann has directed some excellent movies in his career, including 1995’s Heat and 2004’s Collateral; but in 1986, Mann was best known for having created TV’s Miami Vice, a show that just oozed cool. And with this film, he found himself ahead of the cool curve again, helming a tale of criminal profiling before criminal profiling became . . . well . . . cool. And Petersen’s portrayal of Will Graham brings to mind a combination of different fictional crime-fighters: Don Johnson’s Sonny Crockett from Miami Vice (only not as pretty . . . and wearing socks); David Duchovny’s Fox Mulder from The X-Files (without the quirkiness . . . and without the aliens), and Lance Henrikson’s Frank Black from Millennium (only . . . happier).

Making a notable debut appearance in this film is literature’s most infamous flesh-eater, Dr. Hannibal Lecktor. (Note: in The Silence of the Lambs, his last name is spelled L-E-C-T-E-R, but in the credits of this film, it’s spelled L-E-C-K-T-O-R). Brian Cox is nowhere near as menacing as Anthony Hopkins is when playing the same character, but he doesn’t have to be, as he is not the centerpiece of the plot; Graham is and should be.

The other star in this film, almost upstaging the actors, is the audio-visual style. So striking is Mann’s use of imagery and music, as it was on Miami Vice, that there are times you wonder if you’re not actually watching a two-hour music video. Not that this is a bad thing, as the pleasing aesthetics nicely offset the brutal subject matter, preventing the film from being too dark.

Ultimately, to watch Manhunter today is to watch a film that is at once nostalgic and ahead of its time, and always an excellent thriller.