The first herd of candy-colored toy horses was created in 1981. My Pretty Ponies were significantly bigger than My Little Ponies and were nowhere near as popular.

In 1983, Hasbro’s My Little Ponies hit the jackpot with the elementary-age girl crowd. They were perfectly sized for little hands and little purses. We wanted to collect the dainty pony dolls, line them up on our shelves, and admire their sparkly pastel beauty. Our friends brought their favorite My Little Ponies over to play when they spent the night and we had all sorts of mild, perfectly coiffed horsey adventures with our Pony accessories. 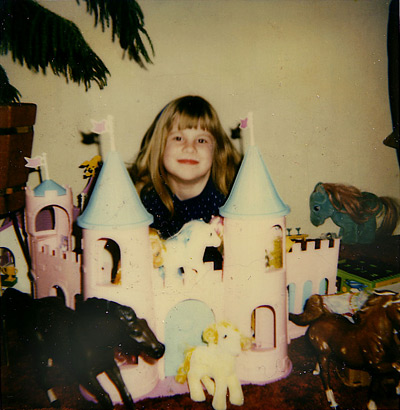 The ponies’ draw went beyond their cartoony-cute features and playfully dappled rumps. My Little Ponies had that HAIR. Oh, how we loved to brush their glossy manes and tails, over and over and over. 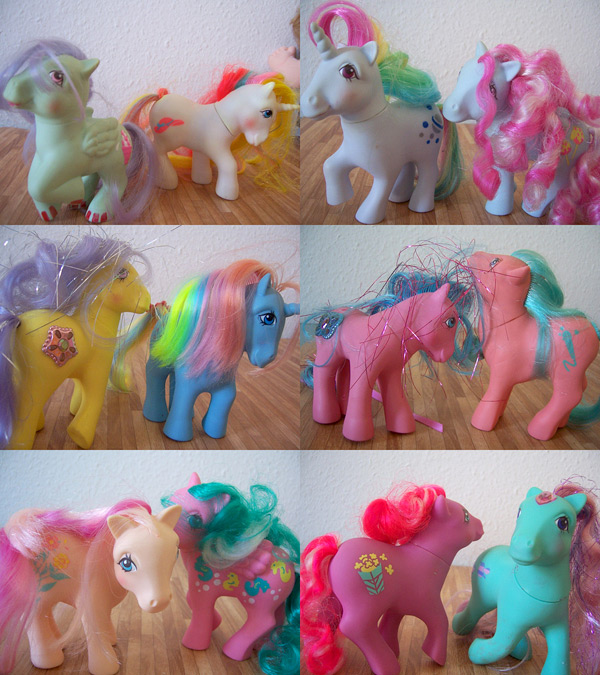 Which reminds me of my very favorite Dr. Seuss book, “One Fish, Two Fish, Red Fish, Blue Fish.” It was originally published in 1960, but many of us had a well-loved copy, right? I wanted to be the girl in this picture so badly: 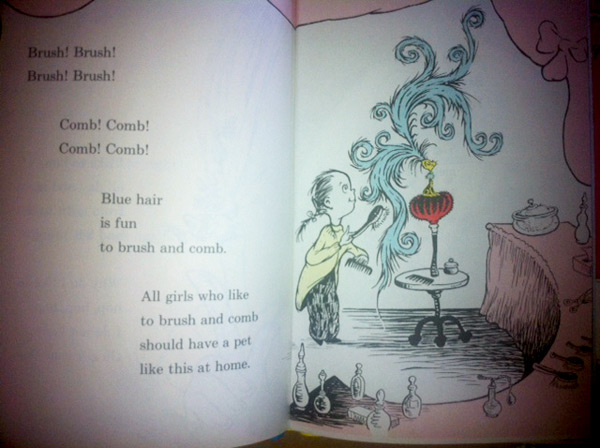 Predictably, the popularity of the dolls led to a television cartoon. We heard that same catchy jingle at the beginning of every program:

My Little Ponies have been going strong since the eighties in cartoons, toys, movies, clothes, and accessories. In the Friendship is Magic series, the modern Ponies sing and play nicely and fly around. The animation looks a little different, but the sweet, friend-centric message is totally the same:

Back in the eighties, we’d never have predicted a whole different crop of My Little Pony devotees. They’re adults, they dress in MLP costumes, and they’re often dudes. 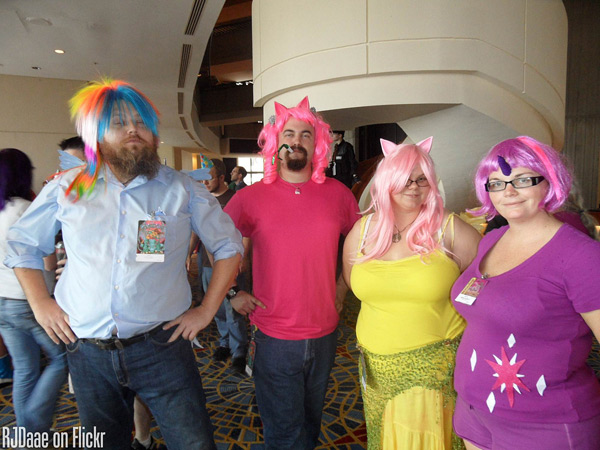 As whatisabrony.com puts it, a brony is “anyone that enjoys ‘My Little Pony: Friendship is Magic’ that is outside the target demographic of little girls; including both males and females.”

The Pony Love has escalated into a legitimate adult craze. Sites such as Ponychan and Equestria Daily cater to bronies, and fans flocked to BronyCon Summer 2012.

Maybe it’s tempting to look askance at Bronies. After all, they’re grown-ups who are dressing up as animated characters and collecting pony dolls. However, at LT80s, we’re all about acceptance. My Little Pony is all about friendship, playfulness, and looking fabulous – so what’s not to love? If adults relate to Pinkie Pie, Applejack, and Rainbow Dash, we think that’s totally awesome. 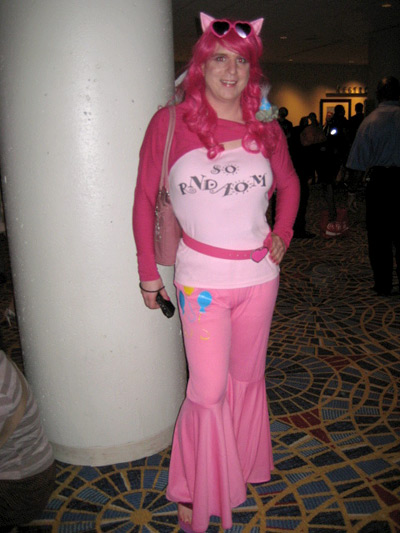