Also known as lightning balls, plasma globes, or plasma lamps, plasma balls were one of the coolest home accessories of the 80s. (And they’re still pretty bitchin’ in my book.) A plasma ball is a clear glass sphere filled with low density noble gases. Inside the ball is an electrode that causes the gases to glow in flowing streaks of colored light. When you touch the surface of the ball, lightning bolts run from the electrode to the point of contact. RADICAL. 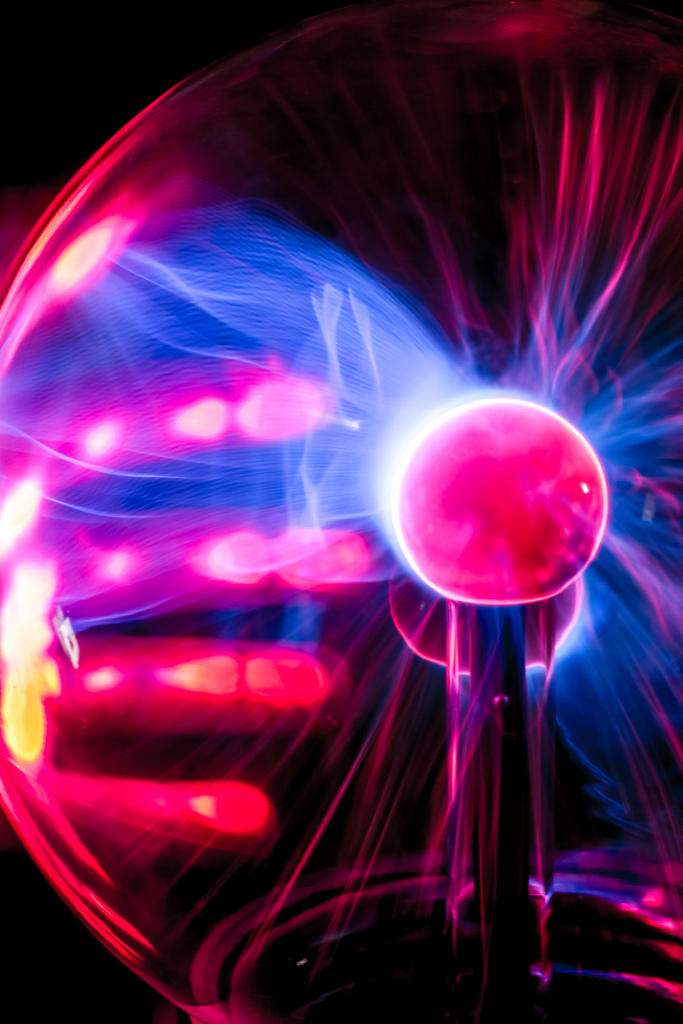 Plasma balls looked like props from Dr. Frankenstein’s lab (or at least Doc Brown’s). We saw one in the creepy laboratory in 1983’s “The Man with Two Brains” and thought it was way cool.

The basic idea for the plasma ball was patented by Nikola Tesla in 1894. It was called the Incandescent Electric Light, and Tesla used it to study high voltage phenomena. And impress his friends, I’m sure.

However, Bill Parker, while a student at MIT in 1970, invented the trippy modern fixture we know today. Plasma balls grew in popularity through the 80s and are still sold today. You might have owned or seen an “Eye of the Storm” plasma ball sold by Rabbit Systems at stores such as Spencer’s Gifts.

Here’s an awesome assortment of plasma balls in action:

And a more modern but way cool commercial for the Ford Focus that features an enormous plasma ball:

Factoid: You can hold a fluorescent light bulb up to a plasma ball and it will glow from the field surrounding the ball. Dude.

Here are some other fun and possibly ill-advised games to play with your plasma ball. Whee!

NOTE: LT80s in NO WAY suggests that you try any of these activities since you could, like, lose a finger or go blind or totally burn your house down.

Today, plasma balls are still available, and they come in all shapes and sizes. They’d make a great accessory for your next eighties party, as well as a choice addition to your collection of eighties memorabilia. Scope out Ebay for tons of options and get your 80s plasma glowing, dude!