(and its role in the ongoing Van Halen / Van Hagar debate) 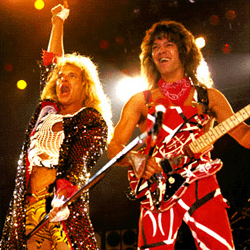 It has been one of the most divisive issues of the past thirty years. A controversy that has inspired rancorous debate, has pit brother against brother, and has spawned heroes on both sides, with neither side claiming victory. I’m talking, of course, about the Van Halen vs. Van Hagar debate.

Folks have bizarrely strong opinions regarding which version of Van Halen is better—the one fronted by the punch-drunk, startlingly limber David Lee Roth or the one led by the raspy-voiced, non-55-driving Sammy Hagar. While arguing their position, some appeal to logic (“Roth’s version has sold more albums!” “Yeah, well, Sammy’s version had more albums reach number one!”); others appeal to emotion (Hagar sucks! Diamond Dave’s a clown!); and still others claim they prefer the Gary Cherone era. Actually, I’m just kidding with that last one… no one has ever said that.

Me? I don’t know if I have an opinion, except to say that my favorite Van Halen song is probably “Love Walks In,” from Sammy’s first VH album, 5150. And I realize, by admitting that, I have effectively heaved my credibility right out the window for a good portion of my audience. And that’s fine, because I find “Love Walks In” haunting and beautiful—the musical equivalent of Zooey Deschanel’s character from (500) Days of Summer.

And to my detractors, I counter with two questions: (1) “So, you prefer the unlistenable ‘Why Can’t This Be Love?’ then? If so, you have less credibility than I do.” and (2) “Oh, and you didn’t play the opening notes of ‘Love Walks In’ ad nauseum on your Casio keyboard back in 1986?”

But as I was saying… I don’t have an opinion about which version of VH is better, but I do have an opinion on one of the opinions. Let me explain: one of the biggest knocks against Van Hagar is that when the band brought in Sammy they also seemingly brought in some new marketing strategists, who apparently advised them to jettison the face-shredding guitar licks that put them on the map for cheesy synth-poppy keyboards. In essence, they’re saying that the Dave-fronted version of Van Halen ran with the devil, while the Sammy-fronted version skipped with teenyboppers.

To me, that argument is complete elitist and easily refutable bunk. In fact, I can shoot down that argument with one word: “Jump.”

Released thirty years ago, as the first single from the album 1984, “Jump” is historical for several reasons: it’s the only Van Halen song to reach number one on the Billboard charts: it’s the song that basically tore Eddie Van Halen and David Lee Roth apart; and it’s the best Van Hagar song that Van Hagar never wrote.

Here’s what I mean by that last part: Hagar-haters rail on Sammy-era songs for their insipid lyrics, their reliance on synthesizers, and their blatant pandering to “mainstream” fans. But “Jump”—the most well-known song in the band’s history and maybe one of the most well-known songs in the history of popular music—has all of those qualities. Nonsensical lyrics? Check. Synthesizers? Big check. Appeal to the mainstream? Well, when you consider that Eddie allegedly borrowed the “Jump” synth part from Hall and Oates’ “Kiss on My List”… yeah, I’d say a huge CHECK!

(Granted, VH tested the waters of commercialism with “Dance the Night Away.” But with “Jump,” they officially plunged headfirst into the Pop Culture Pool, the Main Stream.)

And I’m not saying any of that is a bad thing. Prior to “Jump,” all I knew about Van Halen is that I didn’t want to know anything about them. The kids who liked Van Halen were the same ones who liked AC/DC and Black Sabbath. Those kids scared me. But I owned 1984 on cassette, as did everyone else I knew. If “Jump” was a calculated attempt on the part of Van Halen to broaden their fanbase, it absolutely worked.

My point: there may be a whole host of legitimate reasons to hate on Van Hagar. Hate them for their partnership with Crystal Pepsi; for penning the lyric, “My babe is poundcake”; for releasing an album called OU812, quite possibly the dumbest album title of all time. But don’t hate on them for being synth-heavy sell-outs. Or do, but just know that thirty years ago, Diamond Dave commanded people to “Jump,” and a nation responded—by jumping on the VH bandwagon. 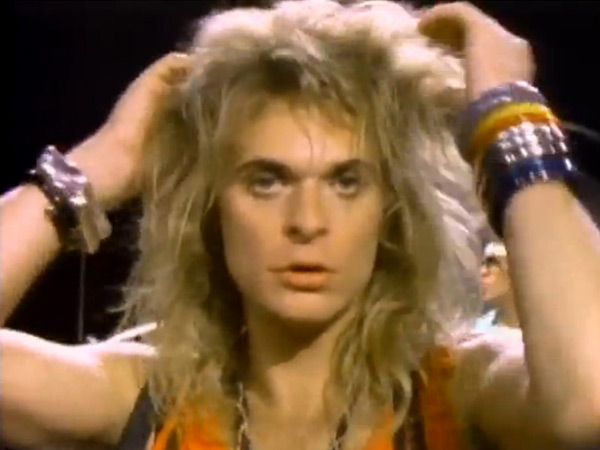