We recently attended the opening night festivities at the Sidewalk Film Festival in Birmingham on August 22nd, which featured the screening of Keva Rosenfeld’s documentary, All American High Revisited. As an avid 80sophile, I expected to like the film. But, wow, that doesn’t begin to cover how much I loved the film, and I wasn’t alone. The Alabama Theater was packed to the gills with over 2,000 people, and each and every one of them was enchanted, entertained, and enthralled. I can only hope that Netflix sees this movie; it is the perfect addition to the documentary offerings currently in their catalog. This movie deserves the widest audience possible.

No matter what age you are, you still have the 17-year-old self in your body on some level, or some semblance of that enthusiasm and promise.


The original 59-minute documentary was filmed throughout the 1983-84 school year at Torrance High School in California (later the setting for 90210), following a foreign exchange student, Rikki. It aired on PBS in 1987 and presented an insider’s view of high school life in the mid-80s. Fast forward 30 years. All American High Revisited includes the original film (remastered) with an additional half hour at the end that includes updates and new interviews with the students from the film. The updates show what 30 years of post-80s life offered to these students. The film is a priceless time capsule of 80s fashions, culture, music, and high school life. And the updates are touching and revealing. 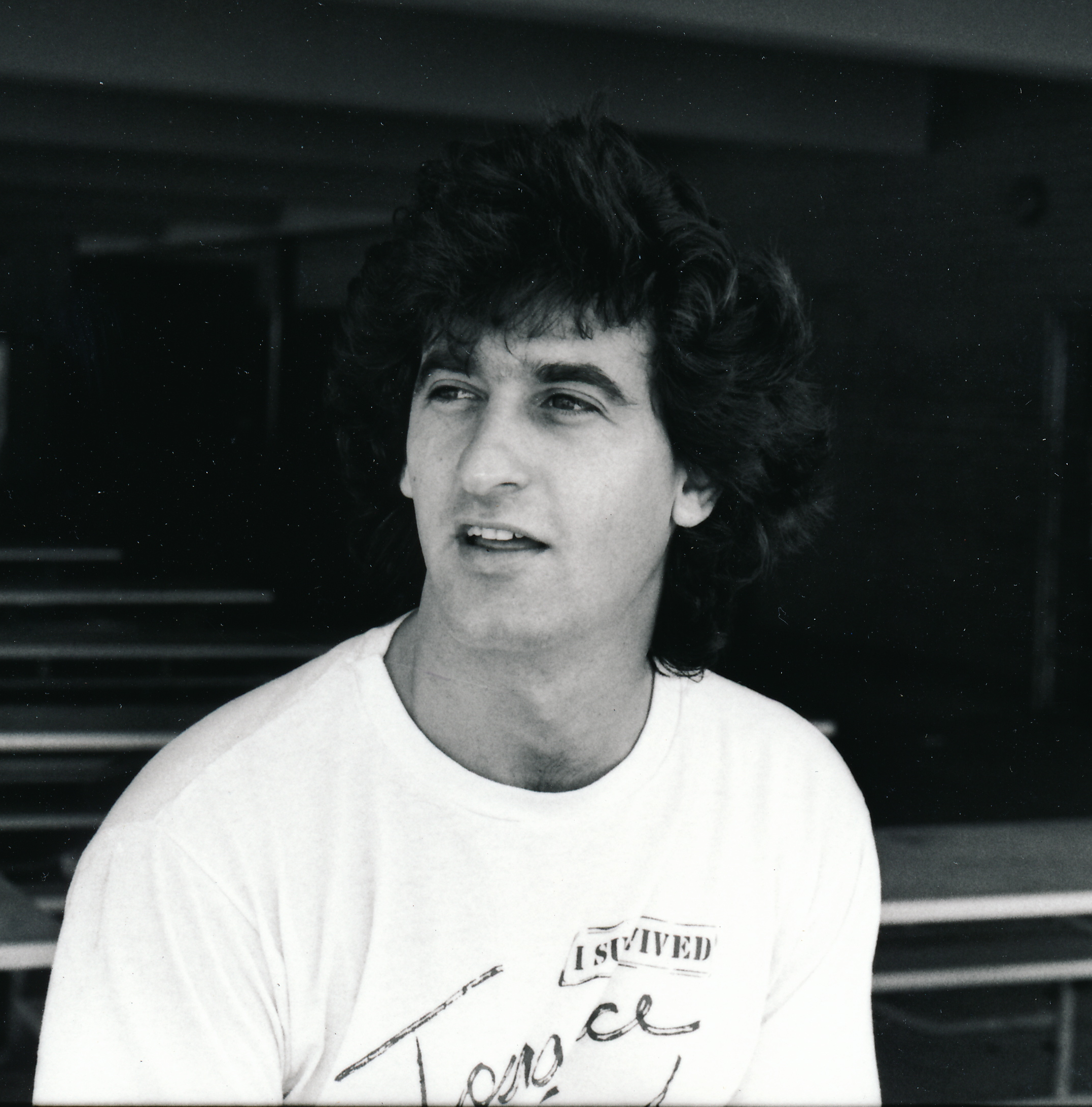 We were thrilled to be able to talk with Keva about the making of the original film as well as the Revisted updates and the ways in which high school life is now different. For information on upcoming screenings, follow the links at the end of the interview.

Before we dive in, watch the trailer here:

How did the original project come about?

I was making documentaries as an editor at a company. There was some extra film. Back then, it was 16mm film; there was not video. They had extra film that they kept from other projects; it was sitting in the refrigerator to keep it fresh.

I asked the owner of the company if I could use those things to start making a film. I always wanted to make a film on high school, because it’s sort of the great cultural unifier in America. Everyone has to survive it. Everyone has to go through it. There aren’t a lot of common denominators that we all share, but high school is one of those.

It’s a combination between the documentary and traditional cinema; it is observational and takes a fun look at the sociology of high school, instead of the educational aspects of high school.

How did you pick Rikki and decide to tell the story through her eyes? Her commentary as a foreign exchange student on American high school culture is dead on.

You start a project with an innocence like, “It’s going to be this.” Then funding doesn’t come through, and there are limitations of crew, and all that. As a result, I ended up focusing it on Rikki. In retrospect, that’s the best thing that could have happened to me, because then I focused it on her, and she became the guide through which you experience the high school. And because, like you said, she’s an outsider looking in, she has a complete, innocent, and fresh take on things.

An editor, particularly in documentaries, is a writer. My whole life I’ve always written scripts. Everything I shoot, I write. So I knew that it was going to be the first day at school to graduation, but what I didn’t know and what I was acutely aware of through the course of the year was seeing the transition of her character from alone, wide-eyed, and not integrated into the culture into someone who’s seduced by it over time.

So the answer is: part of it is luck, and part of it is knowing what you want, what story you want to tell, and I figured out that Rikki was my way to tell this story. Once I was tuned into her world—her world was popular, her world was all the school events, her world was pep rallies, and all that stuff–it turned out kind of great, because that’s the world that everyone relates to – those are the iconic tropes of high school. That’s what we export to the world–that vision of high school. 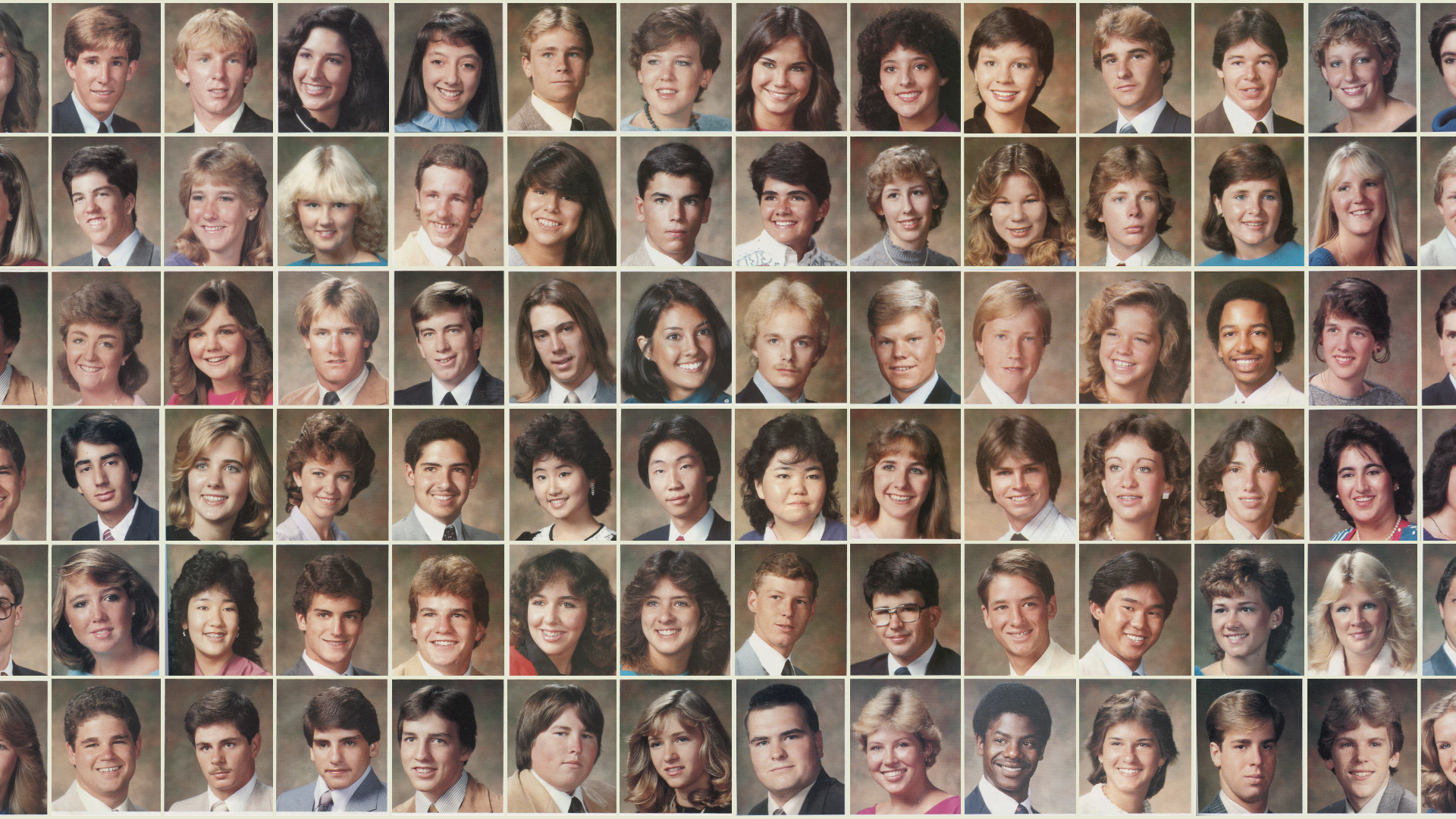 The crowd (2,000+ people) reaction was crazy, with all the laughing and clapping throughout the screening. Were you surprised by their response?

The film just opened up a window for them to talk about their own “high school-ness.” I couldn’t even believe that. I thought it would play to the 80s crowd or to people who had some nostalgia for it, but it played to anyone who survived high school, which is everyone.

That was really amazing to me, and as soon as I walked onto the street after the screening, all those people were there talking about the film. That response was just insane. You couldn’t even hear the continuation of lines that were being said in the movie, there was so much laughter, and there was applause.

Based on that screening, I was so encouraged. That screening was all the validation I needed that this project had found its audience. The theater was huge, with three tiers of seating. From the stage, I was standing there looking out at the audience and was overwhelmed.  Then, watching the movie and hearing the response was great. 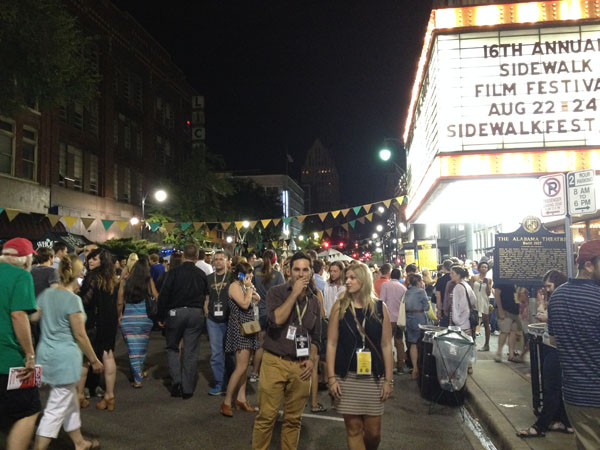 The street party following the opening night screening of ‘All American High Revisited’ at the Alabama Theater as a part of the Sidewalk Film Festival.

Which of the updates did you find most interesting?

I think to me, the most interesting thing was actually going back to Finland and filming Rikki. To me that was – just the act of doing that was very moving for me, personally, because that was the first thing I had—I had made films my whole life, but that was the first big job as a director that I did. I got a grant from AFI to do it. It was a big deal.

I remember filming Rikki when she was 17, and then jump cut forward in time. Now I’m filming her again at her house in Finland with her daughter, who looks the way Rikki looked when I originally filmed her. I’m looking through the lens and there’s a semblance of the girl in the woman, and then all of a sudden, I’m getting emotional.

It occurred to me as I was filming her in her home, surrounded by her family, that I have the longest relationship with her in that room. I precede her husband, her kids, everything. It was just very emotional. To me, that was one of the more interesting things I’ve ever filmed.

Of course, it’s entertaining to see all the 80s fashions and culture, but the audience reaction was stronger than just that. Which part of the film do you think accounts for connection it creates with the viewer?

When I think about of why everyone was coming up to me after the screening and talking about their own high school experience, part of it is that everyone still feels like they’re in high school on some level. No matter what age you are, you still have the 17-year-old self in your body on some level, or some semblance of that enthusiasm and promise.

A lot of people change. We all change, and we all take a lot hits. Life is hard, and all that stuff, but there’s a sense that you can always connect to an aspect of a 17-year-old. That was interesting to me. 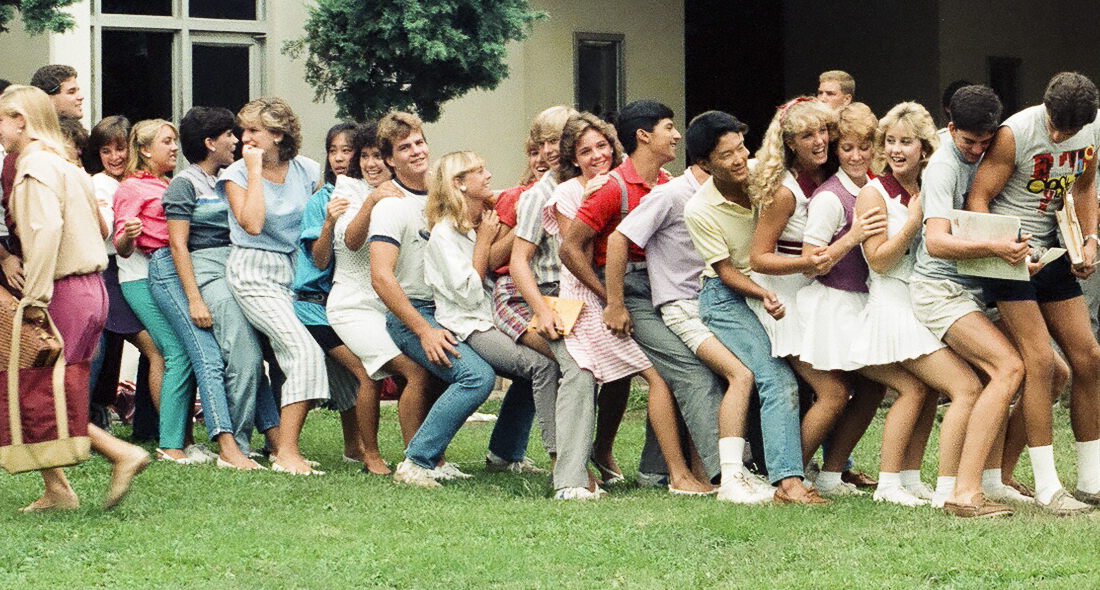 I read the original New York Times review of the film from the 80s when it aired on PBS. One of the criticisms in the review was the film made high school education in America look non-serious.

That’s the thing. So now I realize that if there was any criticism, it was about that. But I never set out to make a film about education; it was always about this girl being socialized and her experience at an American high school. Now, the film is being perceived as it was intended.

What’s really interesting to me is that all the students I met again did okay. No one is a CEO of a multinational corporation, but no one is living under a freeway. No one’s homeless. There were no deaths among the 30 people I re-interviewed for the updates. They did okay. They all have families. They’re all paying taxes. They’re in the middle middle-class. So, maybe there’s a value to what looks like what is silly, fun, and social. Maybe there was a value to that being taught (or at least tolerated) in high school, because it’s certainly not now. Kids today don’t have time for silly.

I’m not a sociologist; I’m just a filmmaker and a story teller, but there might be a value to at that age, or at that stage in life–at 16, 17, and 18—to encourage social stuff as opposed to minimizing it and focusing only on academics.

Right now, everything’s zero tolerance for any experimental behavior; it’s so competitive now.  There’s a lot more pressure growing up today. There’s some value to making mistakes as a child and just doing fun stuff; that’s what I think. That’s what I learned in this process: that there was not a huge down side to the fun all these kids had.

I so enjoyed both the film and talking with Keva about it. As it becomes more widely available, it is a definite must see. I’ll leave you with the transcript of the Valedictorian’s graduation speech, which is beautifully included in the film. This may be the best such speech ever. She posits many questions and offers no answers.

Here we are at graduation.
We did what was socially right, that is, we got an education.
However, each of us is going to wake up tomorrow morning, and ask ourselves: