It’s simple math. A decade is made up of 520 weeks, right? And for every one of those weeks, Billboard puts out a “Hot 100” list, detailing the top one hundred songs of those seven days. Now, granted, a hundred new songs don’t appear every week. (Just last year, Imagine Dragons’ “Radioactive,” for example, ended a record-breaking eighty-seven weeks on the Hot 100.)

Still, if I can get technical here, a LOT of songs cycle through those “Hot 100” lists over the course of those 520 weeks. So, riddle me this: with a decade’s-worth of hit songs stockpiled up, why do radio stations only play the same songs from the 1980s over and over?

Think about it: even now, in 2015, John Q. Radio-Listener can still hear songs like Bon Jovi’s “Livin’ on a Prayer” or John Mellencamp’s “Cherry Bomb” or Poison’s “Every Rose Has Its Thorn” on a regular basis. And yet, he will never, ever hear, say, Slade’s 1984 song, “Run Runaway.”

Now, this isn’t to say those other songs aren’t deserving of their extended musical shelf-lives. But are any more deserving than “Run Runaway,” a song that is fun and catchy and just begging to have a line dance associated with it? (In fact, someone get on that, stat!)

I’m going to estimate that we only hear 50 to 75 songs, tops, from the 1980s on the radio nowadays — and that number includes songs that are played as part of “nostalgia” shows, such as “The 80s at 8” or “Way-Back Weekend.”

With that in mind . . . I present this celebration of the “Obscur-Eighties,” songs from the 1980s that we don’t hear any more . . . but most definitely should. 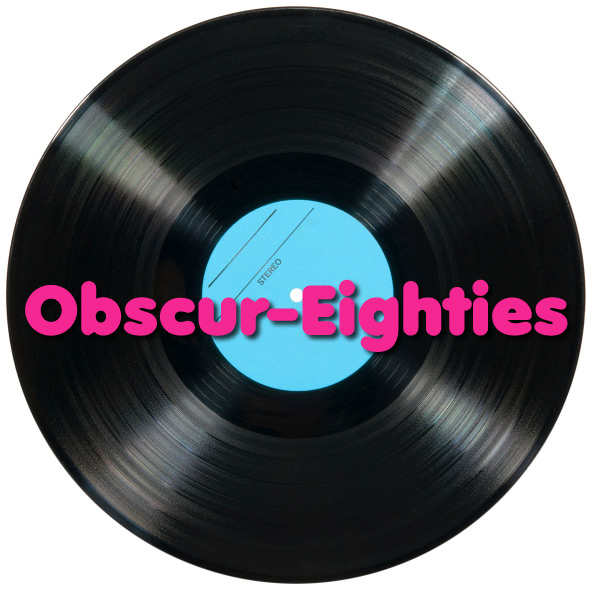 I’m not talking gimmicky songs, like “Curly Shuffle” or “Pac-Man Fever.” And I’m not necessarily talking about one-hit wonders. (For example, “Our House” by Madness is a song that I feel does re-surface with curious regularity.) I’m talking about halfway-decent songs to all-the-way-decent songs that, for some reason (or, more likely, for no reason at all), have been lost to the sands of time. And speaking of sands, we’ll start with a song that’s straight from the shorelines of 1985 . . .

It’s sadly ironic the band’s original name was “Yesterday & Today,” since we hear nothing from them today, and we really didn’t hear much of them yesterday. In fact, this is their biggest hit, and it only reached #55 on the Billboard chart. And that’s a shame, because “Summertime Girls” is a rockin’ anthem that DJs should be required to play every June 21st, to herald in the summer season. (The song also has an entertaining video, albeit one that blatantly rips off the video for “If This Is It” by Huey Lewis and the News.)

By the end of the 80s, Henry Lee Summers had two hits to his name (this, and 1989’s “Hey, Baby”). By the end of the 90s, he got hooked on meth and heroin. By the end of the 2000s, he had been in rehab three times and had been arrested twice (for drunk driving and for drug possession). These days, he plays bars and malls throughout Indiana. But all that doesn’t change the fact that “I Wish I Had a Girl” is really fun, and maybe a re-discovery of this song can help with continued rehabilitation of Henry Lee (who has been reportedly clean and sober for several years).

Obviously, the Queen of Disco’s heyday was the 1970s (when she had nine — NINE! — Top 5 songs during a two-year period). But if she were Hot Stuff in the 70s, she was at least Medium-Heat Stuff in the 80s as well, with songs such as “She Works Hard for the Money,” “This Time I Know It’s for Real,” and the long-forgotten “There Goes My Baby,” a remake/re-envisioning of a 1959 song by the Drifters. In early 1980, her song “On the Radio” reached #5 on the charts, and the radio is precisely where she needs to be. Why don’t we hear more of the late, great Ms. Summer nowadays? (And speaking of “late-and-great,” the lead singer of the Drifters’ version of “There Goes My Baby”? The voice of “Stand by Me” himself, Ben E. King, who died this past April.)

(Incidentally, notice I had a “Summer” theme going there — “Summertime Girls,” then Henry lee Summer, then Donna Summer?)

I’m lumping these three “Obscur-Eighties” together, not only because they are outstanding songs that are rarely played and even more rarely remembered, but because I uncovered fascinating facts about all of their origins:

Both of these were from the soundtrack of Two of a Kind, that rare romantic comedy with apocalyptic undertones. The film reunited Newton-John and John Travolta, as schmos who have to reform their ways in order to save the world from an angry God, played by Gene Hackman, who is determined to destroy the world by flood unless some decent human beings can be found. Oh, and Scatman Caruthers plays an angel. I wish to God or Gene Hackman that I were kidding about any of this.

Still, as far as upbeat, catchy songs go, these really are two of a kind, and they definitely deserve to be saved from pop-culture oblivion. (And check this out: Olivia Newton-John’s “Physical” stayed at #1 on the Billboard chart for TEN weeks — longer than any other #1 from the 80s. Yep: longer than the Police or Prince or U2. That’s historic.)

OMG, it’s GTR — the OHW (One-Hit Wonder) that had the potential to be musical VIPs but ended up going MIA after their only single was DOA. Actually, that’s not fair: this song is decent enough, and it reached #14 on the Billboard chart. But it definitely does not stand the TOT (Test of Time), since it almost never gets played. And as they say, out of sight, out of mind — even a mind ruled by the heart. R.I.P., GTR.

Since I started with one Slade song, I thought I’d end with the other one –a song that’s even more of an “Obscur-Eighty” than “Run Runaway” (if that’s possible). In 1983, this power ballad reached #2 in England (where Slade was huge in the 70s). But it only reached #37 in the U.S., and given how many people seem to remember it, I’m surprised it reached that high. Somehow, those Slade boys just couldn’t make an impact on the American market (Quiet Riot’s cover of “Cum On Feel the Noize” notwithstanding). Personally, I think of all the “coulda-been-a-contender” songs on this list, this song’s failure to launch is the biggest travesty. Especially as far as power ballads go, this song is my-oh-my good — I’m talking “Faithfully”-levels of good. Too bad no one knows it.

There you have it: ten lost songs (eleven, really) that I feel deserve to be pulled from the junk-heap of memory and given a good helping of Nostalgia Polish. How about everyone else out there in Internet-land? What forgotten gems would you throw in with these “Obscur-Eighties”? Let us know so we can start compiling “Obscur-Eighties, Vol. 2.”