Musical What-Ifs, Back to the Future Style

Home » Musical What-Ifs, Back to the Future Style

The Back to the Future trilogy is essentially a dissertation on chaos theory, on the ways that tinkering with the past can affect the future. Plow into one of Mr. Peabody’s trees in 1955? The Twin Pines Mall becomes the Lone Pine Mall in 1985. Interfere with your parents initial meeting? You could be erased from existence.

Now, let’s get meta for a moment and consider the making of the movies themselves. For example, everyone knows that Eric Stoltz was originally cast as Marty McFly, but after five weeks of filming, the powers-at-be replaced him with Michael J. Fox. (Poor, poor Eric Stoltz . . .) And one of the consequences of this change is that they also had to re-cast Marty’s girlfriend: Melora Hardin was all set to go as Jennifer Parker, but she got replaced when she was deemed too tall for Michael J. Fox.

But here’s the thing: what if they don’t bring in Michael J. Fox, and they stick with Eric Stoltz? Does that mean they also keep Melora Hardin? If so, we’d have a Back to the Future that ends with the heroin dealer from Pulp Fiction and Jan Levinson from The Office zooming off into 2015.

And here’s another “what if?” related to the Jennifer Parker character: actress Claudia Wells played Jennifer in the first BttF film but ended up bowing out of the two sequels in order to take care of her mother, who had been diagnosed with cancer; Wells was replaced with Elizabeth Shue. What if Wells doesn’t leave the franchise? Does she end up having Elisabeth Shue’s career? Does Claudia Wells get an Academy Award nomination for Leaving Las Vegas?

As you mull over those conundrums, here are three musical “What if–?” scenarios, all having to do the original Back to the Future (which debuted in the summer of 1985, thirty years ago):

What if . . . things worked out differently between Huey Lewis and Ghostbusters?

A 2004 Premiere Magazine article, commemorating the 20th anniversary of Ghostbusters, offers up the news about Huey Lewis: the producers of Ghostbusters originally went to Huey to record a song, but for whatever reason, he declined. But director Ivan Reitman was a big Huey fan, so he used “I Want a New Drug” as a “temp track” for certain scenes. (Note: a “temp track” is essentially an audio rough draft, something directors use to give music composer a sense of what they’re looking for.) And so, when the producers hired Ray Parker Jr., they showed him scenes that still featured “New Drug” on the temp track.

Did Reitman and Co. say to Ray Parker Jr., “We want a song that sounds like this?” Or was Parker Jr. subconsciously influenced by “I Want a New Drug” when he heard it on the temp track? The world may never know. But Huey Lewis thought Parker Jr.’s “Ghostbusters” sounded familiar enough that he sued. The two camps ended up settling out of court, with the Ghostbusters people paying Huey an undisclosed amount.

Now then . . . say Huey Lewis does NOT decline the invitation to work with Ghostbusters? Not only would this rob Ray Parker Jr. of the biggest hit of his career, but maybe Huey ends up not working on Back to the Future, because he doesn’t want to do two movie soundtracks in a row. Thus . . . Huey never writes “The Power of Love,” which is his first Number One hit.

Or, alternatively, maybe Huey is so jaded by the whole “you stole my song, you copyright-infringing weasels!” thing, he vows he will never again be involved in soundtracks. That means no “Power of Love,” no Gwenyth Paltrow duet (for the song “Cruisin’”), and no gruesome ax-attack to the tune of “Hip to be Square,” as depicted in the film American Psycho.

(While we’re on the subject . . . when you think about it, “The Power of Love” is sort of a curious “signature song” for Back to the Future. Sure, Marty wants to get back to 1985 to see his girlfriend, but their relationship is a relatively minor plot point. The real love story is between George and Lorraine, but “Power of Love” is never matched up with those two. Just saying . . .)

What if . . . Huey Lewis doesn’t give his Back to the Future song away to Patti LaBelle?

Apparently, Huey Lewis and the News was supposed to be one of Marty McFly’s favorite bands. (Marty even has a Huey Lewis poster in his room.) So executive producer Steven Spielberg and director Robert Zemeckis really wanted Huey to record a song with a time-theme for the film. An excited Huey dutifully wrote a song called “In the Nick of Time.”

But negotiations dragged on between Huey’s people and the Back to the Future people, and Huey ended up giving this song to Patti LaBelle, who recorded it for the Richard Pryor film Brewster’s Millions. Huey ultimately wrote another time-song, to play over the BttF credits: “Back in Time.”

Now admittedly, using one song instead of another doesn’t really change the world or anything, but it IS kind of cool to think that if not for lawyers dragging their feet, Huey wouldn’t have ever written “Back in Time” — which means the world would be denied the nifty play on words contained in the lyric, “You better promise me we’ll be back in time.” (So . . . is he saying that he wants to return in a timely manner, or that he wants to travel through the time-space continuum? Literally, I didn’t get that pun until maybe ten years after the fact.)

On a related note . . . I don’t really see how Huey Lewis and the News could be one of Marty McFly’s favorite bands. Marty seems more partial to Van Halen: I mean, he uses an Eddie Van Halen guitar-screech to torture his father George, and later, he spruces up his rendition of “Johnny B. Goode” with some vintage Van Halen guitar-shredding. How many diehard Van Halen fans had Huey Lewis posters in their rooms back in 1985? Again, just saying . . .

What if . . . the Family Ties people don’t let Michael J. Fox appear in Back to the Future?

As all Future-fanatics know, Fox was starring in the NBC sitcom Family Ties at the time of Back to the Future; in fact, he had to do a lot of filming for the movie at night, after he was done with the television show. 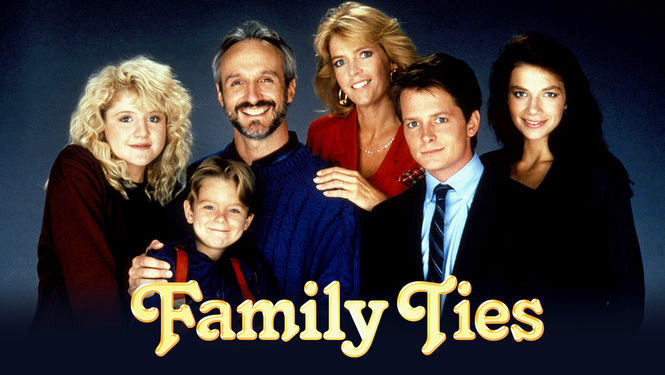 Now, let’s say, for whatever reason, the Family Ties folks are not particularly accommodating, and they don’t allow Fox to appear in BttF. That could potentially cause some major disruption of the cosmic tumblers. For one thing, since BttF basically jump-started Fox’s film career, that could potentially mean he doesn’t star in films such as Light of Day, Secret of My Success, and Bright Lights, Big City. Of course, since none of those films really set the world ablaze, maybe that wouldn’t be such a big deal.

HOWEVER, let’s say that Fox is so rankled that he missed out on this opportunity to star in the amazing Back to the Future blockbuster, he becomes impossible to deal with on the set of Family Ties. Eventually, Fox pulls a Charlie Sheen and is fired from/ quits Family Ties after Season 3. As a result, he doesn’t ever do the Season 4 story arc where Alex Keaton meets Ellen Reid . . . which means Fox doesn’t work with his future wife Tracy Pollan . . . which means those two never get married . . . which means their four children DO NOT EXIST. 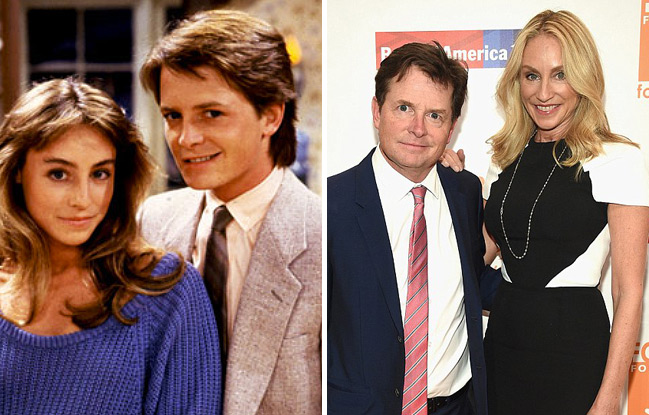 And an a side note (because this is, after all, an article about music) . . . if the “Alex-Ellen” storyline never exists, then Billy Vera and the Beaters don’t get their moment in the spotlight, since there is no romance for “At This Moment” to accompany. Granted, this doesn’t seem quite as important as the nullification of Michael J. Fox’s kids . . . but I bet it’s pretty darn important for Billy Vera!

Incidentally, I think a very good case can be made that Light of Day can be seen as an alternate universe sequel to Back to the Future.  Hear me out: So, in the original BttF film, Marty is a musician with rock-n-roll dreams. He’s even in a band, the Pinheads (once deemed “too darn loud” by a judge who bears a striking resemblance to Huey Lewis).  Now, in BttF 2, we learn that Marty injures his hand in a car accident, which ended up derailing his potential music career.  BUT in BttF 3, Marty avoids the accident that causes the injury, which means he COULD pursue his dreams after all.

So, maybe Marty takes the DeLorean into a future where he and the Pinheads — along with his sister (who has dyed her hair to look like Joan Jett) — move to Cleveland and play little-known Springsteen songs in smoky bars. And since the name “Pinheads” is so Hill Valley circa 1985, they re-brand themselves The Barbusters. Come on: it makes perfect sense!

Ultimately, these three “what if–?” scenarios offer up a counter-proposal to the message behind all the Back to the Future films. After all, the movies show that everything is mutable, that nothing about the future is set in stone. But thanks to the benefit of hindsight, it seems everything in these three scenarios was meant to happen. Ray Parker Jr. got a Number One song, Richard Pryor got a tune for his movie, Billy Vera got his fifteen-minutes of fame, and Michael J. Fox and Tracy Pollan got married and had four kids. Everyone ends up happy.