The editorial team at LT80s loves a good 80s read. So, you can imagine my pleasure in receiving a copy of Kate Reigstad’s new book ‘Fast Forward.’ This is a fun read for anyone that lived through the 80s as a teenager. Nat, the protagonist, wakes up after 26 years and finds herself not in 1989 as she thought, but in present-day 2015 — without having aged. It is the story of her adjustment to a new high-tech reality (with flat hair) and her journey to figure out what happened to her. An 80s girl, time travel,a love story and the mystery of what happened. Oh yeah, I was all in. While the book is listed as a young adult novel, it is a fun read for anyone. We were thrilled to do a Q&A with the author and hear her take on the differences between being a teen now versus in the 80s.

Tell us a little about you. Were you able to write Nat’s character as an 80s girl from your own experiences?

Absolutely! Although some things were a little fuzzy at first, once I started researching (with help from your site!) and asking my former high school buddies, it all started coming back. I had my New York high school in mind during the scenes at the high school, and I spent a lot of time listening to the 80s station on the radio while I wrote. We had GREAT music back then, didn’t we? 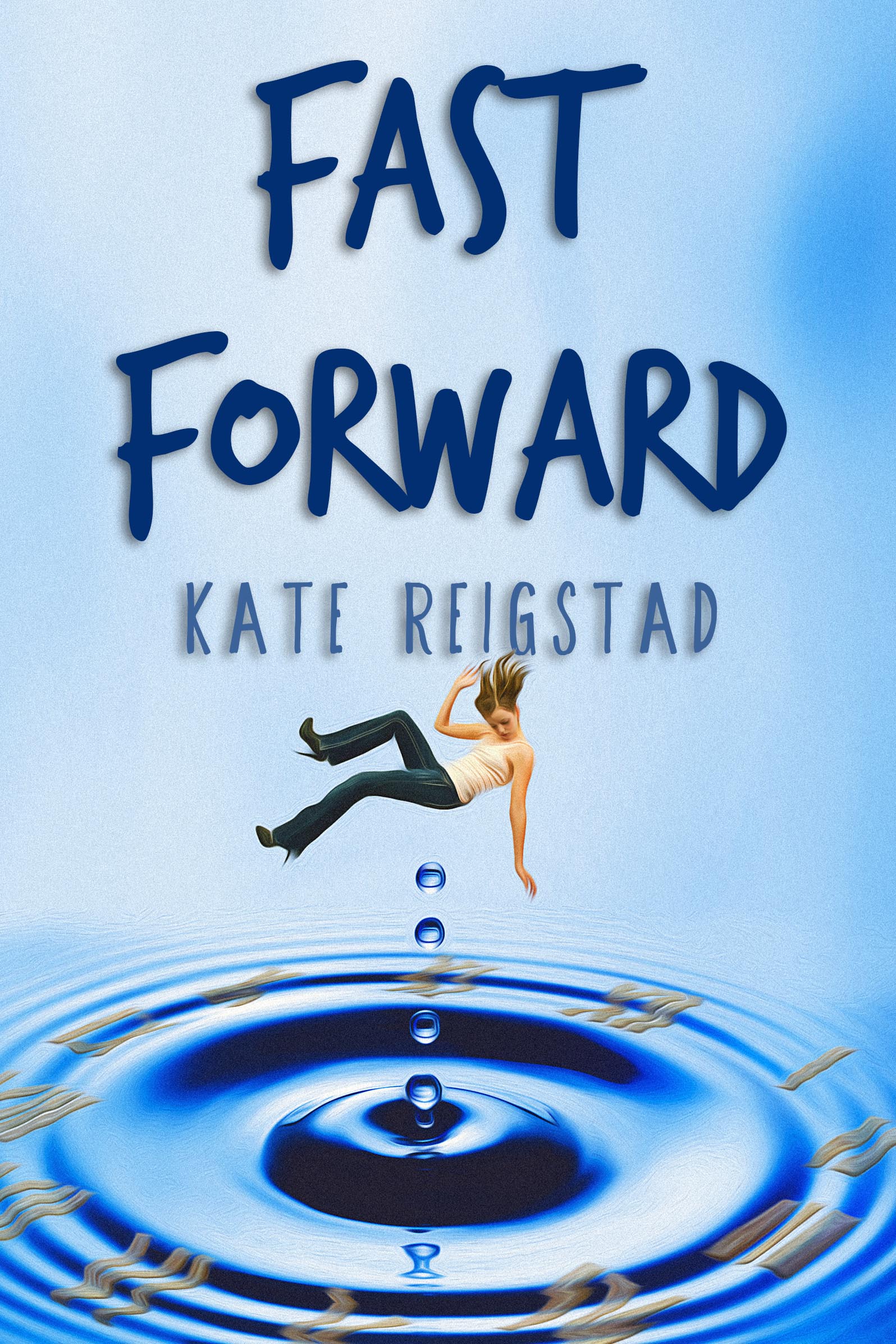 It is a lot of fun to see how an 80s teen would react if dropped into today’s culture with technology that is SO different than what we had as teens in the 80s. Do you think the experience of coming of age is improved by the technology or not?

What a *great* question. I’d have to say it’s definitely mixed. On the one hand, we had a lot more perspective on things as teens in the 80s because we weren’t embroiled in EVERYTHING 24/7. For instance, as much as we wanted to spend tons of time with our friends as teens in the 80s, in hindsight it was so beneficial to go home after school or on the weekends (or even over summer break) and not constantly know every single thing that every single other person was doing, like teens can today, courtesy of social media and mobile technology. And unless you were lucky enough to have a phone in your room, chances are you had to talk on the family’s phone that was most likely attached to the wall in the kitchen – so your parents kinda knew who you were talking to and what you were talking about. (Again, for better or for worse!) So from that perspective, today’s teens have a lot more social action on their plates, round the clock, and potentially less adult guidance. Not necessarily a great thing.  On the other hand – come on! Technology and teens! What a pair. Let’s face it – technology is FUN! If you use it right, you’ve got access to a world of collective knowledge, information, and creativity. If a teen today is ambitious and smart, he or she can even launch their own business right from their phones. So, although it seems modern childhood and the teen years are moving at the speed of light – which the “old lady” in me is sad about – the whole world is moving at that fast pace, and smart teens will harness it to make their own mark on the world. As long as they keep a strong grip on their foundations, they’ll do great.

What prompted the idea for the book?

I now have modern-day teens of my own, and oh, the conversations we have about “well, we didn’t have . . .” or “you mean you never . . .” and “back then, it was okay to . . .” and the like! I thought, I wish I could teleport my kids for a day or two back into my teen years so they could see the difference. And then I thought, what would teen me think of all this now? It seems in so many ways, it’s such a different world, and although our parents probably felt the same way, things are dramatically different now than in the 80s, especially for teens.

Best fashion trend from the 80s?

Ha! Well, I grew up in chilly upstate NY, so I had a very special fondness for leg warmers! Fashionable and yet functional, can’t beat that. And I hate to admit it, but I still can’t quite get over how dark jeans are now. Is it horrible to admit I miss stone-washed? Man, we were so cool. Like, SO. COOL. 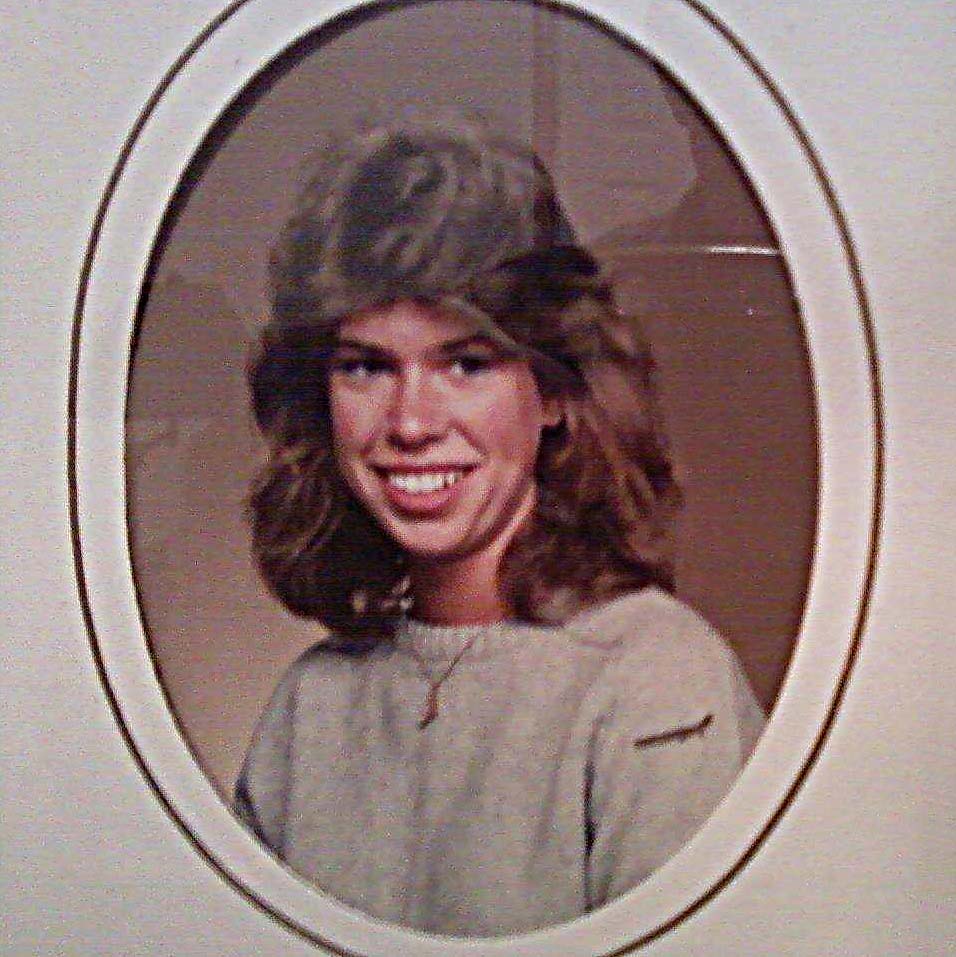 Author Kate Reigstad in the 80s

What do you see as the biggest difference between growing up in the 80s vs. today?

STRESS. I can’t get over how much pressure is on today’s teens beyond acne and who’s-dating-who. The academics, social media exposure/pressure, school violence, life going at turbo speed, the works. Even getting an after-school job isn’t just about stopping at the local store and filling out some paperwork – teens are in competition with adults for those jobs now, given the unemployment rates. And that stress isn’t going to let up. My oldest is a senior in high school, and he’s been applying for colleges and it’s crazy how different that whole process is. Really makes you miss the good old days of drinking out of garden hoses and coming home when the street lights clicked on. But like I said before, if teens are smart about it, they can make it work for them. . . but maybe the biggest difference is teens today don’t have MTV. Now that is really the tragedy, isn’t it?

What’s next for you?

I’ve got a new young adult trilogy in the works about a teen whose father is a top-secret therapist to the superheroes . . . until something goes terribly wrong (which it always does, doesn’t it?). And I’ve got an adult novel just out, WHEN KNIGHT FALLS, that’s a twist on DON QUIXOTE: A troubled actor is typecast for so long as a knight he finally snaps and starts believing he really is one (not realizing his beloved “fair maiden” is actually a murderer with plans of her own).  So, the next stuff is current-day . . . but I still don’t see me changing the radio from the 80s channel anytime soon.