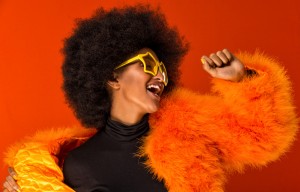 If you thought that the 80s were a thing of the past, you thought wrong. Look around you, the 80s is everywhere! Whether it stems from inspiration from new television shows or movies, 2019 is flooding with 80s trends.

Are you not sure where what 80s trends surround you? Because there are so many that have been embraced in 2019, it’s sometimes hard to distinguish what’s what. It’s even harder to notice for those who weren’t around in the 80s or very young during that time.

As blended as the 80 trends might have become with modern trends, they deserve full recognition for how truly amazing they are. That’s why we’ve put together a list of 10 80s trends that are making a comeback in 2019!

This might be an easier 80s trend to notice because it’s quite evident when a new show is based on a different decade. As you’re probably aware of, a new show to hit Netflix called Stranger Things is set in the early 1980s. It has become one of the biggest Netflix series yet.

It gets its inspiration from various books and cult movies of the 80s. These include Stephen King novels, The Goonies, and Alien. The show was able to take inspiration from these 80 icons and bring them to a new life in modern times.

Whether the rise of Stephen King is due to the airing of Stranger Things or not is uncertain. What is certain is that Stephen King is making a big comeback in 2019. He was the ultimate name in horror in the 80s and now he’s rising to the top once again.

One main reason why Stephen King is reclaiming his horror thrown is the release of the new IT remake based off of his novel. Pet Sematary is another Stephen King novel recently released in theatres as a remake. Horror is trending in 2019, so it’s only right the Stephen King is as well.

If you’re a Stranger Things fan, then you’re probably familiar with the local arcade that the main characters spend a majority of their free time at. Arcades like these are iconic of the 80s and they’re making their way back into 2019 as well. Many of them, like this arcade, offer the 70s, 80s, and 90s theme.

In arcades like these, you’ll find classic games such as pinball and much more. Most of the classic arcades offer an all-day pass available for purchase. Games are set in free mode and you’re able to play as much as you want for the entire day!

In the 80s, it was the Sony Walkman that made music portable and sharable. It’s a portable cassette player, which allowed people to listen to music on the go. With the rise of CD players, Ipods, mp3 players, and modern cellphones came the fall of the Walkman.

However, the Walkman was brought back to life by some small clips in The Guardians of the Galaxy movies. You can now see the Walkman hanging from the waist of people passing by everywhere!

Have denim jackets ever gone out of style? Since their debut in the 80s, denim jackets have remained a go-to clothing item for the colder days. They match well with just about anything, and now that the 80s’ denim on denim trend is back, there’s nothing you can’t wear your denim jacket with.

If plain denim is too simple for you, consider adding on some cool patches, another 80s trend making a comeback.

Jean overalls and high-waist pants have taken over social media. Each time you scroll, there’s another follower posting in one or the other. The overalls are even more fashionable when displaying bright colors.

High-waisted pants have become a trend of their own and most people couldn’t imagine any other kind of pants. Yes, we have the 80s to thank for this stylish trend!

Bright and color patterns are making their way back into 2019. A trend that started in the 80s, brightly colored clothes are now the norm. Bright colors can be seen on many influencers around the globe as they make their comeback.

Speaking of colors, tie-dye is another 80s trend that has made its way back into the spotlight. And although you might have some old tie-dye t-shirts in your closet, don’t let the fun stop there. Tie-dye is now stylish in shirts, leggings, skirts, crop tops, bathing suits, and much more!

One of the biggest fashion statements of the year is the reintroducing of clout goggles. Although this 80s trend can be found on the faces of many social media celebrities, there’s nothing stopping you from rocking them as well. Grab a pair from your local thrift store if you’re lucky and join the trend.

These oversized glasses are a definite statement maker.

Tired of wearing blue jeans every outing? Even with the different shades of blue, jeans all eventually blend together and it could seem like you keep wearing the same pair of pants even if you’re not. Luckily, colored denim is back from the 80s!

Green, beige, purple, pink, yellow, and pretty much any color that you can think of is available in denim pants. The 80s are well-known for many people rocking this style and they’re a lot of fun!

Although many people might have been against the fanny-pack comeback, they’re here and they’re here to stay! Celebrities across the world can be seen rocking one of these bad boys on their waists. In fact, fanny packs have made such a big comeback that big brand names like Gucci and Chanel are putting out their own.

The 80s started this trend but 2019 is bringing the trend back to life with vibrant colors and new designs!

These 80s trends have completely taken over 2019. And with so many things that we love about 2019 stemming from the 80s, it’s essential that we take the time to appreciate the 80s for all it’s given us. Interested in more 80s fashion, music, and more?

Keep checking back with us regularly for more knowledgeable 80s posts!