The Most Popular and Famous Dog Breeds in the 1980s 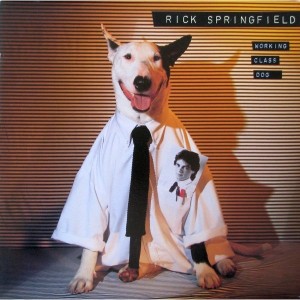 The 80s was the decade of big hair, leg warmers, and the Rubiks cube. It also saw the rise in popularity of some beloved dog breeds.

Man’s best friend, the loyal furry companion has been around for thousands of years. Throughout that time we’ve seen an evolution in the various breeds of dogs.

Each decade seems to have its favorites. These days we’ve even got “designer dogs” like Labradoodles and Cockapoos, which are essentially luxury mixed breeds.

But what about the 1980s? There were a variety of famous dog breeds in the 80s, let’s take a look at them here.

This darling dog was the star of the 1950s movie, the Lady and the Tramp. While its popularity dwindled after the movie, by the 1980s it was back in the top-ranking list of dogs.

The Cocker Spaniel was originally bred as a hunting dog in the UK and we first heard of them in the 14th century.

The Cocker Spaniel, much like its movie counterpart, is a joyful dog to be around with an even temperament and loving demeanor. They love adults and children, so they’re the ideal pet for a family with kids of any age.

These dogs are also great with other dogs as well as strangers, so if you’re looking for a watchdog, keep reading and learn about the protective breeds that made the list.

Weighing between 20 to 30 pounds on average, these dogs are perfect for those who live in apartment complexes or a small house.

The Labrador Retriever is America’s sweetheart, and continues to be a crowd-pleaser. It’s no wonder with their outgoing, lovable personalities.

Labradors originated from Newfoundland in the 1500s where they were used to catch fish that had fallen off of fishermen’s hooks. They were made for swimming and other water activities with their water-repellent coats and webbed paws.

In the 1900s the breed started gaining popularity in the US, where hunters and farmers were smitten with the breed’s work ethic and loving demeanor.

Aside from being the perfect family pet, labradors are working dogs, helping with search and rescue, hunting and as service animals. They make great family pets but will need to be exercised daily.

Labs are good with other dogs and people but will need proper training to help manage their energetic nature. These dogs don’t do well left alone or with little exercise because they may channel their energy into destructiveness.

On the bigger side, these dogs weigh anywhere between 55 and 80 pounds, with males being on the larger side.

When you picture a loyal, protective dog, the German Shepherd is probably the first breed to come to mind.

Hailing from Germany, the German Shepherd is a herding breed and is well known for its protectiveness over its family.

They are smart and easily trained which makes them great military dogs, police dogs or guard dogs. German Shepherds range in weight from 75-95 pounds and require an active family with ample space for exercise.

These hound dogs are playful and energetic and make an excellent companion for people of all ages. They originally hail from England, where they were used as hunting dogs for small prey.

Although loving and gentle, they can be stubborn and need a routine training schedule, particularly for housetraining. This breed is best for someone who is home for most of the day or can take their companion with them to work because a bored Beagle is a curious Beagle.

Weighing in between 18 to 30 pounds, these are little dogs with big personalities.

If you’re looking for an energetic furry companion who can live comfortably in an apartment but still enjoys lots of exercise and play, this breed is for you.

The Miniature Schnauzer is originally from Germany, where they were bred as guard dogs and ratters.

Miniature Schnauzers are smart, outgoing, friendly dogs that love their owners fiercely. Bonus points for the sharp mustache these dogs sport. The breed is perfect for a family that doesn’t mind the grooming needed to keep them looking their best.

These small companions will get no larger than 20 pounds.

The most ancient of the Chinese dog breeds, the Chow Chow is a result of cross-breeding the Samoyed with the Mastiff of Tibet. Its looks are unique, making this dog easy to spot. They have a blue-black tongue, face wrinkles and a mane of teddy bear-like hair.

This breed is aloof with strangers but loves its family dearly. Socialization at an early age will help acclimate them to children, strangers, and other animals.

The Chow Chow is a sturdy dog, weighing between 45 and 70 pounds.

If ever there was a sophisticated, refined dog, the Poodle is it.  Its origins aren’t quite known, as some think they hail from Germany where they were known as the Pudelhound (meaning to splash about, because these dogs love water!). Others say they descended from a French dog called the Barbet, which was then crossed with the Hungarian Water Dog.

They were also a favorite of French royalty in the 18th century. By the 1930s the breed started becoming well-known in America and in the 80s it was on the top of everyone’s list of favorite dogs.

Females typically weigh between 45 and 60 pounds and males weigh 45 to 70 pounds.

The Golden Retriever continues to be as popular now as it was in the 80s.

This breed originated from Scotland in the 19th century, making it one of the fairly newer dog breeds. The Golden Retriever’s friendly demeanor make them excellent family dogs, for households with children of all ages. However, like any animal proper socialization at a young age is key to exposing them to a variety of people, animals, and situations.

They’re adept at retrieving game (hence the name), as therapy dogs and in law enforcement. These dogs are easily trained and intelligent and do well in agility and other competitions.

Golden Retrievers thrive best in a home with a yard to run around in.  Expect the females to weigh anywhere between 55 to 65 pounds and the males to be about 10 pounds larger.

Often depicted in cartoons as the menacing guard dog, the Doberman, in reality, is far from that.

The Doberman Pinscher is an incredibly intelligent, alert and active dog breed. Hailing from Germany, this breed originated in the 19th century.

These dogs are natural protectors and make great guard dogs. This breed doesn’t like to lay around and chill out, they need to be stimulated physically and mentally.

Expect these dogs to weigh between 60-80 pounds with the males weighing about 20 pounds larger than the females.

With its short legs and long body, his oddly shaped dog wiggled its way into the hearts of many in the 80s. What they lack in size, they make up for in courage. Dachsunds are great watchdogs and even better family companions.

The Dachsund originated in Germany in the 15th century where it was breed to be a hunting dog.

The Dachsund’s long shape has a purpose and allows it to more easily burrow into the ground to catch prey. However, their backs can be prone to injury, so they should be discouraged from jumping onto furniture and other high places and their weight should be managed.

If your Dachsund is recovering from an injury, Innovet has some products that could help.

While training may not be as easy with this breed, a routine training schedule will help. These little dogs can weigh anywhere between 9 to 32 pounds.

You’ve seen the popular dogs from the 80s, and many of them still rank highly today. In fact, Labrador Retrievers, German Shepherds, and Golden Retrievers continue to rank as America’s favorite dog breeds.

This list may continue to change throughout the years but one thing that’s certain is the loyalty and devotion a dog has for its family, regardless of breed. Whether its a Cockapoo, German Shepherd, Poodle, our furry friends are always there for us.

Feeling nostalgic? Check out the rest of our site for more topics about your favorite decade.