Home » Pop Culture Past: Top 5 Teen Magazines of the 80s

Pop Culture Past: Top 5 Teen Magazines of the 80s 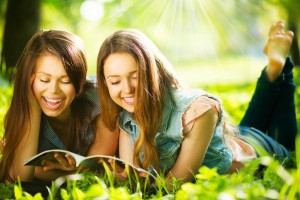 According to Quartz, 95% of people under 25 years have read a print or digital magazine within the past six months. This indicates that teen magazines are still trendy today as they were in the 20th century.

What comes into your mind about the 80s? The Sylvester Stallone movies or the famous bold hairstyles and silhouettes? Well, it was a time of teen fashion, music, hair, and celebrity culture-the youth never ran short of vibe.

Back around shortly! What were the most famous teen magazines of the 1980s? Read on!

This is a famous American teen magazine that dominated all over the world since 1963. It’s still published up to date and features sexy boys and sexy music. Its primary concern, however, has remained pop and stardom around it.

Since the 1960s, it has been a source of the hottest gossip and breaking news. Teen celebs, photo shoots, trends, interviews, and videos were contained in these magazines. This magazine was trendy amongst teenage girls because it was an absolute cracker and had all fascinating stuff.

If there has ever been an infectious pop-oriented magazine, then it has to be Smash Hits. It’s was a legendary UK teenage magazine that featured pop music and journalism.

This piece of art boasted writers such as Neil Tennant, Sylvia Patterson, and Miranda Sawyer. Launched in 1978, it saw its heydays in the 80s with teen and young adult stars gracing the covers, which are easy to design today using a magazine cover maker.

It saw a humorous and fun writing style with pop stars who had eccentric taste in music.

Although short-lived, it was legendary among magazine nerds. It went into action from 1988-1994 and featured young girls with tastes in music and fashion.

This magazine had amazing cover lines such as:

It had some cool stuff and sold across Asia, Europe, America, and Africa. With a bold form of writing, it also featured fashion shoots, fanzine reviews, and fiction.

However, this magazine encountered some criticism due to its revolutionary influence. It was perhaps due to this that its peak days were short-lived.

It was one of the earliest ever magazines to be published. Launched in 1944 in the US, it aimed towards developing high school and college girls into great women.

It published poems and articles in fashion and music. It has a mixture of some dubious articles that elicited criticism.

The Laufer Company published it and focused on African-American celebrities. This magazine covered everything involved in entertainment and pop of the days.

In the ’80s, it was instrumental in the popularity of teen R&B. Most notably was the teen group New Edition that was highly featured.

With such teen magazines, the class of the 80s must have had much fun then. Teen magazines were prevalent worldwide- that goes without saying! They were classic, bold, cheap, and teen-centric hence their wide popularity.