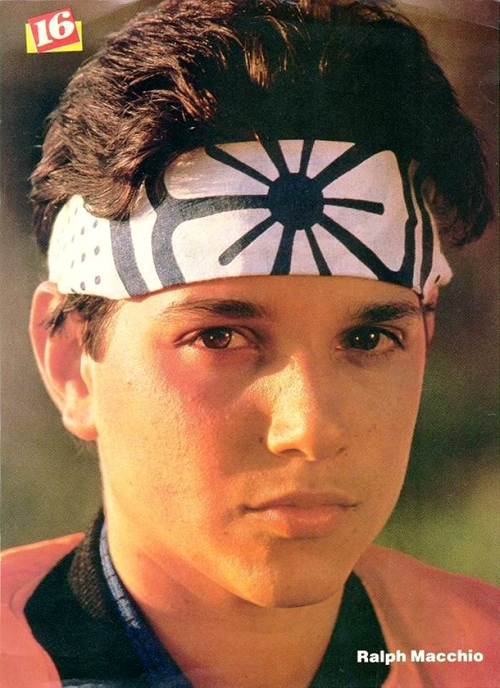 Wax On, Wax Off

In the 80s, The Karate Kid did for martial arts what Flashdance did for leg warmers. Girls loved the movie for heartthrob Ralph Maccio and guys loved it because – well because it was the ultimate kid meets bully, kid gets beat by bully, kid beats the you-know-what out of bully in the end.

It all starts when Daniel LaRusso, the Karate Kid (played by Ralph Maccio) moves to California, where he quickly makes some enemies. Unfortunately, Daniel is somewhat of a wimp and the enemies are all somewhat-disturbed karate students. Needless to say, a few old-fashioned beatings ensue.

So what’s a guy to do when in California without a friend in the world and a bunch of butt-kicking enemies? Turn to a local maintenance man for help, of course. A karate master, Mr. Miyagi, takes Daniel under his wing. As Daniel does odd jobs for Mr. Miyagi, he also learns the fundamentals of martial arts. Needless to say, “wax on, wax off” became the mantra of teenage boys everywhere and everyone wanted to use chopsticks to catch a fly.

The Karate Kid was an instant hit and, like all hits in the 80s, Hollywood thought it’d be a good idea to run this one into the ground. Karate Kid II and Karate Kid III were released, which was fine. Both starred Ralph Maccio as Daniel and both featured our dear Mr. Miyagi. Unfortunately, they didn’t stop at III. 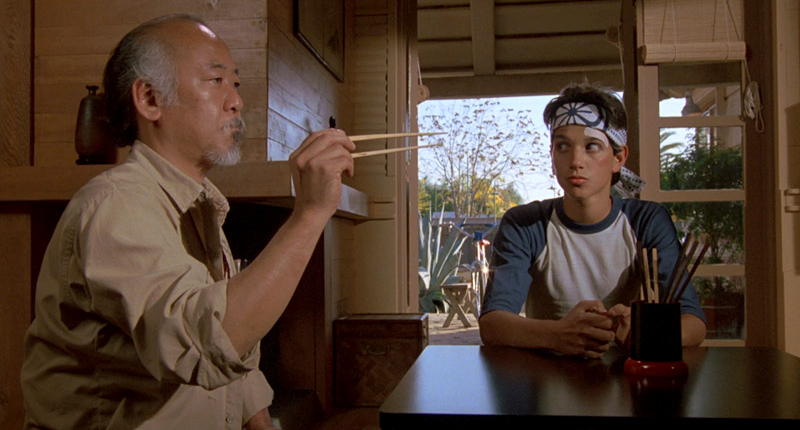 Eventually they tried to make a Karate Kid IV and it was oh, so sad. Since Maccio was a bit too old to star as a “karate kid” they decided to recruit a young Hillary Swank to play the part. It just wasn’t the same. The movie tanked and the Karate Kid series was another set of films that went out with a fizzle instead of a bang.