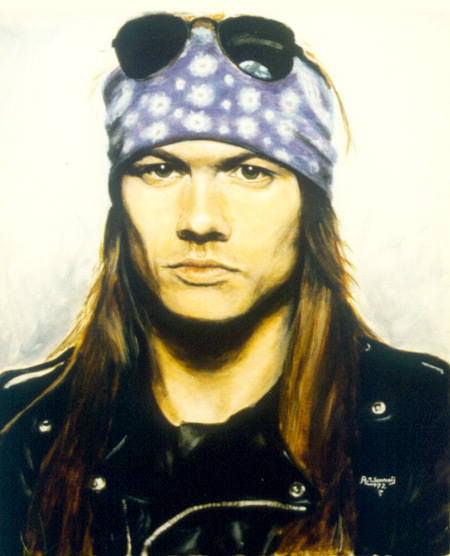 Brush up on your head banging and get ready be one bad a– dude. Attitude is a prerequisite to this costume. In addition to that, blend together the following elements and you are going to have to beat off the metal chicks with a . . . drum stick.

The Axl Rose Adaptation of the Metal Head Costume

You’re going to want to switch to the blonde wig for this version of the Metal Head. Critical adaptations to the above costume list are included below.

Party on, Wayne! Harrison Ford and wife, Calista Flockhart, rocked it hard this Halloween (2011) with their version of the 80s hair band look. 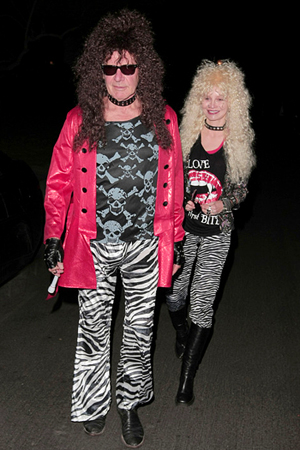