Top 5 Holiday Movies of the 80s

Ryan here! Back again with my Top 5 Countdown. This time, I am counting down the Top 5 holiday movies of the 80s. So, hop on your sled, it’s time to go!

Yeah, it’s a Christmas movie! Come on. . . . It’s snowing. . . . Billy gets the loveable Mogwai as a gift from his pops. . . . Phoebe Cates is smoking hot (which has nothing to do with Christmas, but still, come on, she is!). All Billy has to do is follow three simple little rules: 1) stay away from “Bright Light, Bright Light,” 2) don’t spill water on them or get them wet (Damn you Corey Feldman! You clumsy kid!), and 3) don’t feed them after midnight. Well, all three rules are broken and Gizmo breaks out and pops out puss balls like a teenage girl who ran out of Clearasil. Don’t fret though. Gizmo ends up saving the day and the slimy Gremlins are dead and gone. Give Gizmo credit, it isn’t easy taking on and destroying the lives of little monsters . . . just ask Kate Gosselin. 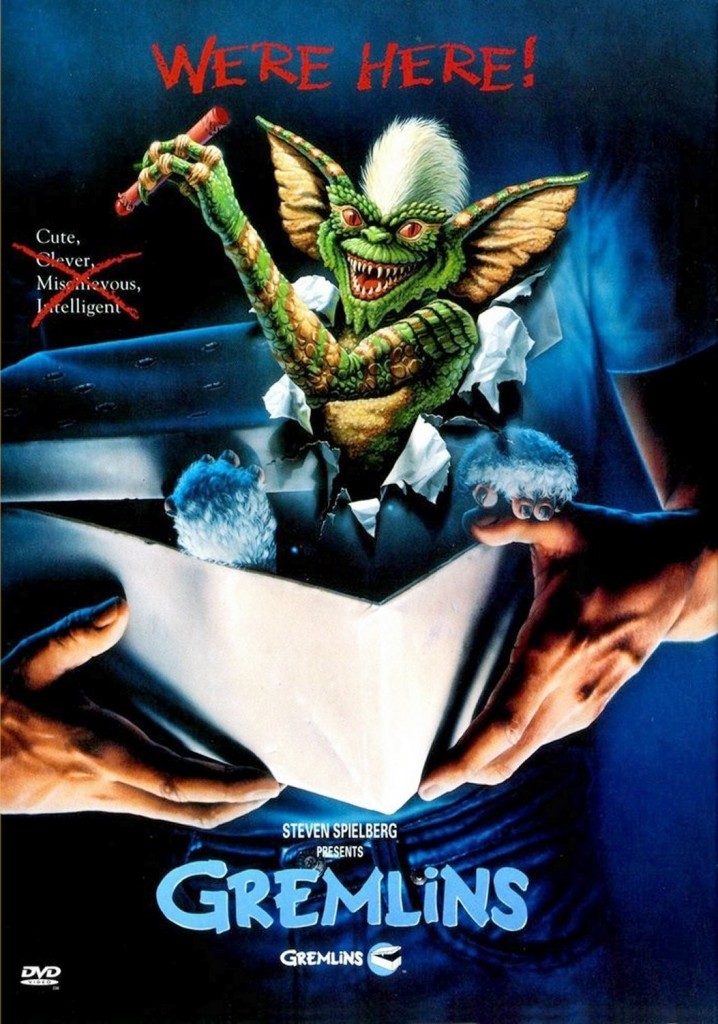 Taking a modern twist on a timeless classic, Bill Murray plays Frank Cross, the Scroogiest TV exec in the land, who is hellbent on success and putting on a live showing of The Christmas Carol for the viewing nation. His request for more “nipples” on his Christmas production and believing that stapling antlers to small rodents was a good idea, solidified him as a class A jerk. Soon, however, his encounters with 3 ghosts would help show him what a d-bag he has been all these years. These spirits transform Frank from one who cans people on Christmas, to kissing them on live television. If only Bill Murray actually possessed the ability to grant wishes too. I would do all I could to time travel and wish to him over and over to please never, ever, ever decide to star in Groundhog Day. It sucks over and over and over . . . and that is only when you watch it one time! 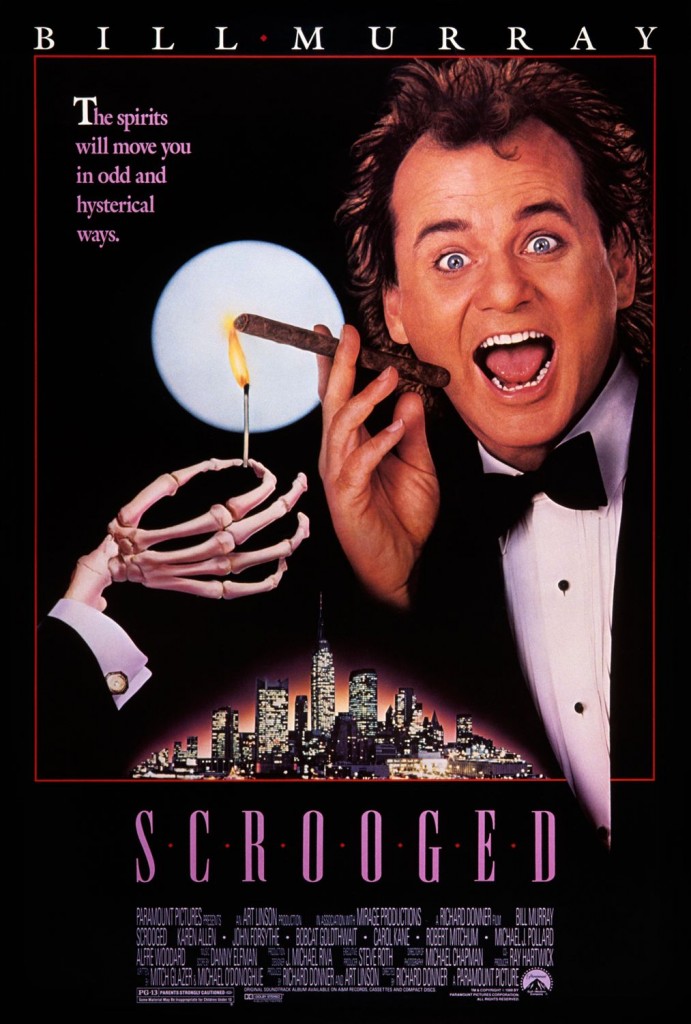 Yippie-ki-yay John McClane! You are in at #3 in our countdown. Die Hard isn’t really focused on Santa or Sleighbells, but a little Christmas Carnage Bruce Willis style is always on my wish list. McClane downs the bad guys and literally walks on glass to prove he is the baddest SOB this side of the North Pole. Hans aint’ got nothing on him, as he saves his wife along with saving the day. Willis has continued to (as recently as this decade) knock out sequel after sequel of Die Hard. And hopefully he will continue to be the leading man in life and on screen. You know . . . as long as Ashton Kutcher isn’t around. 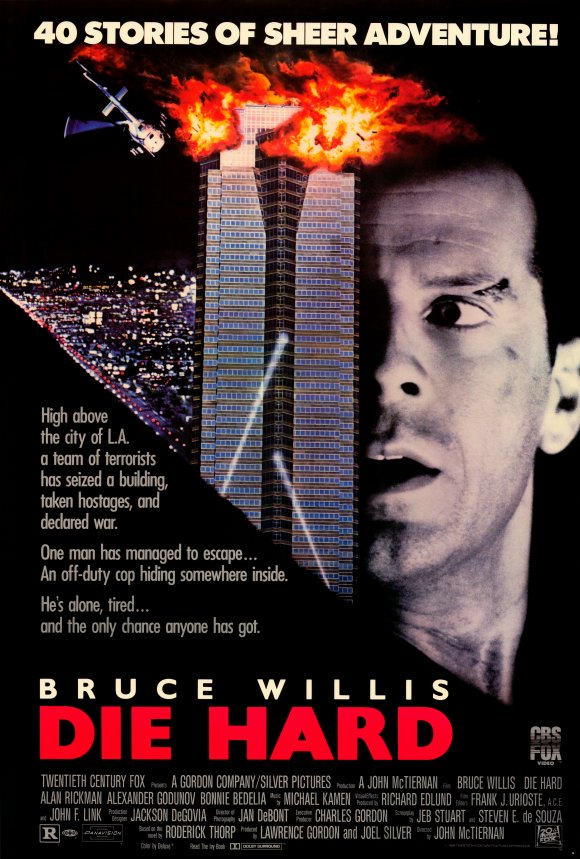 Even though Ralphie may have been a “Pink Nightmare,” A Christmas Story was a Christmas dream to anyone that watched it. What other movie can be on for 24 straight hours on Christmas Eve and still not get old? Whether it’s Ralphie decoding Little Orhpan Annie‘s secret radio message, fighting Scut Farkas (not Scott as I had thought for so many years), or hunting down Black Bart and nearly shooting his eye out, anytime you stumble upon the movie, it just gets you hooked and makes you want to see it through. Ralphie has recently been in the news, as he is a director for the recent film “Couple’s Retreat.” Plus good old “Flick” (Scott Schwartz), has also been in the news nude filming sure to be classics such as “Dirty Bob’s Xcellent Adventures 5,” where he has found a lot better (and grosser) usage of his tongue, rather than sticking it to a frozen pole. 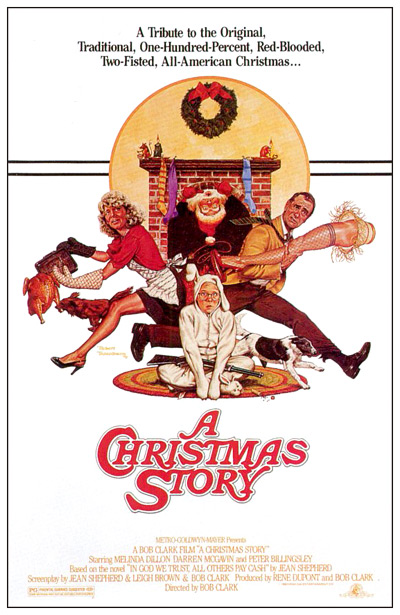 Now some of you naysayers may think Ralphie and his Red Rider deserve the top spot. Au Contraire my Christmas critics! It is Clark W. Griswold and family that secure the #1 position on this countdown! Just sneaking into the 80s in 1989, this Yuletide Yuk- fest will surely cause “Yule” to laugh all night. The Griswolds head out in the front-wheel drive sleigh to find the ultimate Christmas tree, have the whole famn damily over for Christmas Turkey ( a bit overcooked), and deal with a squirrel that hitched a ride in on a tree branch. Not only is it the best Christmas movie of the 80s, it also sparks the best reply in all of conversation. So, next time someone asks where they should put something, think of Clark on Christmas and reply simply, “Bend over and I’ll show you.” . . . Works like a charm every time. 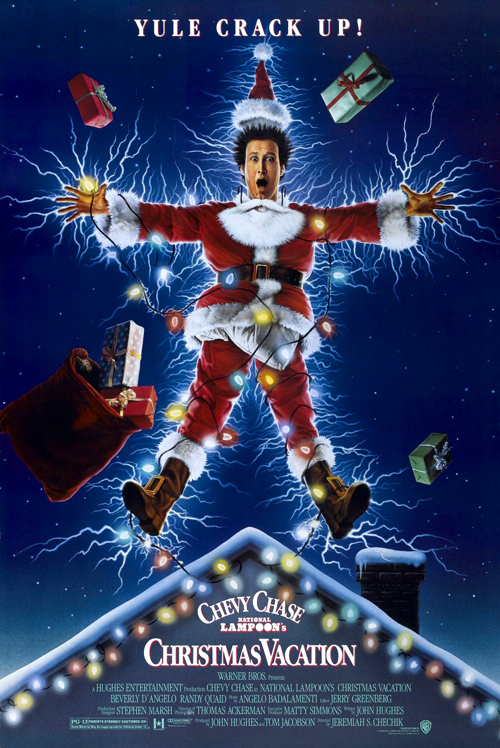