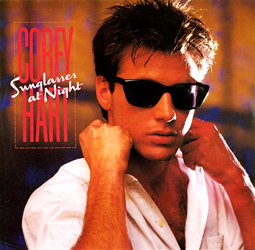 We are excited to bring you a Like Totally 80s interview with mega-star Corey Hart. Corey hit the music scene in 1983 with his debut album, “First Offence,” which included the hit song “Sunglasses at Night.”  He was just 21. He went on to release eight other albums between 1985 and 1998 and continued to top the charts in Canada throughout the 90s. This multi-talented 48 year old singer-songwriter speaks four languages and plays just about anything that makes music.

In our interview, we hear not only about his time at the top of the 80s music charts, but we get to catch up with Corey and learn what he’s been up to since then.

LT80s: How old were you when you wrote your first song? Did you know at that age that’s what you wanted to do?

CH: I was 14 when I wrote my first song. It was called “Thank-You.” But I knew music was gonna be my life purpose more like 11.

LT80s: Is French or English your first language?

CH: My first language is English but I am completely fluent in Spanish and French. I also speak a little Russian.

LT80s: How did you get your start? We read that you sang for Tom Jones when you were 13 and that you got your break a few years later when you met Billy Joel; how did that come about?

CH: Yeah I auditioned for Tom Jones when I was 12. I was so nervous my legs were shaking all through the song. I sent a tape of a few of my early songs to Billy Joel and his band members when they were playing a concert in Montreal. I got a call later that night after the show to come down to Long Island and work with them. Pretty cool.

LT80s: Did record companies encourage you to write your own songs, or did they try to put you together with a co-writer?

CH: Record companies I went to see in the early days knew that I wanted to be a solo singer-songwriter. Cause I told them over and over again!! At times this frustrated them

but overall my record labels have been very supportive of my songwriting process.

LT80s: One of our readers wanted to know if you ever thought that your music would have the impact that it has had on people?

CH: I never take for granted the wonderful gift my fans have unselfishly given to me over the years by expressing through letters or at my concerts how much my songs have meant to them. This is the highest tribute a writer can ask for. I didn’t realize until later how much of an impact or connection I made with them through my songs.

LT80s: What was your inspiration for the song “Sunglasses at Night?” We understand that it was added to the album First Offense after the album was finished.

CH: It was raining for almost 2 months straight when I recorded my first Album in Manchester, England. No need for Sunglasses.

When I got back to Canada I had this image of “Sunglasses At Night” ’cause I ended up wearing them sometimes in the UK at night. I begged the record company to let me go back to England and record this new song. Sure glad they did. 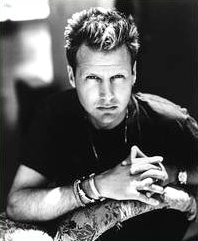 LT80s: How much creative involvement did you have in the production of the award-winning “Sunglasses at Night” video? Can you tell us a little about it?

CH: Rob Quartly was the video director. A gentleman & friend of mine. Rob used to call me ‘superstar’ and I in turn called him Idol-maker. We both worked on the concept for the clip. It was my first Vid so I had no idea what I was doing

but he was the perfect guy to work with.

LT80s: What advice would you give to someone that is experiencing early success like you did? I am thinking of your young countryman Justin Bieber.

CH: Don’t believe in the rock star mythology. It’s a dangerous drug and you need to remember that you are not a god or superhero just a musician that has been given the chance to live his dreams. Stay humble Mr. JB.

LT80s: The 80s have made an enormous return to mainstream culture in the last 5 or so years. What do you think accounts for this?

LT80s: What was your favorite movie from the 80s?

CH: Hmmm. How about Rain Man … and on that theme for my son Rain, Karate Kid.

LT80s: What are you up to now? Any chance that you would tour?

CH: I have a label called Siena with a new talented artist named Marie-Christine releasing her first CD in May 2011. The single is a song called “Totally Random.” But mostly I am raising 4 children with my beautiful wife Julie. I may tour again when the kids are older but right now I am a 24/7 Dad.

LT80s: Tell us a little about your family. Do any of your kids seem to want to follow you into music? 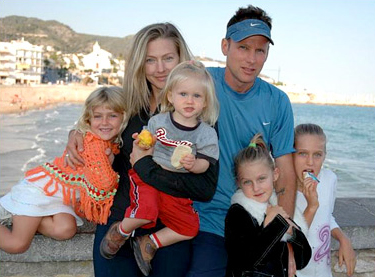 and loves to paint. My son Rain, age 7, … no tennis for him (Thank God!). He loves music like The Beatles and Tae Kwon Do. He’s the Karate Kid 4! Oh yeah and then there is our dog Summer, a Whippet, who rides like the wind.