Breakdancing in the 80s

Home » Breakdancing in the 80s

Breakdancing is one of the great gifts of the 80s. A good breakdancer’s moves are jaw-dropping, gravity-defying, and at times downright inhuman. They moved in ways that we didn’t even know the human body could bend. 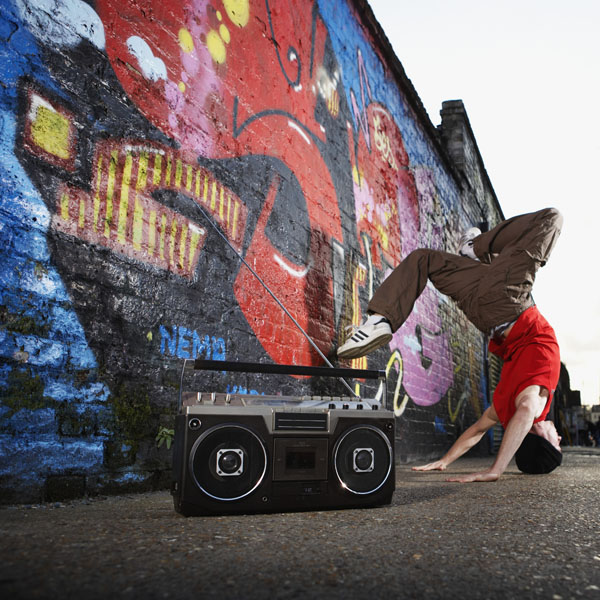 Here’s a great video clip about the history of the dance technique and its various types:

Back in elementary school in the early 80s, a few of the boys would bring their jamboxes to school and show off their breakdancing skills on the playground while we girls line danced to The Electric Slide and Do The Hustle. Oh, happy times, when we felt so trendy in our home perms and parachute pants. Those breakdancing boys (bboys) seemed impossibly athletic and talented. Well, they still do. These videos are mesmerizing for me.

In 1983, Michael Jackson started a craze when he glided across the floor during a performance of Billie Jean for a TV special called Motown 25: Yesterday, Today, Forever. The audience was stunned: What WAS that anyway? It was the Moonwalk, baby, and it took the world by storm. It was one of the first moves that a fledgling breakdancer was required to learn.

The 1983 movie Flashdance had a fabulous scene that introduced much of the country to breakdancing and helped push the fad into pop-culture consciousness. Alex (Jennifer Beals) and her best friend Jeanie stop to watch a slew of breakdancers in the street:

The TV show Fame, about young super-talented dancers, has a great breakdance scene from a 1983 episode that showcases all the hottest moves:

A young Ice-T rapped back in 1984 for the film Breakin’ (released in some countries as Breakdance: The Movie). Check out the testosterone fueled dance-off! Awesome!

This video for There’s No Stopping Us by Ollie and Jerry, also from the movie Breakin’, is such a blast from the past. This song is so smooth and fun, as are those sweet breakdance moves:

Alfonso Ribeiro, whom you might remember as Ricky’s friend from Silver Spoons and Carlton from The Fresh Prince of Bel-Air, released three songs by the time he was ten years old and starred in a Broadway musical called The Tap Dance Kid in 1983. All of which goes to say that young Alfonso was way talented in both the music and dance arenas. It was natural, then, that Alfonso presented a how-to kit for Breakin’ and Poppin’.

This commercial aired on MTV in 1985. I covet this set today, especially the vinyl LP’s and the rap sheet with lyrics. Wouldn’t it be awesome to read Alfonso’s raps?

Here’s Alfonso dancing with none other than the King of Pop for a 1984 Pepsi commercial, a eighties boy’s dream come true:

Time to get out of your computer chair and give breakdancing a whirl. Looks easy, right? Let’s start with the Moonwalk: 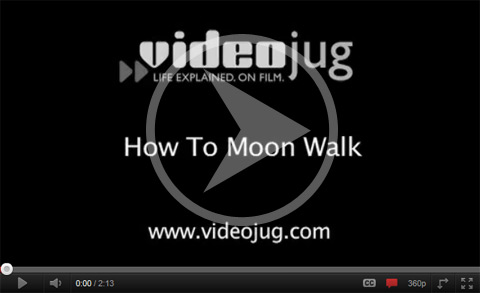 Click here to watch the How To Moon Walk video.

Watch and learn from this super-clear explanation of the Arm Wave, a vital component of breakdancing, by Curtis Zimmerman:

Heeee! It’s the Robot! Love it!! Tyson teaches you how:

Ready to up the ante? Here’s a great instructional video for the Windmill with tips from BBOY ACE. Love how he suggests you wear a beanie just because it’ll make you feel good, and you must have a slick shirt for spinning on your shoulder (Alfonso’s foldable breakboard, sold with his Breakin’ and Poppin’ kit above, would have been helpful for this move.)

Spend some quality time on youtube (there are a gazillion great instructional videos) and in front of a mirror. Soon you’ll be breakin’ and poppin’ just like Alfonso in the mid-eighties. TOTALLY rad.