One Size Fits All – UNITS.

The 80s offered many great and legendary mall-based stores where teenaged girls could shop after stopping off for an Orange Julius. For example, who can forget the awesomeness of Lerner? The new-wave chic that was Contempo Casuals? The sweater staples of The Limited?

To set the scene, think of the opening montage of ‘Valley Girl‘ with the girls tearing up the Galleria and their parents’ credit cards. Ok, now that you are in the right 80s mall mindset, we’ll remind you of one 80s clothing store that you may have forgotten about; let me give you a few hints: 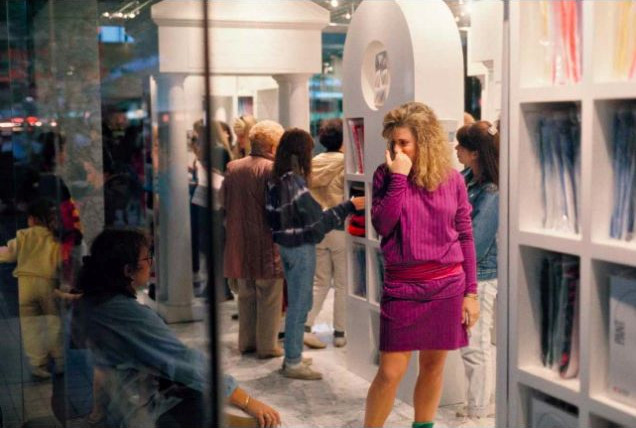 Units was the brainchild of Sandra Garrett who based the clothing concept on a school project at her fashion design school; she created a basic line of jersey knits that could be worn together, reversed, and interchanged to create completely new outfits. In the age of excess that was the 80s, Units was modern, clean and cool. 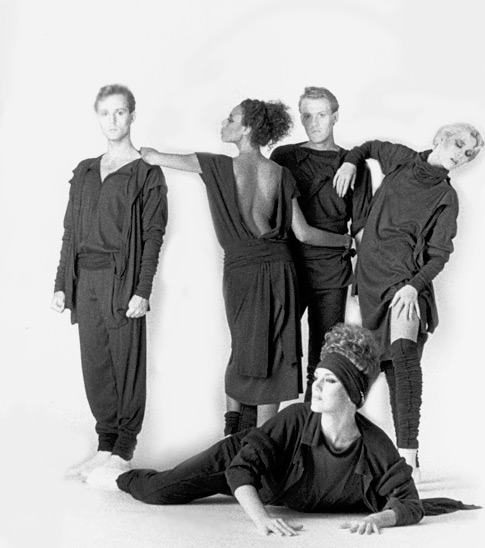 The designs took off, especially in Florida where I was living and (…this makes sense) teenage girls loved the look for its fashion-forward approach and senior citizens loved the pieces because of their simplicity and elastic-waist ease. 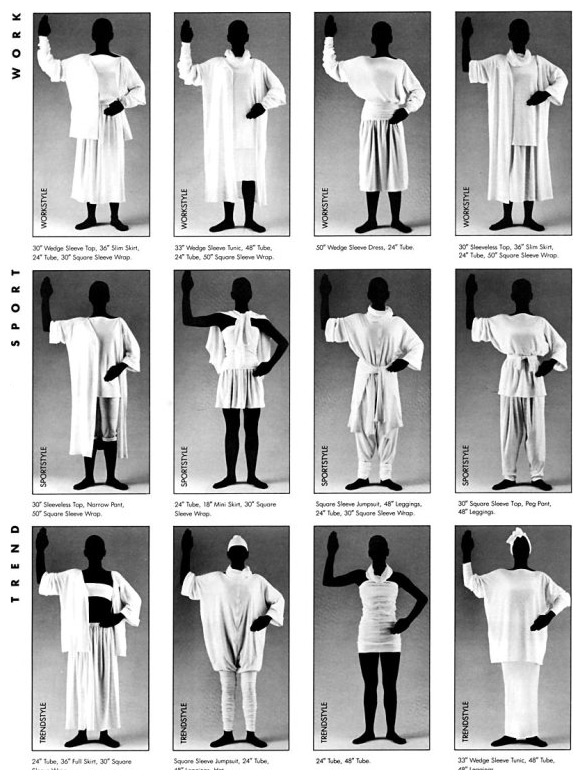 Walk into any Units store back in the day, buy six basic pieces (or “units”) and walk out with a completely new and modern wardrobe at a very reasonable price. 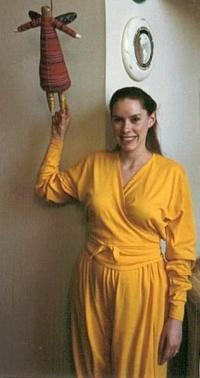 I recall lots of tunics, leggings, skirts over leggings, headwraps (loved the headwraps,so dramatic!) and single color blousy jumpsuits paired with a contrasting bands scrunched up and worn as a belts. My b/f/f Susanne had a very cool Units jumpsuit in tan that she wore with a navy belt. I was just so excited that I could finally share clothes with Susanne as she was tall and thin – with Units we were finally the same size!

The stores were small and didn’t have mirrors in the dressing rooms so you’d have to come out with your various bands on to take a look at what you’d done to yourself – that’s where the store associates would take time to work their magic, transforming tops into skirts and jackets into blouses. 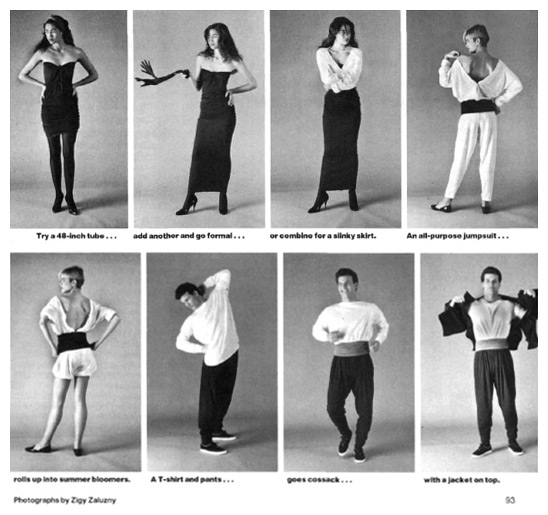 The fun part of Units was seeing how many pieces you could layer on yourself before hitting the point of ridiculousness. A tunic, some leggings, a band as a belt, a slouchy skirt, a headwrap and you looked like you belonged in a music video. Or maybe like you woke up and forgot how many articles of clothing you were actually supposed to put on.

Sadly Units is no more: I wish it was.

Because let’s face it — some mornings it would just be easier to throw on a jumpsuit along with a giant colored band, and matching headwrap. Instead, life has become more complicated and decidedly less one size fits all.