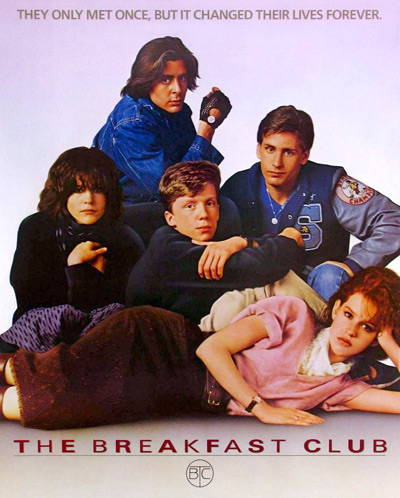 Do you remember The Breakfast Club? No, not a group of old men meeting at Hardees for breakfast. I’m talking about the 1985 movie, The Breakfast Club. For those of us who recognize the Brat Pack names Molly Ringwald, Ally Sheedy, Judd Nelson, Emilio Estevez and Anthony Michael Hall, The Breakfast Club is a movie we’ll never forget. It begins with glass shattering to reveal the setting, Shermer High School, Saturday March 24th, 1984. The glass shattering foreshadows the breaking down of social barriers, pre-conceived notions, and misunderstandings. The movie progresses from clearly defined stereo types, the Brain, the Athlete, the Basket Case, the Princess and the Criminal, to a deeper understanding of the characters and those aspects that make us each human and not a type. Why was The Breakfast Club so dear to our hearts? What was it about the jock, the prom queen, the punk, the freak and the geek that drew us to this cult classic time and time again?

Perhaps it was the blending of so many distinct personalities into what eventually became a group united by an all day Saturday detention and the goal of outsmarting the school principal, Richard Vernon. (Who could blame them for wanting to pull one over on a man who says things like, “Don’t mess with the bull young man – you’ll get the horns, “ or “The next time I have to come in here, I’m cracking skulls.”) 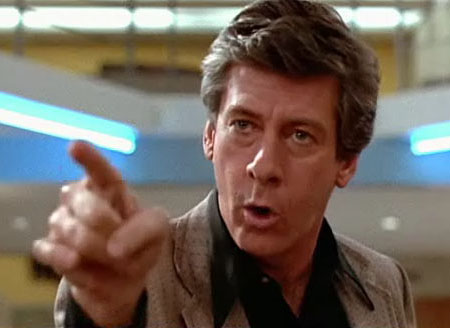 Maybe it was the bittersweet ending, when we realized that the characters really did like each other and had much more in common than they would have guessed, but would probably never talk to each other again due to peer pressure and the expectations of society. That moment of realization was emphasized by the film’s famous hit “Don’t You Forget About Me” by Simple Minds. Written and directed by John Hughes, this film captures perfectly what it is to be a teenager with expectations placed on you by parents and teachers that may or may not have anything to do with who you really are. In the end, it turns out that is not so easy to label the characters as the athlete or the princess or the criminal. Each of us, as the characters learn over the course of the movie, has elements of all those things within us. I personally think The Breakfast Club stood for what so many of us felt, but not many were willing to say. The jock should sometimes end up with the freak, the nerd should befriend the punk and the prom queen should think about someone other than herself for a change. “In the simplest of terms and the most convenient definitions,” this was a great movie.

John Bender (Judd Nelson) or dress up for your 80s party as a group and do all five characters from The Breakfast Club. If you have a larger group, you can always throw in Richard Vernon, the principal and Carl, the janitor. Breakfast Club t-shirts